by MCR 11 months ago in Young Adult
Report Story 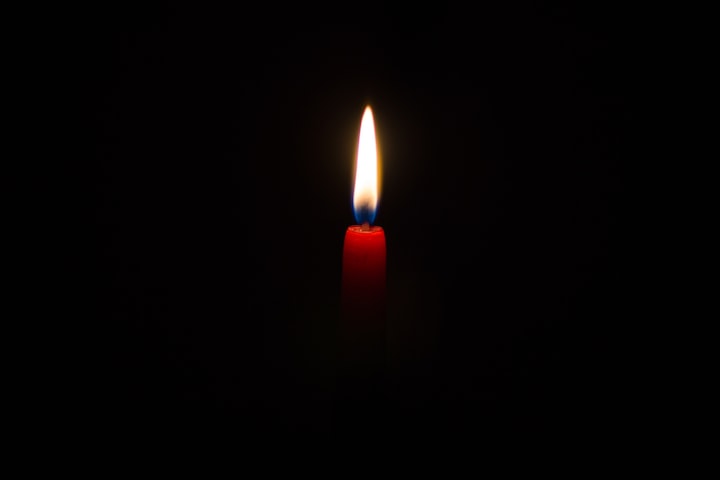 Photo by David Monje on Unsplash

“It’ll be fine, my friend. Don’t be such a worry wart!” V shouts over his shoulder as he marches toward the dilapidated and depressing old barn, his platinum blond hair virtually glowing in the sweltering summer sun.

“How many times have I heard that?” D wonders while rolling his eyes; still, he follows his plucky best friend.

They walk the rest of the way through waist-high, brittle grass and tangles of pig weed. The first step V takes on to the warped wooden porch holds, but the creaking crackle os splintering wood doesn’t reassure D any.

“Why do you think Mr. Z2x really sent us here?” D asks stalling V’s next step.

“Who knows why Mr. Z2x really does anything.” V answers indifferently. “He asked us to help him out and that’s all that matters.”

“But don’t you want to understand? Don’t you think there’s a reason he asks us to do these tasks for him? Maybe he wants us to learn something.”

“Besides the fact we are the only ones crazy enough to do these tasks for him you mean.” V chuckles punching D in the shoulder. “Seriously, though, we don’t learn anything by wondering now do we? Hint, hint. Quit stalling. Let’s go.” With that, V takes another step onto the porch.

D can’t help but wonder at the mysterious way Mr. Z2x pulled them aside and walked them out of class the other day. “Boys, I’ve got another important mystery for you to solve.” Mr. Z2x whispered urgently. “This is serious; none can know. The Authorities are becoming more suffocating. Soon, I’ll be able to teach you only that the sky is blue, mountains are tall and we, here in the land of 2334, are the only people that exist or ever did exist. They are making us forget. They are trying to control us. We can’t let that happen.”

I had never heard such candid urgency from Mr. Z2x before. Although Mr. Z2x was only in his early 20’s, I thought he was the wisest, bravest, most confident man I’d ever met.

“Take this knife.” Everyone in 2334 carried knives, not for protection but for practicality. “If you unscrew…”

Mr. Z2x!” Mr. T6x, the principal of Elementary School, shouts while standing in the stone doorway of the ancient school. “In my office now!”

A look of fear flashes across Mr. Z2x’s stoic face. Then his steely eyes darken, as he resolutely walks away, passing the knife discreetly to me. We looked after him in dismay.

Mr. T6x’s beady eyes darted menacingly toward us. We ran before Mr. T6x decided to bring us in also…

“D! D!!!” V yells, bringing D out of his reverie. “Earth to D! Where is your head?! I’ve been calling for hours! I’m stuck! Get me out of here!” V yells out of frustration rather than pain. If there one thing that drives V crazy about D, its his tendency to think too much at the wrong time. Perhaps D could say the opposite of V.

With a smirk stuck on D’s face, he gingerly places his sneakered foot on a sturdier plank and slowly approaches V, who is almost to the door, if you could call it that. Its really more like a filthy piece of burlap with more holes than fabric. “Okay, V let’s get your foot out of that hole.”

“Gee thanks. Any time would be great, D.” As usual D takes his time inspecting the hole in which V’s foot so inconveniently sank into.

“Now! Do it now D. Cut off my foot, whatever! Just…OUWWW! It’s got me!” V, starting to panic, grabs D’s arm with a vice grip and looks pleadingly with wild blue eyes at D.

D, realizing he doesn’t have much time, grabs V’s arm pulling mightily. The force of his action pulls V out and they fly through the burlap door in a cloud of filthy dust. Whatever had a hold of V, was gone for now.

What was that?” D asked. V could not answer, just shook his head and trembled. “Let’s get away from the door in case it comes back!”

V didn’t respond he just got up and stumbled farther inside. The barn was quite unremarkable.

"What’s supposed to be so great about this rickety old barn, again?”

D carefully walks over to V, the remaining rotten old floor boards bowing with every step. Strange noises, creaking, scratching, fluttering, pounding, whistling all could be heard singing a sad, unnerving song of loss, despair, anger and vengeance. Voices from the past, perhaps, beckoning to be understood.

“We need some more light.”

While digging through his backpack, V thinks back to the events leading up to this moment. After Mr. Z2x was ominously ordered to the principal’s office we sped off, stopped at the edge of the clearing and hunkered down in the blueberry bushes so we wouldn’t be seen. Most everyone had headed home through the aspens on the south end of the school grounds. Headed homeward toward the tight huddle of stone houses where most of the community lived. “Let me have the knife.” I demanded.

D cautiously handed it over. I turned it over and over, trying to find some sort of clue. “Wait a minute,” D remembered, “Didn’t Mr. Z2x say something…”

“About turning…” Got it!” I shouted louder than intended.

“SHHH! You knucklehead; we are going to get caught!”

“By who the chipmunks?” I scoffed, realizing my error, but not about to cop to it. As I turned the pommel of the hunting knife, out came two things…

“V! have you found the matches yet?” D said with exasperation, breaking me out of my musings.

“Oh! Yeah, Dude. Sorry. Here.” V says while striking the matches and lighting a couple of candles. “Do you have them?”

When D carefully opens up a tattered piece of cloth, with hastily written words scrawled on the back, an old skeleton key falls out into his hands. The note reads:

Ol’ ED Bean ran to the

Mountains Where he discovered

Never had he sought

The wonders to be got.

“Well, we figured out the first part easy enough. He’s sent us to this barn plenty of times for various other tasks. Now I guess we know why. But what about the rest?” V wonders impatiently.

“Well, we got the Old Barn part. Lets figure out this last part. You got a note book and pencil?”

“Okay, here goes. Write these down.”

“You know better, V” D admonishes absently. “Let’s see, he must have been in a hurry, because this was the easiest to decipher yet. Minds cannot be confined.”

“How’s that supposed to help us, D? That’s not a clue, that’s one of those philosophy things he likes to say so much. Why couldn’t he just say, “Go to the trap door and use the key. Below is lots of treasure. Speaking of below. Where do you think that monster is?” V rants in a rush looking suddenly worried.

“I don’t know, V.” Let’s look around for your trap door, though. The key has got to be important.”

The barn is large, but otherwise quite ordinary. They stumble though moldy, old hay and around missing floor boards looking for some sort of…

“I heard it too! It sounds like voices! The Authorities! They’ve found us! But how…”

V and D look at each other in shock. What did they do to Mr. Z2x?

They look around the open barn in desperation. The voices are nearing! They are many. In the boys panic, V takes one wrong step and falls through a hole in the floor. He reaches out for D. Taking him with. They don’t fall far and are fortunately, mostly, unhurt. Its dank and musty. Mice, Spiders, worms, ear wigs, and other mysterious insects start crawling all over them. D hates insects, but before he could yell and give them away V clamps a hand over his mouth. The voices are even closer now and the bootsteps stomp louder. D and V roll over and start crawling around, looking for some escape. D is on the verge of panic, but is able to rein it in.

Suddenly, V grabs D’s arm and points to something out of place. It’s a tiny door, big enough for a tiny mouse. They silently scramble over debris until they reach it. D, shaking, takes out the key and fits it to the keyhole. D tries to turn the key in the rusty lock.

Abruptly, V starts pounding D on the back. “Are you nuts, V! What are you…”

Remember the monster from under the porch? Looks like there are more than one. And here they come…

D finally breaks the rusty tumblers loose and the key clicks into place. At first, nothing seems to have changed. They were still in a small, dank place. Once they have a chance to calm down, however, they realized it was not the same place at all! The air was cool and fresh, the only noise they heard was the intermittent drip, drip. It was darker than the cellar, but there were faint rays of early dawn coming through cracks in the glistening bedrock.

“What the heck! Just. HAPPENED, D!!” V shouts like it’s all D’s fault. D just stares back blankly; too shocked to respond. V starts to shake D. “Snap out of it! We need to figure out what is going on!”

D blinks a couple times and shakes his head, sits down heavily on a cold, slimy rock and slips right off landing hard on his butt. V starts laughing and soon D joins in. “Ok, D. No more horsing around. Do you think Mr. Z2x knew this would happen?”

D just shrugs. “I guess so, the key did fit. Why was the door so small? Why was it down in an old cellar? What were those monsters? What are we doing here?” D starts rambling. Gears turning, he gets up and starts to pace.

“None of that matters D!” We need to figure out how to get out of here.”

“The key, V, of course. See, here’s the door still. But we can’t leave now we have to figure out why he sent us here.”

“Let’s get some sleep first.”

They get out their burlap sacks to lay on. Despite the cold, wet stone, they fall asleep within seconds.

“D! Wake up!” Do you hear that!” More light is streaming through the many cracks giving enough light to see objects, but not enough of see details.

D listens and sure enough they hear grunts and huffs almost like humans talking at a distance, but the creatures’ shadows can be seen on the rock walls and they are coming close. V and D hunker down behind a stalagmite and watch. Pretty soon the creatures can be seen walking. On two legs. Taller than apes. V and D look at each other and whisper. “Cave men!”

More stories from MCR and writers in Fiction and other communities.