Crux and the Old Pear Tree

by Nicholas Kleinhenz 10 months ago in Short Story
Report Story

Never judge a book by its cover 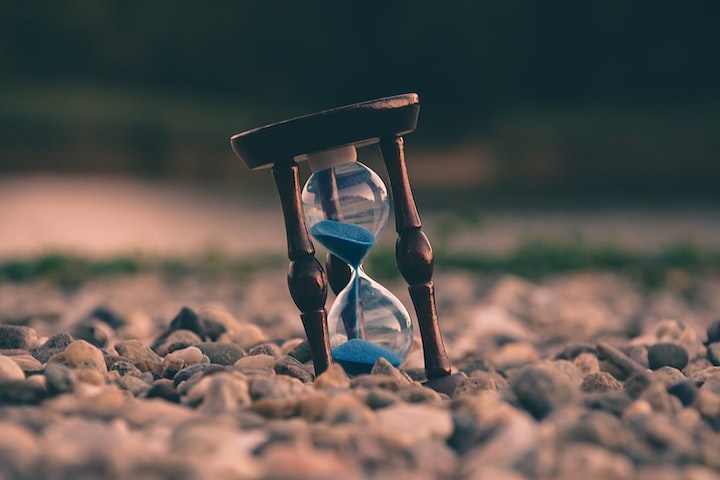 Ten-year-old Abigail and her parents had finally gotten settled into their new home after two weeks of non-stop unpacking. It was a two-storey home with a Victorian era design that cost Abigail’s father, George, a large sum of money. The fenced-in back yard was complete with an in-ground swimming pool, swing set, and a nearly twenty foot tall pear tree. These features were a large part of the appeal of the house. Abigail’s mother, Christina, loved the pear tree most of all.

Abigail had gone outside to play on the swings one day when she noticed something odd about the pear tree. Her parents had not been able to spend time in the back yard due to their efforts in getting the family settled into their new home. Abigail knew that they had not yet noticed the anomaly, so she ran inside to ask them about it.

“Dad, have you noticed the names on the pear tree?” she asked as she bounded into his upstairs office.

“No, honey, I haven’t gotten a chance to look at it up close yet.”

“There are a bunch of names, like, carved into it.”

“Probably just the names of the previous owners,” George assured her. “Go play now, Daddy’s busy setting up his office.”

“Alright, Sweetie, you do that.” George responded as plopped down in front of his desktop monitor.

Abigail rushed downstairs to the kitchen where she found her mother washing dishes and stacking them neatly in the cabinets. “Mom, have you noticed the names carved on the pear tree?”

“Not yet, Abby,” she replied as she dried her hands on the towel hanging on her waist. “Let’s go see them.”

Abigail and Christina strolled outside to have a look at the pear tree. Christina ran her hand over the scratches in the bark of the tree. Seven names were scratched into the bark of the tree – three females and four males. “Do you think it was the previous owners?” Abigail asked impatiently. “That’s what Dad said.”

“I don’t think so,” her mother replied. “Maybe the ones before that. We bought the house from an elderly couple, but who knows how long this tree has been here?”

“Is it really that old?” Abigail asked curiously.

That night Abigail tossed and turned restlessly in her bed imagining what the people whose names were scratched into the tree were like. She imagined all of them as a big family running around the house playing together. She wished she had siblings to play with like they had in her mind. It was then that she heard a strange humming sound coming from the back yard. It sounded almost like a man humming a tune that she didn’t recognize.

Abigail hopped out of bed and looked out her second-storey bedroom window. She saw a ghastly, monstrous looking creature standing beside the pear tree. It’s back was turned to her, but she could see that it was taller than her father and its shape resembled that of a man. Abigail quietly crept to her parents’ bedroom across the hall to tell them about it. Her father was snoring loudly, but her mother was roused by the creaking sound of the door opening.

“Abigail, what are you doing up?” her mother asked quietly as she rubbed her eyes.

“There’s a monster in the back yard.” Abigail said quietly as she approached her mother’s bedside.

“I’m sure you just had a nightmare,” her mother said in a reassuring tone. “Get yourself some water and go back to sleep.”

“I didn’t have a nightmare.” Abigail said a little louder.

“Monsters don’t exist. Be quiet and try not to wake your father on the way out. He has to start his new job in the morning.”

“Okay,” Abigail whispered as she tiptoed out of the room.

She quietly made her way downstairs to the kitchen to get herself a glass of water. The old pear tree was in view of the kitchen window and she hoisted herself up onto the counter top to see if the monster was still standing there. It was now seated facing the pear tree and Abigail could hear it mumbling something to itself. “If mom doesn’t believe me, then I’ll just have to go see what it is for myself.” she muttered quietly.

Abigail put her shoes on and quietly walked outside. As she quietly approached the monster, her heart began to thump so loudly that she thought it would give her presence away. The monster seemed to be mumbling something about one of the names on the tree – Marcus. Abigail remembered that “Marcus” had been scratched out.

“Who are you?” Abigail asked announcing her presence to the monster.

Startled, it jumped up and whirled around to face her. It stood at least nine feet tall. “A little girl?” it questioned as it placed a hand on its chin in a thinking gesture. “I should ask you the same thing.”

“My name is Abigail. My family just moved in here and my parents wouldn’t be happy about you being in the back yard at night.”

“Crux is my name. Now you know who I am, but do you have a guess as to what I am?” the monster asked in an effort to dodge the statement about her parents.

“I am so much more than some run-of-the-mill monster,” Crux boasted. “I am what people in this world call a Shinigami.”

“I don’t know what that means.” Abigail said quietly.

Crux placed his hand over his face. “I am a god of death.”

Abigail looked horrified at what Crux had just told her. She began to back away slowly while keeping her eyes trained upon him. Little did Abigail know, she was backing toward the pool. By the time she realized what was happening, she had stepped off the edge of the pool and fallen in. Abigail, regrettably, could not swim. She thrashed around and shouted for help before going under, but no help came. She sank to the bottom of the shallow pool as she held her breath and thrashed against the dark water.

A large hand reached out from the darkness and grabbed her hand. Crux hauled her out of the water with ease and sat her on the ground beside the pear tree. He squatted in front of Abigail as she coughed and spat water out onto the ground. When she finally caught her breath, she stared up at him. His eyes were cold and yellow. His face was gaunt and white, but his body looked muscular and was covered in black fur. Crux waved a hand over Abigail and her clothing and hair were suddenly dry.

“Why did you save me?” Abigail asked.

“Death is very structured. It simply isn’t your time.” Crux replied as he gazed back up at the tree behind her. “I mean you no harm, Abigail. For me, death is even more structured than it is for others.”

“Other Shinigami place a claim on the souls of their victims and collect it when their time is up. I, however, have taken an interest in a particular aspiring writer whose stories I like. Whatever stories he writes, however outlandish they may be, I make reality. Then I claim the souls of those written in his stories. Other Shinigami tell me that I waste my time and energy doing this, but I find that it provides me with particularly juicy souls to devour while many others hunger for such souls.”

“You kill people and eat their souls?” Abigail asked.

“Yes, but, see, I create these people from stories. It’s almost like they’re not even real. I carve their names into this pear tree as a memorial.”

Abigail looked back at the names on the pear tree. “Marcus is alive?” she asked.

“Indeed, he is,” Crux replied. “I didn’t get to devour that boy and it frustrates me. Perhaps I should carve your name into the tree in his stead.”

Crux laughed a hardy, but wheezy laugh. “If you run along and promise to tell no one about me, I suppose I won’t carve your name into the tree.”

“I won’t tell a soul.” Abigail promised as she stood up and yawned. “I’m going back inside now.”

“It’s been a very long time since I talked to a human, Abigail. Thank you for not being so afraid of me.”

“I thought you were scary at first, but you saved me from drowning.”

“That I did.” Crux said softly. “Never judge a book by its cover. Enjoy the rest of your time, Abigail.”

Abigail waved goodbye to Crux and left him to his work. She walked slowly and quietly back to her bedroom. Her parents were still asleep; she didn’t bother waking them.

Abigail awoke the next day feeling like it had all been a bad dream. She searched the house for her parents and found them in the back yard next to the pear tree. Her father was standing in front of the tree with a hunting knife in his hand as she approached. “Mom, Dad, what are you doing?” she asked.

“I just finished carving all of our names into the pear tree for the next owners to find. I think this is a neat trend and I wanted us to be a part of it.” George replied with a gleeful smile on his face. Christina, also smiling, said, “Also, we have some good news that we wanted to tell you. You’re going to have a baby brother soon and we decided to name him Marcus after looking at the names on this tree.”

A horrific chill ran up Abigail’s spine as she stared at her own name scratched into the bark of the pear tree.