by Mariann Carroll 6 months ago in Fantasy
Report Story 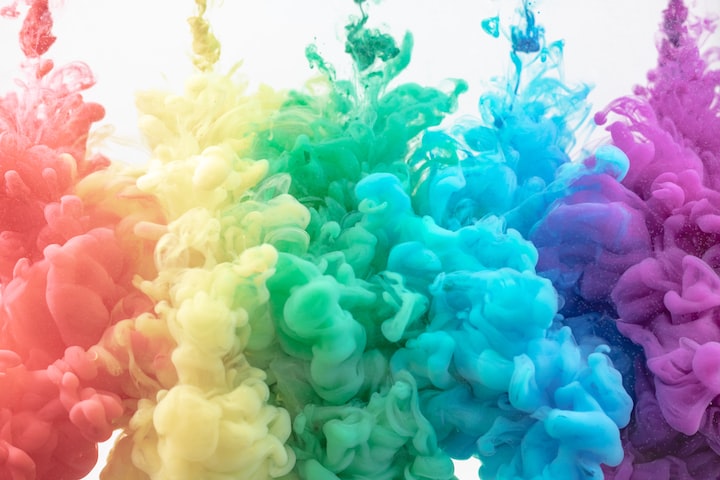 There weren't always Dragons in the Valley.

Sara like to build robots, for a hobby. She put her money into

creating her Rainbow Dragon. She had been collecting Dragon Figurines

since she was a little girl. It is no surprise she created a cooking, Dragon.

Sara does not know how to cook either. She had attempted to

cook, but the food does not come out right. The food ends up inedible.

Sara loved to eat. She felt the need to create a cooking dragon robot.

company. They were going out of business, and they had to let go large

scale of employees, including Sara.

She had a lot of time on her hands. She used up her savings to

create this cooking dragon robot. She slept for only five hours a day . She

was so excited to create, Rainbow Dragon Robot( RDR).

RDR was full of sassiness. She had a blonde wig and red

pucker lips. You could call her the drag queen of all Dragons. Sara program

in a competition. RDR can use her fire breathing mouth features in her

cooking. Rainbow Dragon used her wings to fly and get the ingredients.

The battlefield in the cooking competition can be brutal . You

have to use all features to your advantage. There is not a lot of restrictions

and regulations to the AI community cooking competition.

Robo cop and Robo Merlin are the major cooking contenders in

The day before the competition, Sara visited her best friend

Herbie , a transgender. Herbie owns a multi million company that made

eternal batteries. Sara and Herbie used to date; they had a fall out on a

misunderstanding. They are just friends now. That does not stop Herbie

from trying to win Sara over, again.

"You know, I can't give you this service for free and you don't have

Dragon. I expect something from you. I want you to move in with me. We

don't have to start a relationship." Herbie stated.

“If I don't choose to live with you? “ Sara asked

“I will not help you build an eternal battery on your dragon cooking robot.”

Herbie answered. " How long do I have to live with you?” She asked him.

“Six Month at the most, if by then you don't want to have a relationship

with me, we will go our separate ways. We will no longer be friends. I love

you, Sara. I always wanted to be more than friends with you.”

operation without communicating with me about it.” Sara responded.

“ You knew I always wanted this.” he started shouting at Sara.

“ And I did not try to stop you.” She shouted back at him.

“ What will you choose? “ Herbie asking for her answer.

“ You don’t have much time, tomorrow is the Championship.”

Sara came back an hour later from her walk.

“That's fine by me but I am going to win you over. I am going

to pull all the stops. I love you, Sara.” he said with conviction.

“Let's do this, Rainbow Dragon come over here. “ he shouted a command to

“ Yah!, I am going to have the power.” Rainbow Dragon start

dancing to the song . “ I've got the Power” by Snap . Rainbow Robot

Dragon can sure dance. The Dragon got the moves. Rainbow dragon start

dancing the cabbage patch dance in tune with the song,

I ‘ve got the power. The plug in cord got disconnected and the Dragon

“ Let's put the eternal battery in this cooking drag

into Rainbow Dragon. “Thank you so much, I am going to cook you both

the best dinner you will ever have! I feel so energized and free at last.

I hate being tied to the walls with the cord, far too long. Literally speaking

at that .” Rainbow Dragon, trying to be funny.

The meal the dragon cooked was totally awesome. Mouth

dragon), garnished with mixed yummy veggies . The baked bread with

butter was out of this world.

“ How do you like my Grand Dragon Epic steak dinner

The dragon did not expect any response after setting the table

for them. The dragon just did an elaborate waltz to the kitchen.

Sara and Herbie laugh at the cooking dragon antics.

“ That dragon is so outrageous! “ he said with an amused smile.

“ I would not have it any other way, thanks to you, the dragon can move

freely.” Sara is so proud of the Rainbow dragon, like it was her child.

She almost given Herbie a hug but stop herself.

“ I must give a name for my rainbow dragon, Hartel ?” Sara was in deep

“Earth to Sara, calling Sara!!!” He was trying to get Sara's

“ What was that? What did you say? I was thinking what should I name

rubbing her chin with her fingers.

Which got Herbie reminiscing, when he had long hair before the

operation. Sara used to caress his hair a lot when they were dating. Will

she ever do it, again?

“ What's going on here ? It got too quiet .” Rainbow Dragon bouncing into

the living room. The two just noticed they were lost in their own thoughts.

“ We must get some rest for your Championship competition tomorrow.”

Sara standing up from chair, she was seating on. She was on her way to

“ I still have some paper to look over before I go to work, tomorrow?”

“ You are not going to the competition with us? “ Sara asked him

“ Sure, I was not sure if I was invited .” He answered

“ Great, see you tomorrow morning.” She was heading to bed.

“ I don't need to charge myself any more! Zippy de do da, zippy di yah!”

heading toward what used to be his overnight charging station.

Herbie rode with Sara and Rainbow Dragon to the Championship

cooking competition downtown. This event will be all over social media.

Sara was so confident that Rainbow Dragon would be the winner.

RDR is good at making clothes and outfit among other features.

“Looks like Rainbow Dragon is having a slow start, will he catch up with

Rainbow Dragon got on the cooking stage, walking like a model and

flipping his hair like he was the star of the show.

He was trying to get his cooking station ready and organized . The

competitors were doing the same.

The host of the competition introduced the judges and the

“ Are you all ready for this Epic cooking AI championship? This first round

is making a dessert. Ready Get Set Go!You have 45 Minutes.”

Do you think Rainbow Dragon Robot will win the championship? Will Sara have a relationship with Herbie? Communication and staying calm are the keys to any relationship.

This story is dedicated to my sassy gay friends and family .

I take pride in supporting the LGBT+

This song is Dedicated to my sassy friends , you bring vivacious fun

Taylor Swift , You need to Calm down

This story is smokin colorfully hot .😘