Life will evolve but will remain the same. 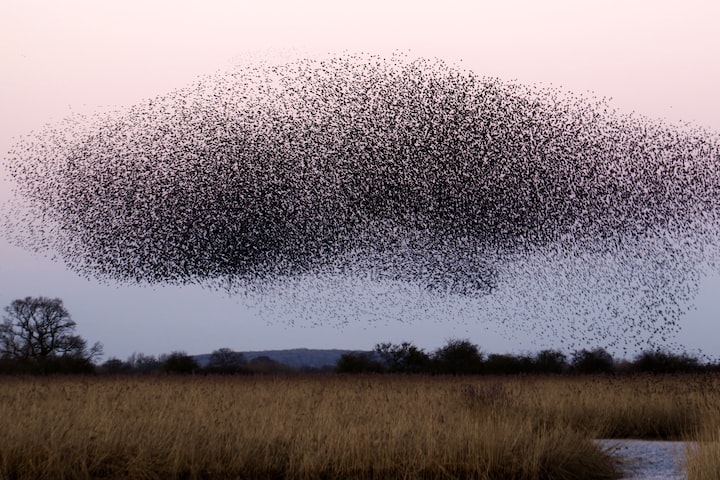 Photo by James Wainscoat on Unsplash

We have brought you, the members of Earth’s Ruling Council, here to tell you the truth about the origin of your species. We hope you will help us in a struggle that will involve your race soon. Humanity is not what you perceive it to be, as you will come to appreciate.

My name has not been important to me or anyone else for centuries now. We’ve become more like lower beings in that respect, recognizing our own kind but with no genuine need for individual identification. If you must call us something, Watchers would be most appropriate. Some of us, including me, have lived for many millennia. We are not immortal, but through telomere modification and other genetic enhancements, we’ve achieved semi-immortality. Most of my race felt that these improvements were of significant benefit, but not everyone agreed. It’s because of this schism in ideology that I’m tasked with doing what I do. My team and I are observers, and potentially, saviors of humankind.

Homo-Superiors, the scientific name we gave ourselves, evolved on our home world of Elysium. We emerged from the primordial soup, physically looking like a tall, lean Earthman, with a keen intellect and a predilection for all things scientific. When group mentality only focuses on one segment of life, everything else is stunted or dies on the vine. This is where our problems began. A small segment of the population wanted more than the cold logic of science. What they wanted was beauty beyond a balanced equation. Love, intimacy, sadness, joy, art, music, randomness, is what this faction tried to introduce into our logical, well-ordered society. Our leaders tried to explain that with those things came anger, discord, irrational thinking, war, and misery. The troublemakers would not be dissuaded.

Once the genetic code to prolonging life almost indefinitely was deciphered, this group of subversives immediately became enraged. They made the argument that in order to continue to expand knowledge with new ideas and improve the species, our race needed to re-establish itself with new generations. Yes, it would mean that the older among us would die, but the newborns would continue to move us forward. Conversely, those of us in the establishment argued that with all the additional centuries to complete projects and start new ones, there would be no secret in the universe that couldn’t be unraveled.

This battle of ideologies raged on for several decades until the majority had had enough. Generationists, as they now called themselves, were given two choices: either change their position on longevity and science or be exiled to another world. It was the logical way to solve the problem. To the surprise of many, almost all the radicals, approximately five thousand, left. The planet selected was called Earth. Air, water, soil, even some of the plant life was very similar to Elysium, so the transition would not be difficult from a basic existence standpoint. A humanoid species, later labeled Cro-Magnon, already inhabited a portion of the planet. It was decided that the indigenous species would not pose a major threat to the colonists. Secretly, the leaders hoped the natives would wipe out the newcomers and our problem would be solved.

What none of us took into consideration was how adaptable our kind can be. Initially, the indigenous inhabitants were wary and even hostile towards the newcomers. Instead of responding with aggression, the new colony eased tensions by sharing food, teaching them how to farm, demonstrating basic medical services, and, the most important skill of all, the art of communication. There were enough genetic similarities between the two species that the groups interbred. The most conservative of our group found this revolting, but scientific curiosity prevailed and the colony was allowed to continue.

The original colonists remembered where they came from and passed the stories of Elysium to the next generation. Most of the stories were passed by word of mouth because making paper and writing implements was low on the priority list. Food, shelter, tools, clothing, and medicines were far more important. It took about ten generations, but two very significant things occurred. First, Homo-Superiors and Cro-Magnon ceased to exist as individual species. The new iteration became known as Homo-Sapiens. Second, and some might say even more significant, was the stories about our home world took on mystical and even religious inferences. Humans, a term used to describe yourselves, decided that to reach Elysium, now referred to as Heaven, they needed to die first. A planet dedicated to the extension of life was only attainable through death; the irony was overwhelming. Humans also thought of the inhabitants of Elysium as Gods. Ra, Zeus, Odin, Allah, Jehovah, Brahma, or just God, all seemed to be variations of the same theme: us. Some Watchers visited Earth from time to time to better monitor the new species. We were labeled Angels. The current generation of humans have finally put these superstitions to rest, but not without a great deal of suffering and death. You’ve also grown past regional governments and are now ruled by a single world congress.

Now let me tell you why we’ve revealed ourselves. Our arrogance blinded us to the possibility of a second long-lived race. Once again, we were taken by surprise. An obscure race developed on a planet with an ecosystem so unique that trying to travel to other worlds meant instant death for this life form. They looked similar to your jellyfish. Instead of air, the medium they swam in was a mixture of argon and ammonia. Because they couldn’t travel didn’t mean they weren’t curious about the universe. Since biotechnology was their forte, these Cnidarians engineered a species that could travel and report their findings back to their creators. The new creatures comprised various strains of insect DNA along with mechanical and electronic segments. They looked like metal locusts only three times the size. What wasn’t considered when creating these creatures was an insect’s DNA coding for procreation and its insatiable appetite. Couple these hard wired traits with an insect’s extreme lack of empathy, add cold computer logic, and what was created was a species of Ravagers the galaxy had never seen before. These insectoids would enter a planetary system and systematically move from world to world, indiscriminately devouring everything but the rocks and atmosphere. Once a planet was totally stripped of life, they moved on to the next, then the next.

The Humans had a myriad of questions and my team and I patiently attempted to answer all of them. After several days of debate, our exiled brethren decided it would be in everyone’s best interest to work together. We tried to contact the Cnidarians for more information, but learned that they no longer existed. Apparently, the Ravagers had returned home as programed and devoured the planet and their creators.

It was mesmerizing to watch the Earthborn address the problem, devise a theoretical solution, then transform the theory into a viable, working prototype. Yes, we provided much of the science, but it was the Humans who made it all work. The plan was simple, yet dangerous.

Several asteroids high in iron content would be captured. Electrical generators would be placed on the asteroids to create an electromagnetic field. Next, organic material would be spread over the surface to entice the swarm to land and start feeding. Once the hybrids were on the asteroid and enjoying their feast, the magnetic field would be activated, holding the metal parts of the insects’ bodies securely to the asteroid. Next, a Watcher ship, using an energy field, would tow the space rocks into the nearest star.

Multiple Earth ships fitted with dish shaped magnetic nosecones would fly crossing patterns through the rest of the swarm, collecting the stragglers. Once the dishes were filled, they would also be ejected into a star. This will have to be done multiple times to ensure all the bugs were collected. It’s impossible to know how many creatures would elude capture, so a series of patrol drones would have to scour the area and report their findings to a monitoring center.

The hardware was built, and the mission was launched. Several Earth ships were lost when the insectoids’ computer brains worked out what was being done to them, but the coalition was successful in eliminating the threat.

Now the only issue left was the one that created the Human Race.

After all these centuries, is it possible for Homo-Superiors and Homo-Sapiens to reconcile their ancient differences and share their corner of the galaxy in peace? Our leaders offered to share the life extending technology with the Humans and welcome them back to Elysium, expressing as much emotion as a group of long-lived rational beings could muster. In other words, they came across as boring old men and women.

The Humans considered the offer for several days before responding. They said, “Our forefathers rejected your technology because they knew that there was more to life than living forever. We may not comprehend all the things in our short individual lives that you can, but as a race, we will continue to experience so much more than you ever will. Yes, our ancestors started where you did, but chose a different path. Their choice has become our heritage, and we will continue to follow it wherever it may take us. We welcome all of you to join us on part or all of that journey as you choose.”

The two races parted as friends and returned to their respective worlds. Occasionally, every four or five hundred years in Homo- Superiors time, the Watchers would return to check on their distant cousins. They were always pleased with the progress Humans had made.