It all comes down to how good you really are. 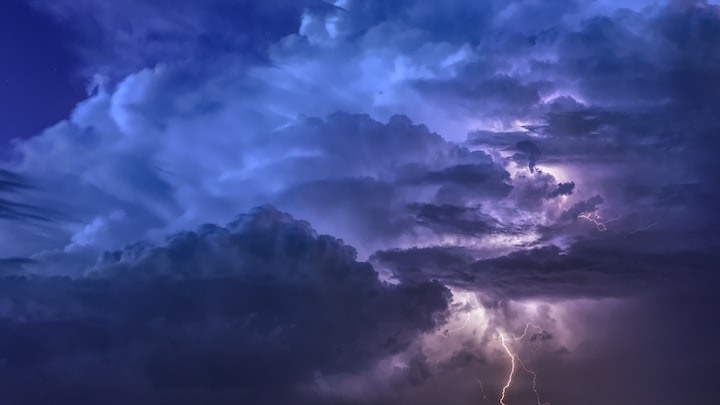 Some people call me a cloud walker, and from a layperson’s perspective, that makes perfect sense. People will look out an airplane window and see me, or others like me, bounding from cloud to cloud like a water bug dancing from lily pad to lily pad. What the casual observer cannot see is that I never make contact with the clouds or anything else. People like me have the unique ability to solve extremely complex equations in our heads at such a rate that we can negate the effects of gravity by locating where the gaps in the gravitational field are occurring. Cloud walking isn’t my unique talent, though. My specialty is the ability to cancel other people’s cloud walking ability.

As fast as others are at equation solving, I’m two to three times faster. Once I occupy a gap, no one else can inhabit it. If they miss their gap, they fall and continue to fall until they locate another gap. Since I’m faster, they will fall until I decide to let them stop falling. That’s why I have the title of Cloud Walker Marshall. As with any group of people, some are good and law-abiding, and some are pure evil. Today I’m about to take on one of the worst criminals in cloud walker society, code name: Tornado.

Tornado’s specialty is directing the winds around the gravity gap he possesses. Once he has control of the wind, he transforms it into a tightly rotating cyclone that is then directed at a bank, jewelry store, or any other place where valuables might be stored. If civilians are hurt, Tornado considers them collateral damage. Today’s target is something new, a solar energy farm. I learned from a well-placed CI that a coal consortium paid Tornado to destroy as many solar farms as possible. Any amount over ten earned him a $20,000,000 bonus. His first target is Babcock Ranch. So, it has been determined, I will meet Tornado in Southwest Florida to do battle.

I arrived at the solar field only seconds behind Tornado and was immediately buffeted by strong rotating winds. It only took a few seconds to locate a gravity well and directed the burgeoning cyclone into it. “Not bad,” called a voice above another twister just beginning to form. The voice triggered a memory of a boy I knew during middle school, Peter Whistler. “Is that you Peter,” I called out over the moaning wind? “Why John, I’m flattered you remember my name. It’s not like we were friends back in the day.” He was correct on that observation, more like hardly ever said more than hello when we passed each other. One reason for this lack of friendship was we were in different ability groups, mine being much more advanced. How could he have advanced to the level that I was finding it almost impossible to keep up with him? It was the chip!

A couple of years ago, an implantable computer chip had been developed that would increase a person’s mental abilities by a factor of 5. They were outlawed because the chip would eventually drive the host mad. I knew that I would have to face an enhanced Cloud Walker one day, so, with the help of some computer engineers, developed a counter-measure. I was about to see how effective my device was. “Peter, don’t you know that technology will only get you so far? It’s still comes down to natural ability and I’m afraid you just don’t have enough.” By now Peter, enraged by what I said, had worked up the wind into a category 5 tornado and was about to unleash it on me and the solar field. As I was speaking, I had reached into my pocket and removed a device that resembled a remote garage door opener. I pushed the button and hoped the batteries were still good.

Peter fell almost immediately, and the tornado was rapidly shrinking into a stiff breeze. I let him fall for a few seconds, secretly enjoying the look of terror on his face. About three feet from the ground, I stopped his fall. He looked at me with bewilderment and asked in gasps, “What is that thing?” “It’s a little device I whipped up to scramble computer signals. It renders implanted chips inoperable. Just like in school, Peter, you just can’t do better than natural ability.