by Dani Banani 2 months ago in Fantasy 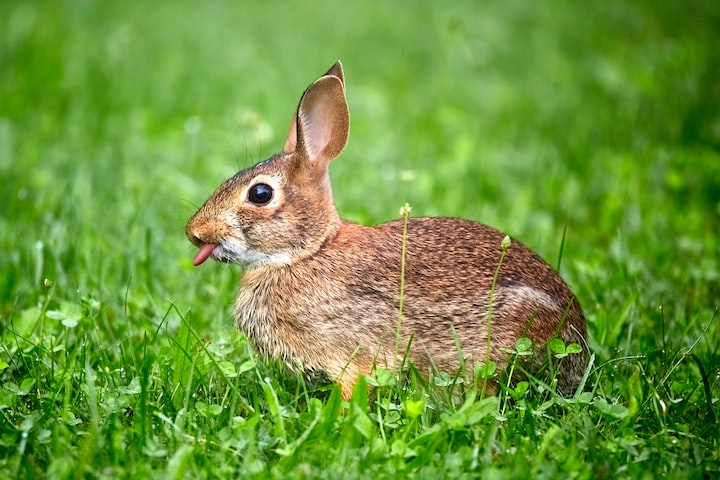 There was nothing in the world that could have prepared Ted for what was intended to be a simple event.

Ted dragged himself through the double doors of the large building of a successful local thrift store, the hot Colorado sun beating on the shoulders of his plain black t-shirt after a day of building a new shed with his step-father. He had dropped a hammer on his foot and his toe was still throbbing; the last thing he wanted to do was think about Carrie and James's wedding the next day. Unfortunately, his step-father had spent plenty of time reminding him how important they were to the family, and how his mother had been going on and on about how handsome her boy would look if he showed up in a nice blazer.

"I think that was her way of telling me what to tell you to wear." His step-father chuckled, the delight of reading between the lines of his wife's offhand comments committing to permanent memory in the crow's feet gently spreading from the corners of his eyes. Ted had nodded dutifully before continuing to saw down at another board, making a mental note that he did not own a blazer and wondering why his mom didn't just say outright that she wanted to see him in a blazer. Luckily she was married to a man who seemed to be psychic.

The unusual scent of the thrift shore washed over him in a rush of cold air conditioning and Ted darted for the men's section for the right rack with his size. He spent a handful of seconds flipping through the options until he located a solid navy blue blazer and selected it without giving it a twice over. His mom's other previous comment rang in his head: You look so handsome in blue, Ted.

Once the purchase was complete, Ted hopped back into his car and drove home to his small house outside of town. He didn't care much to live in the open where the lizards and scorpions were sneaking into his house regularly in the summer time, but it was the easiest thing he could find after starting up his graphic design business and raking in his first major profits. Eventually, he planned to move back into town, where he could have a back yard and start planning for his dream partner and future family. Right now, his business meant the most, as well as independence from living with his mom. Besides, the lizards and scorpions were a welcome break from the bunnies and the marigolds in the yard at his mom's house.

“She just wants a reason to plant the damn marigolds, and I’m allergic to them!”

The wedding was starting in less than an hour, and after successfully trapping and releasing yet another lizard, Ted dressed himself in some new light blue jeans with a white button-up shirt and the blazer that only cost him $13. The ceremony would be held outdoors while the reception would be indoors, so Ted figured he’d only be semi-miserable in the sun for about an hour before he could cool down. As he gazed into the bathroom mirror and smoothed the blazer over his abdomen, he felt the outline of an object in a pocket somewhere. He checked the insides until his fingers grazed an opening and reached down, revealing an old Cadillac car key. Before he had any time to consider its presence, he slipped it back into the pocket as his phone lit up with another call from his mom and finished getting ready to head out the door.

The ceremony was nothing special to Ted, but he clapped in celebration for the family friends he remembered from childhood, approving of their later-in-life realization of their love for one another. Everything had looked great, with yellow and white as the theme, signaling light and happiness for the newlyweds. Carrie had chosen marigold flowers for several decorative arrangements at the altar, to which his mom had whispered the feverish comment, “I bet they wanted to keep the bunnies away so they wouldn’t chew up this lovely setup.”

His step-father had scoffed as the minister pronounced the couple man and wife, and Ted’s social battery was draining fast. As soon as he could, he headed straight for his car so he could blast the air conditioning and head to the reception location to wait for the food part of the day’s events. Ted reached his car door before he realized a black 1990 Cadillac DeVille sitting beside his car, not thinking it had been there before when he’d first arrived (a little later than most of the other guests.)

Ted glanced around, looking for a potential wedding guest who might be heading to the car, remembering the key he’d found in the blazer. He reached into the pocket and pulled it out, wondering if by chance this key might have worked on the car beside him. It would be a strong coincidence, and Ted wasn’t big on conspiracy theories, but he couldn’t deny the ferocity of his light theorizing. Instead of testing the theory right away, Ted hopped into his own car and turned it on, waiting to see who might get in the neighboring vehicle.

Several minutes passed and nearly every car had left for the reception or to head home, and yet no one had claimed the Cadillac.

He waited even longer, until all of the cars were gone, besides his and the one beside him.

Ted shut his engine down, noting the sun dropping slowly in the sky, realizing he had been so hyper-focused on the Cadillac that he hadn’t been answering any texts or calls the entire time. His brain drifted from that thought as he rounded to the driver’s door and tugged on the handle, surprised to find that it was unlocked.

He slid into the seat and pressed the key into the ignition, waiting for the resistance that came when the wrong key was inserted and not finding any. To his complete surprise, the car’s engine came to life at once, the radio turned on to a fairly reasonable volume with an old song playing through wavering sounds of white noise.

She’s got a pad down on 34th and Vine

Ted admittedly found his heart racing at this point, as this song was one he listened to regularly around Halloween and no one had ever really known that about him. His favorite part of this was remembering that there was an actual house at the corner of two streets named 34th and Vine, and with that thought, Ted threw the car into reverse to head to that house. He didn’t know why, but he felt this song had to be relevant to this strange experience. His mind briefly reminded him that his mom would be panicked when he didn’t arrive to the reception in a timely manner, but his interest in what would happen next overpowered any concern about her reaction.

The car provided an unusually smooth ride for its age, and Ted appreciated the efficiency of the engine. He arrived at the house at the same corner in the song and parked out front, gazing up at the enormous brick home with a white balcony on the second story. It looked unkempt enough to be charming, possibly abandoned but potentially inhabited by a magical witch or an elderly, bitter warlock waiting to curse the next person who dared to enter. Ted shut down the engine and headed up the stairs to the front door, peering through the glass of the large bay window and not seeing anything beyond old furniture covered in white sheets. He waited several minutes before attempting the front door, finding himself somewhat unsurprised that it was unlocked, and he leaned his head inside.

“Hello? Is anyone home?”

Stepping in the front door cautiously, Ted drove up the courage to get into the house and gently closed the door behind him. As soon as the latch clicked, a man in a white t-shirt and dark blue jeans hopped down the steps at the speed of a light jog.

“Robby?” Ted barely spoke, shock woven through his strained voice. “How the hell are you here?”

This might have been the best reunion ever, had Robby not succumbed to cancer the year before.

“Listen, I only have a few minutes, so let’s talk this all out real quick. The girl you meet at the reception isn’t the one for you, so don’t waste your time like I know you will. You gotta wait for the one who really likes Halloween as much as you. The one who tells you she likes that love potion song you like. Don’t drive the Cadillac to the reunion, just leave it here and get a ride back to your car, that engine is about done and I need it anyway. Definitely keep working on the graphic design business, your future is not in construction and building dude. You’re better off with your passion. And hey, I’m not saying this shit just to sound like I’m some big prophet who knows your life better than you, but I AM saying that I know some things and you should listen to me for once.”

“How do you even know any of this?” Ted felt unwilling to accept that this was his life in that moment.

“I can’t tell you that, Ted, but I can tell you that you have no reason to worry about your mom either. She’s not slowly losing her mind, she’s on the wrong medication and she’ll be fine when she figures that out with her doctor. It’s a little screwy with her anxiety right now. Just be patient, she’s getting more cautious with age and you know I love her to death.”

Robby let out a roaring laugh at his own morbid joke before clapping for himself.

“That’s it, buddy! I gotta go. My ride’s here. Please, actually take my advice for a change.”

He stepped forward and wrapped Ted in a hug, patting his back hard with emotion. Ted shook his head as he hugged his best friend since kindergarten, his reluctance apparent in his body language.

“It’s real, man. You’re not always right about everything.” Robby pulled back and grinned happily at his best friend. “I’m always watching out for ya.”

Robby turned and started up the stairs before he paused and turned back to leave Ted with one more remark.

“Although, I will say you are right about one thing. Bunnies really don’t care about marigolds.”

Ted’s mom was in an outright panic by the time she and her husband arrived to retrieve Ted from the house.

“What on Earth made you come here, Theodore Mason? How did you get here?”

He shrugged after climbing into the backseat. “Heard something about a bunny and marigold problem here.”

With that, Ted’s mom launched into a full lecture combined with confusing comments about bunnies, marigolds, and what the wedding cake looks like. Ted settled back in his seat, not caring one bit about the marigolds.