by Nicholas Kleinhenz 11 months ago in Young Adult
Report Story

Always be wary of how you treat others 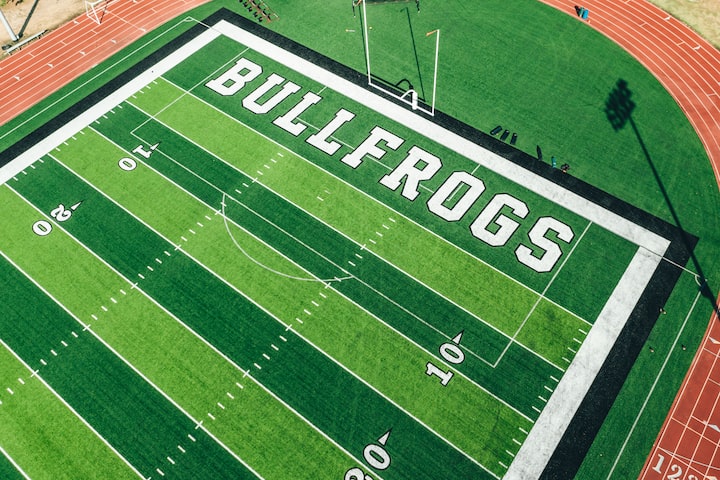 Photo by Spencer Davis on Unsplash

The new guy sat alone in the school cafeteria quietly eating his lunch. He hadn’t spoken to anyone in the three days that he had been in attendance. Aniah, one of the prettiest girls in the whole school, approached his table slowly. Being the Senior Class Representative, one of her duties was to make new students feel welcomed into the school. She had noticed the new guy eating lunch alone for the past two days, and decided that today she wanted to leave her usual table to go chat with him.

“Is this seat taken?” Aniah asked loudly over the din of the other students in the cafeteria.

The boy looked up at her with cold, green eyes. “No.” he replied shortly.

“I’m Aniah.” she said as she took the seat directly next to him.

He flipped the book over in his hand to show her the cover. “I Hunt Killers by Barry Lyga.”

“I’ve never read it.” Aniah said sheepishly. “What’s it about?”

“Sounds creepy.” Aniah said with a grin. “You’ll have to let me borrow it sometime.”

Just then a ruckus was caused at a nearby table. A tall, muscular guy hoisted a Freshman into the air by his backpack and slung him backward onto the floor. “You know this is my table!” the guy shouted. “Next time I won’t ask nicely.”

“That was nice?” Klaus murmured to Aniah.

“That’s Freddie,” Aniah explained, looking nervous. She pulled the hood of her jacket up and tucked her hair into it. “if he sees me sitting with you he’ll freak.”

“Is he your boyfriend?” Klaus asked.

“He seems to think so. We hang out all the time because if I hang out with any other guys he will beat them up.”

“That’s messed up.” Klaus said. The look in his eye had grown cold once again.

“Well, sometimes that’s how it goes. I try to keep him from bothering people. The other students call him The Raging Bull because of how he breaks through the defensive line in football. He took the moniker a little too seriously and got a dumb bull patch stitched onto the back of his varsity jacket instead of the school logo.” Aniah looked down at her phone. “Eleven minutes until everyone has to go back to class. Try not to draw attention to us, ok?”

It was too late. The Raging Bull had seen a red flag in the distance and was making his way directly toward them. “What do we have here?” The Raging Bull asked sarcastically as he snatched the book out of Klaus’ hand. “Is the new guy trying to get all cozy with my beauty?” The Raging Bull looked at the cover of the book and launched it backward over his shoulder. It landed in another student’s tray splattering his face with mashed potatoes.

“Hey, what’s the big idea?” the guy said standing up and turning around to face them.

“Sit your ass down!” The Raging Bull yelled as he pointed directly at the student.

“Anyway,” The Raging Bull said as he turned back to Klaus. “this is my girl. If I ever catch you near her again, I’ll kick your ass.”

“Leave him alone, Freddie, he’s new here. He didn’t know.” Aniah pleaded. Klaus looked back and forth between Aniah and Freddie.

“Aniah, do you want me to handle this for you?” Klaus asked as he stood up to face The Raging Bull head on. Klaus was outweighed by a large margin and four inches shorter than The Raging Bull. The other students in the cafeteria had begun forming a circle around them and chattering noisily amongst themselves in anticipation. “After what you said about his penis, I think we ought to call him Little Bull.” Klaus said raising his voice above the din of the other students.

Everyone within earshot broke out in fits of hysterical laughter as The Raging Bull’s face turned bright red. He looked around at the cackling crowd and became more embarrassed. Nothing was more important to The Raging Bull than his tough image, which had been shattered with one sentence. “I’ll see you after school.” he threatened as he got in Klaus’ face.

Klaus looked down at Aniah and winked as the crowd around him cheered and clapped.

Aniah caught up with Klaus later between classes. “Klaus, wait up!”

“Hey, Aniah.” Klaus said cheerfully. He had been riding the high of experiencing his high school fifteen minutes of fame.

“You’re crazy! Freddie is going to kill you.” Aniah said with a worrisome look on her face. He’s literally been telling people that you’re a dead man.

“I’m not scared.” Klaus chuckled. “He’s just acting tough. That’s why he didn’t beat me up in the cafeteria.”

“No, Klaus, he’s waiting for you to walk home so no one can stop the fight. Please apologize or something.”

“No way. He got what he deserved.”

“Why did you do that?” Aniah asked sheepishly.

“I did it for you. You don’t deserve to be treated like someone’s property.”

Aniah looked dumbfounded as Klaus turned to walk away. “I have to get to my last class. I’ll worry about Freddie Mercury after that.” He disappeared into the hustle and bustle of the hallway traffic and Aniah did not see him again for the rest of the day.

Klaus arrived at school the next day with a black eye and a swollen lip. Aniah rushed to him as soon as he entered the double doors at the front of the school. “Klaus, oh my god, are you ok?”

Klaus smirked at her and she saw that one of his front teeth was missing. “You should see the other guy.”

“This isn’t funny, Klaus! You’re lucky it wasn’t worse.” Other students were gawking at him and whispering to each other. Klaus grinned at them to display his missing tooth.

“I don’t think Freddie will be anxious for round two when he gets here.”

“I sent him home crying.” Klaus bragged. “You should’ve seen the look on his face when he realized that his friends were laughing at him again. He brought back up and I sent him packing.”

“Yeah, but I doubt he’ll ever bother you again.”

“It wasn’t worth hurting him over.” Aniah argued.

Freddie did not show up to school that day.

The following day they had an impromptu school assembly. The students were directed to the auditorium as soon as they arrived. The chattering died down when the principal entered the auditorium followed by the County Sheriff. Aniah, who was seated three rows in front of Klaus, turned to look at him with wide eyed bewilderment. Klaus rolled his eyes and smiled back down at her.

The principal announced that Freddie had committed suicide two nights ago. The students gasped and murmured to each other until the principal demanded their attention once again. He continued his speech about having lost a wonderful athlete and an overall good student. After offering his condolences and suggesting that the students speak to the school counselor later in the day, he turned the microphone over to the Sheriff Arnold.

“We are currently investigating this matter very seriously. Freddie did not seem like the type of boy that would commit suicide, so if any of you have information regarding this matter, please, come talk to me in the principal’s office after the assembly. At this point in time, we are just looking for clarification to provide closure to his family.”

Aniah turned back to Klaus who was staring intently at the Sheriff. Klaus stood up and loudly proclaimed, “Freddie was a bully! He assaulted me after school two days ago! No one liked him!” Some of the students, mostly the lower classmen, cheered.

Sheriff Arnold leaned forward. “I’d like to see you in the principal’s office first, young man.”

Klaus flashed a thumbs up and sat back down until the assembly was finished.

Aniah waited for Klaus on a bench outside the school doors. As he exited the school, he walked right past her. “Klaus!” she shouted. He did not turn around to greet her like he had the last time she called out to him. She rushed to catch up with him. “Klaus, talk to me! What happened in the principal’s office? People are spreading rumors about you killing Freddie.”

“It’s not your concern. It’s better if you just forget I existed. They called my parents and apparently I have to switch schools.”

“So what didn’t you tell them?” she asked hesitantly.

“The part where I killed Freddie.” Klaus said grimly with that cold look in his eyes.

Aniah gasped as she stopped walking alongside him.

“Does anyone else know?” Aniah asked quietly.

“My father would know, but I’m sure no one else suspects me of it.”

“Thank you,” Klaus said as he continued to walk away. “but Dad already said that I have to switch schools again. He’s furious that I’m making things difficult for him. Don’t worry, Aniah, you’ll never see me again.”

“How does this make things difficult for your father?” Aniah asked curiously.

“Because I’m following in his footsteps.” Klaus said as he flashed the book he had been reading in the cafeteria at her once again.