Bull of the Ball

by J. Lozada 4 months ago in Humor

A story about trying new things 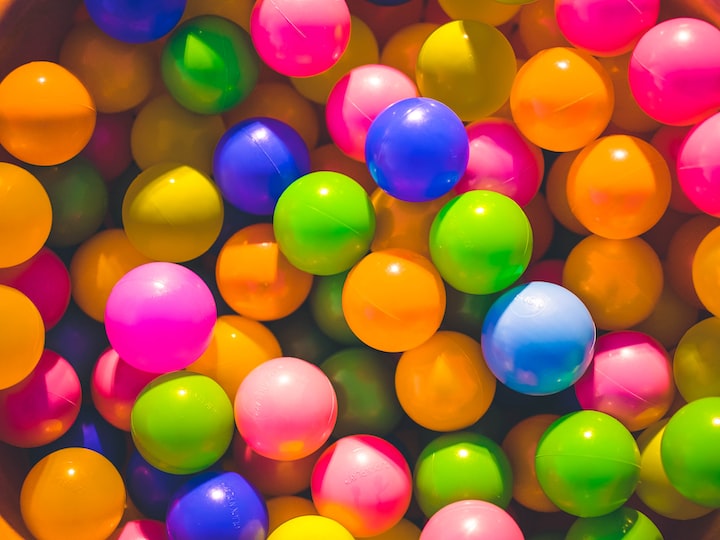 Photo by Greyson Joralemon on Unsplash

“Did you get the sheep?”

“Well…” Lenny remained silent as they walked over to the truck.

“I couldn’t find where the sheep were.”

Ryan closed his eyes and pinched the bridge of his nose in frustration. He had gone over the layout of Douglass Farm with Lenny three times, yet he still couldn’t find the fucking sheep. They reached the truck, where Ryan saw a giant mass covered by a black tarp on the bed of the truck.

“Then what the fuck is that, Lenny?!” He couldn’t take this right now. The induction ceremony for the new worshippers was tonight, and Kenneth had placed him in charge of setup, which included procuring a live sheep. Not only had Lenny apparently not brought him a sheep, whatever he had brought was dead, judging by the smell of it.

“Fucking Christ, Lenny, did you bring me a fucking cow? A fucking cow?” Ryan exclaimed, regretting ever trusting Lenny with this task. Lenny had been involved in countless robberies before joining The Devil’s Work, but Ryan was beginning to wonder if he had actually ever stolen anything or had just been the getaway driver.

“Well, not a cow exactly,” he said as he moved to lift the black tarp off the animal. He pulled it back… and it was a cow.

“That’s a cow,” Ryan said, exasperated and already trying to make a plan to fix this in his head. He had less than five hours before the ceremony began, where the sheep had to be present.

“It’s actually a bull,” Lenny said proudly as if this was some sort of accomplishment.

“No, it’s a cow and it’s dead. How do you get dead cow and live sheep mixed up?”

“No really, it’s a bull. Look, it’s still got its balls!” Lenny pointed excitedly at the giant pair of testicles sagging down onto the tail bed beneath the animal’s legs. Ryan couldn’t believe he was actually having this conversation. He felt his blood start to run hot and took three deep breaths.

“Lenny,” he started slowly, “I don’t give two flying fucks about this thing’s balls. I care about the fact that not only did you bring me a useless animal, but that the useless animal you brought me is also dead!” Ryan was shouting now. “A sheep, Lenny! A SHEEP! Not a cow, not a bull, a sheeeeeeep,” he said the last word slowly, talking to Lenny like he was a two-year-old. “So, Lenny, you can take this thing’s balls and shove them up your ass!” Ryan turned and stormed away. Behind him, he heard Lenny call out, “you know, bull testicles are a delicacy in some countries!” Ryan rolled his eyes and continued toward the community house.

Inside, he stomped over to Tessa, who was sitting at one of the long picnic-style tables, eating a bowl of ramen.

“Lenny got a cow,” he said as he sat down next to her and placed his forehead down on the table.

“A cow?” The surprise in her voice was muffled by the noodles in her mouth.

“Oh, I’m sorry, not a cow. A ‘bull’,” he finger quoted, lifting his head up and rolling his eyes for what felt like the millionth time.

“A bull? How the fuck did the lad confuse a sheep with a bull?” Her Irish accent made bull sound more like ball, ironically.

“I have no fucking clue.” Ryan put his head in his hands, sighing loudly. “And what’s worse, is that it’s dead.”

“No,” she said, eyes wide with shock. Her expressions always seemed so over the top and exaggerated, but after knowing her for years he learned that’s just how she is.

“What’re you gonna do?” Tessa asked, slurping down the rest of her ramen.

“I have to send someone back to the farm.”

“You should bring the bull back. Douglass might not notice one of his sheep missing but he’ll surely notice a missing bull.”

“No, a bull ain’t just a cow. It’s still got its testicles. Very virile and strong,” Tessa said, nodding at Ryan like he understood what she was saying, or why she and Lenny seemed so obsessed with bull balls.

“Am I missing something? Are bull balls really that special?”

“Oh, sure. They’re great fried up with some lemon. Some even say they’re an aphrodisiac,” she whispered the last part as she leaned in conspiratorially. Ryan blinked in disbelief.

“Oh, but I think bull penis is much better. I once ate a bowl of bull penis soup that a man from Canada prepared for me. Let’s just say that wasn’t the only penis I had that night,” she said, winking at Ryan, who was still staring at her in disbelief.

“Okay,” he said, pushing back from the table to stand, “I’ve had enough of the bull testicle and penis talk, thanks. I’m going to find someone else to go get me a sheep.”

“Good luck!” Tessa called after him as he walked back out of the community house.

Ryan was almost at the Temple of Satan when he saw Kenneth walking down the path toward him.

“Ryan! Just who I was looking for,” Kenneth shouted down to him. Ryan braced himself, hoping he didn’t ask about the sheep.

“So I heard Lenny got a bull.” Fuck. Well, that was that. There was no hiding it now. He exhaled forcefully, clenching his fists. “Yeah, he got a bull. A dead one, at that. But I’m going to send Tom over to get a sheep. He should be able to get it back here in time. Alive.” To Ryan’s surprise, Kenneth waved his hand, like he was waving the problem away.

“Don’t worry about it. This actually works great. I’ve been planning some changes to the induction ceremony, and the bull inspired me, so I’ve decided to implement those changes tonight,” Kenneth said excitedly. Ryan was shocked. This was not at all how he had been expecting Kenneth to react. Kenneth wasn’t exactly known as a hothead, but he could be very passive-aggressive. When Vanessa had accidentally dropped the vile of sheep blood on Kenneth’s foot during the Awakening of Satan ceremony, he’d brushed it off like no big deal, but Vanessa went back to cleaning up guts and shit instead of getting to present the vile to Kenneth at the altar. And it had been that way for six months now.

“Oh,” Ryan stuttered, “that’s great to hear.” He paused, searching for what to say next, still thrown by Kenneth’s reaction. “So, what do you have planned?”

“Well, we’re going to use the bull’s testicles and some of its blood…” Ryan stopped paying attention after he heard the word “testicles.” Again. When did bull balls become so popular, and why was everyone so focused on them tonight?

“Yes! They have so much power flowing through them, they’re perfect for this ceremony. I might start using them during Satan Incarnate, too.” Ryan shook his head, trying to wrap his mind around this.

“You are the third person who has told me about how great bull testicles are. Personally, I think you all are crazy and I don’t understand what is happening at all, or how you all seem to worship the sex organs of a glorified cow.” Kenneth waved his hand again, this time dismissively.

“Oh, don’t be so xenophobic, Ryan. You’re just being hateful of something you don’t know anything about. The reality is, bull testicles are used all around the world. Just because you haven’t personally used or experienced them doesn’t make it strange or gross, so stop acting like that. You joined our group promising to keep your mind open to new experiences. You’ve drunk human blood and eaten a raw sheep heart, but a pair of bull balls are too much for you? This isn’t the Ryan I know,” Kenneth said chastisingly. Ryan was annoyed but knew Kenneth was right. He had done so many taboo things with The Devil’s Work, but for some reason he was really hung up on these bull balls. He took another deep breath and exhaled slowly. Kenneth nodded at him approvingly, satisfied that Ryan knew he was right.

“Okay. So what do you need me to do with the balls?”

Kenneth was standing at the altar, the new recruits bowed at his feet, heads to the ground, black robes draped around them. It was almost time. He had the bull testicles prepared the way Kenneth had asked. Christians had sacramental bread, The Devil’s Work would have sacramental fried bull testicles. After Kenneth had talked through everything with Ryan, he was much more accepting of the idea, even a little excited to try them. If bull testicles were as powerful as Kenneth proclaimed, they would take their ceremonies to a whole new level. Ryan looked up as Kenneth called for him to pass around the sacraments. There were only two testicles, so Ryan had had to cut them up into small pieces to fry them, but there was enough for the recruits and the ceremony leaders, including himself. As he passed them out, he saw everyone put them into their mouths excitedly, eager to have the energy of the bull imparted on them. Finally, it was Ryan’s turn. He looked down at the one remaining piece of testicle left on the plate. Without hesitation, he picked it up and popped it into his mouth, and started chewing. There was the initial crunch from the flour he had coated them with, and then he got to the actual testicle. He contemplated as he chewed and finally swallowed. Gamey, he thought, like a veal cutlet, but not bad.

From that day on, Ryan promised himself he would be more open to new and foreign things, not one to judge before trying. Throughout his years at The Devil’s Work he would try many things he had once deemed strange or gross, but would eventually come to love. That’s how he developed a fondness for fried tarantula and roasted grasshopper. But his favorite was still bull testicles, which would always hold a special place in his heart.

Receive stories by J. Lozada in your feed
J. Lozada
Read next: The Unknown encounters