by Alisan Keesee about a month ago in Short Story

Creating the next generation 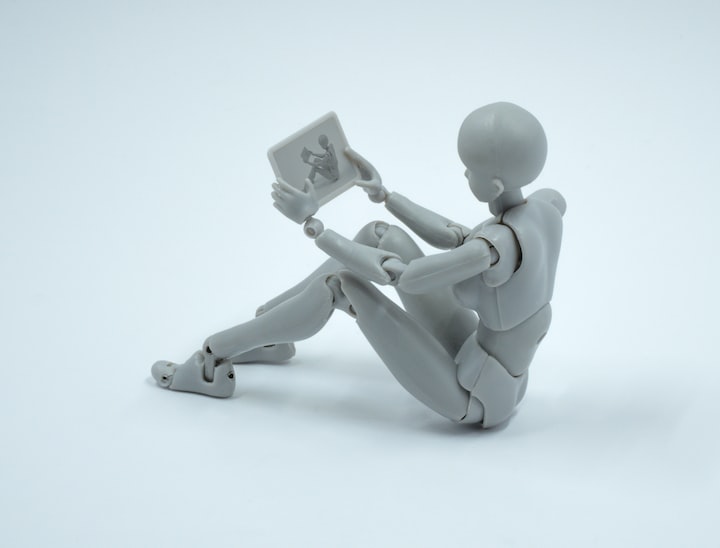 “Welcome back to Channel 7 News, I’m your anchor Arabella Chan. Today, the National Institute for North American Longevity announced it plans to begin volunteer trials of its Build-A-Baby Program. The program is designed to create a superior next generation that is immune to nearly all deadly diseases of our time.

The program—originally envisioned by medical student Camila Ramos—is an attempt to try to salvage the North American population after the modern and genetically altered resurgence of the bubonic plague.

The program—which is now searching for volunteer couples around the country—allows parents to design their babies all the way down to eye color, height range, and even intelligence. To sign up for the program, simply contact Camila Ramos directly at the number listed on your screen.”

“Honey!” Mrs. Jackson called out to her husband who was preparing dinner in the kitchen. “They’re talking about that Build-A-Baby program again!”

Her husband—a broad man with thick dark hair—walked into the room, drying his hands on a dish towel.

“I’m not sure. It doesn’t seem right, does it? To design a child like that?”

“But, it says they will be immune to the plague,” Mrs. Jackson said. Her eyes darting over to the wooden rocking horse that still sat in the corner of the room.

Mr. Jackson studied his wife. She was still quite young. Her hair still carried a rich brown color and her face—other than the small wrinkles at the corners of her eyes—still looked as youthful as when he had met her.

Mr. Jackson—on the other hand—was aging. While his hair was still dark, his face had grown harder and the sculptor of age had carved new fine lines on his forehead and along the structure of his face.

While both still perfectly capable of producing children, their genetics when combined had proven weak. With the Build-A-Baby program, their genetics could be strengthened with modern science.

“If it’s what you want, I will call in the morning and set up an appointment.” He leaned down and kissed his wife’s forehead. “But, we must be reserved. We can’t let the excitement of a child cloud our judgment.”

“Hello, I’m Camila Ramos,” the woman said, entering the room. Nurse Ramos was a small woman, but her presence exuded authority. Her business attire perfectly pressed and her makeup carefully applied. “The creator of the Build-A-Baby program. And, you are…” The woman glanced down at the application form. “Mr. and Mrs. Jackson?”

“Yes,” Mr. Jackson answered. “Thank you for meeting with us.

“Ah, no problem, Mr. Jackson. I make a point to personally meet with all the applicants to ensure a loving home. So, shall we get started?”

“How long have you been married?

“I’m an attorney,” Mr. Jackson said, nodding over to his wife.

“Well, by training I’m a paralegal, that’s how we met, you see. But, I came down with the plague about two years ago and haven’t been able to return to work since.”

“Have you been cured?”

“Oh, yes, no reason to worry there. I’m simply recovering. I was a sickly child, you see, so it takes me more time to recover.”

The couple squirmed uncomfortably. Mr. Jackson looked down at his wife who stared down at the blue patterned carpet.

“Yes, but, when my wife became sick, our child did as well.”

Mr. and Mrs. Jackson lurched back at the question.

“Good God, no,” Mrs. Jackson answered. “Why in the world is something like that relevant?”

“It’s simply to make sure the child is going to a good home,” Nurse Ramos said. She never liked to inform the couples of the full scale of the Build-A-Baby program. If they didn’t already understand what could be done with genetics, it was best they didn’t.

“Any specific hopes for the child?”

“Of course, we want our child to be healthy and happy. I think every parent wants to see them be successful and intelligent.”

Nurse Ramos finished up her notes, it seemed to take an abhorrent amount of time, the pen scratching furiously over the paper.

“Thank you, Mr. and Mrs. Jackson, I will call you in a week to inform you if you have been accepted into the program.”

“Yes, this is her,” Mrs. Jackson answered.

“Good morning! I’d like to congratulate you and your husband as you have been picked as one of the couples to partake in the Build-A-Baby program!”

“That’s wonderful!” Mrs. Jackson said, gently rising onto her toes out of excitement.

“Is there any time in the next week you could come in to finalize the paperwork and begin work on creating your child?”

“Ah yes, just let me check with my husband and I will call you back immediately!” Mrs. Jackson hung up the phone, nearly slamming it back onto the receiver.

Mr. and Mrs. Jackson sat in the office once again. The contracts signed, and both of their samples acquired.

Nurse Ramos wheeled in a large kiosk and inserted the samples into either side. The machine sounded as if it were ready to take off, but soon died down and emitted a small series of three beeps.

“This reads both of your current genetic codes to see what we have. We can keep the good things and work to counteract or remove the bad things. So, let’s see…” Nurse Ramos took the mouse and clicked a few times, bringing up the possible genetics of future children. “All right, so the algorithm has isolated this combination of traits as the ideal one. Let’s start with the fun stuff.”

She pulled up a model for the children which indicted key genetic points. Dark hair. Oh, yes, like his father. Dark eyes. How mysterious. And just over average height. All the men in my family are quite tall.

Nurse Ramos smiled at the couple, glad to see them delighted at the phenotype of their child. She clicked the mouse again and showed them the deeper genetic results.

Likely to be lactose intolerant. Oh, well, that’s not so bad. Likely to develop asthma in childhood. With today’s treatments, he should be fine. Higher than average susceptibility to sickness.

“Are you sure this is the best combination?” Mrs. Jackson asked, her face growing redder and her fingers tightly clutching the handle of her purse.

“Yes, Mrs. Jackson, but do remember that many of these bad traits we can remove or attempt to suppress. We can’t guarantee they don’t show themselves, but we can do all we can to try and make you your ideal child.”

Mr. and Mrs. Jackson nodded and exchanged a glance. They turned back to the kiosk and began to indicate the traits they most wanted to change.

“So, they tell me you weren’t happy with your last two children. You want to return them?” the nurse asked, looking down at the files in front of her. “One boy, aged five, Victor. And one girl, aged three, Elizabeth. Is that correct?”

“Yes, nurse,” the woman answered, clutching her small pink leather purse to her abdomen. Her fingers gently brushing over the handle. “The traits we chose for them. They didn’t turn out exactly the way we wanted.”

The nurse wrote down the woman’s statement—pressing the pen too hard—causing the ink to smudge with each curve of a letter. Nurse Ramos was the only nurse who could authorize the return of children conceived through the Build-A-Baby program.

“Mrs. Jackson, we do tell you when you agree to take part in the program—that while you can customize and pick your baby’s traits—they may not express themselves in the way you expect, or at all. While science can do many things, we can’t quite fine tune the program yet. I can assure you we are working diligently.”

“Yes, Nurse Ramos, but our children are already born. Once that science is available, our children won’t be able to benefit from these advancements.”

“Yes, Mrs. Jackson, but you see, you agreed to take part in this experimental program. We do not return children unless the traits they exhibit require further medical attention or verge on the superhuman. No cases which have presented themselves as of yet.”

Mr. Jackson opened his mouth about to say something, but instead clamped it shut. He hadn’t spoken a word throughout the entire ordeal. His thick black mustache contained a few shining gray hairs throughout and appeared to sit limply across his lip, as if it too were tired of the children.

“Oh, it’s just that—we are slightly worried about our children in that respect.” Mr. Jackson glanced over at his wife who shifted nervously but attempted to play it off by adjusting her gray pencil skirt.

“What do you mean?” Nurse Ramos asked, flipping to a blank page in the file.

“Well, you see, when we were picking traits for our Victor, I wanted him to be strong, a real athletic type, you know? A son a man can be proud of. We gave him superior muscle definition and athletic prowess. Well, you see, we can’t get him to stop running around the house. Neither I nor my wife can catch the little guy. Even when we sleep, Victor continues to run. We tried to have him examined by a doctor, but he said the child just had energy and to allow him to run it out. We listened, but Victor simply kept going. We woke up to the next morning to the couch overturned. We worry he will simply run away one day.”

Nurse Ramos sat in shock for a moment as she wrote down what Mr. Jackson recounted. She looked over to Mrs. Jackson and the woman was simply looking down at her black pumps.

“Ah, well see, Elizabeth is only three and already showing the great promise, we wanted for her,” Mrs. Jackson began. “She could write her name when she was only a year old. Her intelligence certainly startled us. At two, she was answering all the questions on Jeopardy! We were so proud of her.”

Nurse Ramos sighed. “Well then, what is the problem, Mrs. Jackson? The point of the Build-A-Baby program is to create children superior to ourselves. This sounds like great news!”

“Well, yes, but Elizabeth recently showed an interest in anatomy. And, at first, we encouraged her. We bought her various books on animal and human anatomy. But, then, she began to bring dead animals home. First, it was a rat, then a cat, and then the girl somehow managed to drag an entire deer into our living room! She killed and dissected them, Nurse Ramos! We worry she will get bored with animals and move onto us. We’re scared for our lives!”

Nurse Ramos studied the parents closely. She closed the children’s files and placed her pen neatly on the desk.