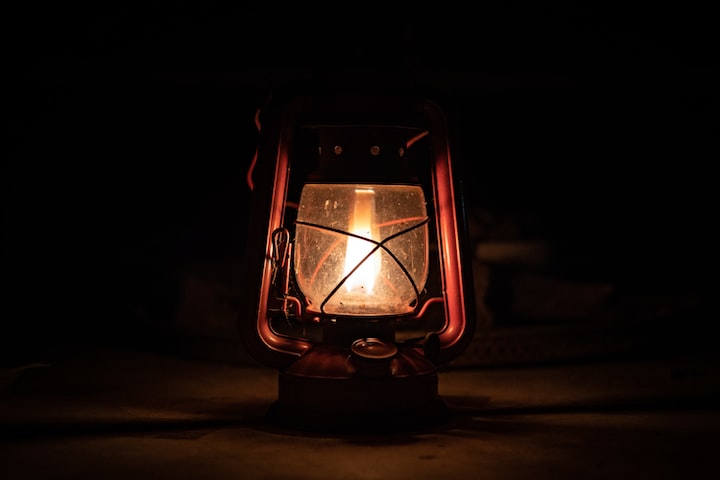 Photo by Joshua Bartell on Unsplash

“Buddha says life is suffering and I have to agree. This sucks. Kill me now,” said Blythe, heaving.

“That’s crap,” Kookie said, looking up at the sky as if Siddhārtha Gautama himself might zap her with a lightning bolt for disagreeing with him. “The difficulties in life are just a part of it.”

“I think gravity has a lot to do with suffering," Serene added. "It grinds down the cartilage between each of our vertebrae with every move we make."

"Like a mortar and pestle," said Blythe. "Gravity is the devil!"

“Maybe if you stopped smoking, Blythe, you would have an easier time. Some of us dig challenging things, it makes us stronger. Survival of the fittest,” interjected Mik as she led the way to the top. She hopped on a large rock and turned to face the others, her face drenched in sweat that ran down to her collarbone. “Sure, this hike is hard, but we have to get to the top anyway so might as well stop wasting your breath complaining. Right?”

“Not everyone can be superwoman like you, Mik. I was just making conversation. I’m obviously handling it,” irritated, she rolled her eyes.

Kookie chuckled, wiping her sticky black hair off her cheek. “No comment. Let’s hurry up before sundown and get this cursed hike over with.”

After three hours of hiking, the girls finally reached the abandoned property. The old, paint-chipped red barn would be their home for the night. They dropped off their things inside and raced into the woods at the back of the house, where the rocky creek was.

Stripping naked as if fire ants infested their sweaty clothes, they laid in the creek to cool off.

Kookie walked over to the deeper end and dove under, surfacing moments after. “Guys! This part is over fifteen feet deep! We can jump off this cliff,” she called to the others.

“I am sooo down for that!” Serene said, getting up. Mik followed.

“No, I think I’ll just stay here,” she said, laying back and letting the stream run over her face and her light brown hair.

Kookie climbed the cliff which hovered above the deep end and pinching her nostrils shut, took the first leap. The three girls whooped and cheered her on. When she surfaced, she took a seat on the flat stone edge of the bank.

Mik went next and after gathering enough courage, Serene jumped in.

After what seemed like an eternity to Blythe, Serene finally surfaced—her long blonde hair covering her breasts and part of her face. She was examining something in her hand.

“Hey Blythe, know what stone this is?” Serene asked, holding up a small peacock-colored cube object. It changed colors as the setting sun rays peeked and danced through the canopy of the surrounding soundless forest.

“It looks like a maze,” Kookie commented, mesmerized by the pretty mineral.

“Bismuth maybe,” said Blythe, inspecting the perfectly cubed metal. “But I’ve never seen one this color before. It looks like someone cut it into a perfect cube.”

“Whatever it is, it reminds me of something. It’s like I’ve seen it before…” Mik said, lost in thought.

Serene wrapped the object with her shorts and the girls began to wash up, sharing a shrinking bar of Castile soap.

When they returned to the musty barn—a contrast to their damp-haired freshness—the girls lit their lanterns and set up their sleeping bags. There would be, at most, an hour left of sunlight before pitch-black darkness.

After they finished preparing their sleeping bags and received their dinner, they sat down in a circle in the middle of the dimly lit barn.

“There’s something under here,” Kookie said, scooting to the right. She lifted up the corner of her blue and green sleeping bag and swiftly brushed off hay with her hand, revealing a circular cast-iron manhole with an inch-deep square indent in the center. "Aha! What's hidden is revealed!"

"Whoa! What!" the girls reverberated.

“I knew that cube thing looked familiar! I didn't think much of it months ago when I brushed my foot against it,” Mik said, taking the cube off the crate they were gathered around. After fiddling and trying a couple of its different sides, at last, it dropped effortlessly inside. “Help me lift this.”

“Wait—we don’t know what the fuck is down there,” said Blythe. “It could be dangerous.”

“It's probably just some kind of storage,” Mik interposed. “We have to look.”

“Blythe’s right. They threw the key in the river for a reason,” added Serene. “I guess they could’ve lost it… but I think they threw it in!”

“So... three of us lift it open and one take a peek,” Kookie suggested, moving her sleeping bag out the way. Crouching down, she put her index finger in one of the four holes.

“Sometimes you’re so fucking annoying, Blythe. You’re literally scared of everything,” said Mik, visibly annoyed. “I’ll use two of my fingers. Blythe will have to look anyway.”

“I’ll turn away!” retorted Blythe. “We’re not even supposed to be here. Imagine a bunch of strangers snooping around on your property and opening doors you weren’t invited to open. You wouldn’t like it.”

“This place—this old barn—is abandoned, Blythe. The property is on sale. I was thinking we could buy it which was why I wanted to go here with you guys tonight. I've been fixing it up—we’ve always talked about wanting to have a farm together…” Mik explained.

“Serene, are you lifting or peeking?” Kookie coaxed.

“Shit. Are you guys sure about this?” she paused. “I guess I’ll lift? Unless Blythe wants to.”

"Great! Blythe, you’re peeking. If you dare close your eyes when we open this thing, I will never forgive you,” Mik said, glaring at her. Blythe, feeling resentful, stuck her tongue out.

The three girls stood up and got into position, each with a finger in one of the four holes, Mik with two.

“One… two… three!” the girls counted, lifting with all their might. It didn’t budge.

“Let’s try one finger each and see if that makes a difference. We can set it on the crate once we lift it,” suggested Serene. The girls agreed.

In unison, the girls turned the heavy cover to the left until it stopped. After a count of three, they lifted it. Together, they lugged it to the crate some five feet away, carefully placing it atop.

They looked at each other and then to the mysterious darkness beyond the opening, half-expecting some beast to jump out and gorge on them. Swishing and sloshing echoed from deep below.

“What the hell was that?” Blythe whispered, stepping further and further back.

After a couple of minutes of not being mauled, Mik got on all fours and slowly crawled toward the hole. Kookie placed her hand on Mik’s shoulder to stop her.

She quietly walked over to her backpack to retrieve the folding knife that she carried everywhere with her. Nodding at Mik, she crouched closer and closer to the opening. Serene looked back at Blythe—who had her back against the barn wall—and grabbed the nearest lantern. She inched closer and closer, after her two other friends.

The swishing and sloshing sound came from water. The cavern below was flooded, and dark like ink. A stale stench wafted upwards through the hole.

Metal rungs protruding from the cement wall led to the bottom; whatever was beyond the ten-foot drop was unknowable. “Who is the braver one,” Blythe said, walking up to them. She continued, “Serene, Mik, or Kookie?”

“It isn’t you,” Mik responded, irritated.

“Curiosity also led to new discoveries,” Kookie remarked. “Don’t you want to be an archaeologist, Blythe? Archaeologists explore the unknown all the time.”

“Everyone stop fighting. Rock Paper Scissors—come on,” Serene said, holding out her closed fist. “You don’t have to do it if you don’t want to, Blythe. Go last if you want," she turned to Mik and Kookie and said, "Stop pressuring her. She’s obviously scared.”

“No—she needs to hear this,” Mik said. “Caution is good and necessary for survival, but constant cowardice about everything is revolting.”

“Screw you, Mik. I don't know why I'm even friends with you! You think you know and can do everything! Stop trying so hard to be a man,” Blythe retorted, her eyes welling up with tears. “I’ll go first, happy? So you can shut up for once and for all.”

“No!” Blythe cried. She grabbed Mik’s arm firmly and yanked her out, causing Mik to lunge forward, scraping her palm.

“Seriously?! What is wrong with you, psycho!” Mik yelled, dusting off her palms and pants.

Tears streamed down Blythe’s face. She picked up a lantern and without a word, began descending.

At the bottom, with one hand on a metal rung and another on the lantern, she twisted her torso and held the light out into the darkness behind her. A fearsome image of a woman with soaked, rotting gray flesh and a blood-curdling gaze flashed through her mind. “It’s some kind of storage room,” she called, wiping off her tears.

Paint cans and paper floated and bobbed on the surface of the murky water. With one foot on the last dry rung, she felt for the bottom with the other. The water was over a foot deep and she still hadn’t touched the ground.

“How deep is it? What else do you see?” asked Kookie, eagerly.

“I don’t see anything except some floating cans, cardboard, and pieces of wood. I don’t know how deep it is—it’s definitely over two feet deep.”

“If you’re not going to hop in, come back up and I will,” Mik interjected.

“What, and give you the satisfaction of making fun of me for chickening out? No thanks–“ she hung the lantern on a rung and jumped. Her whole body disappeared in the water.

“She’s taking too long,” Serene said, concerned. “She’s been under there for over a minute.”

“She probably swam further to check it out,” Mik said. "Let her have her brave moment."

“Blythe!” Serene called. No response. “Blythe, can you hear me? Are you okay?”

“I’m going in,” Kookie said. She had a bad feeling. She hopped into the chamber and turned to Serene. "Get my flashlight!"

“I'm right behind you,” Serene said, grabbing the flashlight and following after her.

When tears are in your eyes

I'll dry them all

I'm on your side

Oh, when times get rough

And friends just can't be found

I will lay me down

Simon & Garfunkel's “Bridge Over Troubled Water” serenaded evergreens through the open windows of a white Toyota 4Runner with black rims. It was a lovely summer afternoon, with clear blue skies.

It’s been four days since the girls were last seen.