It's Just That Easy 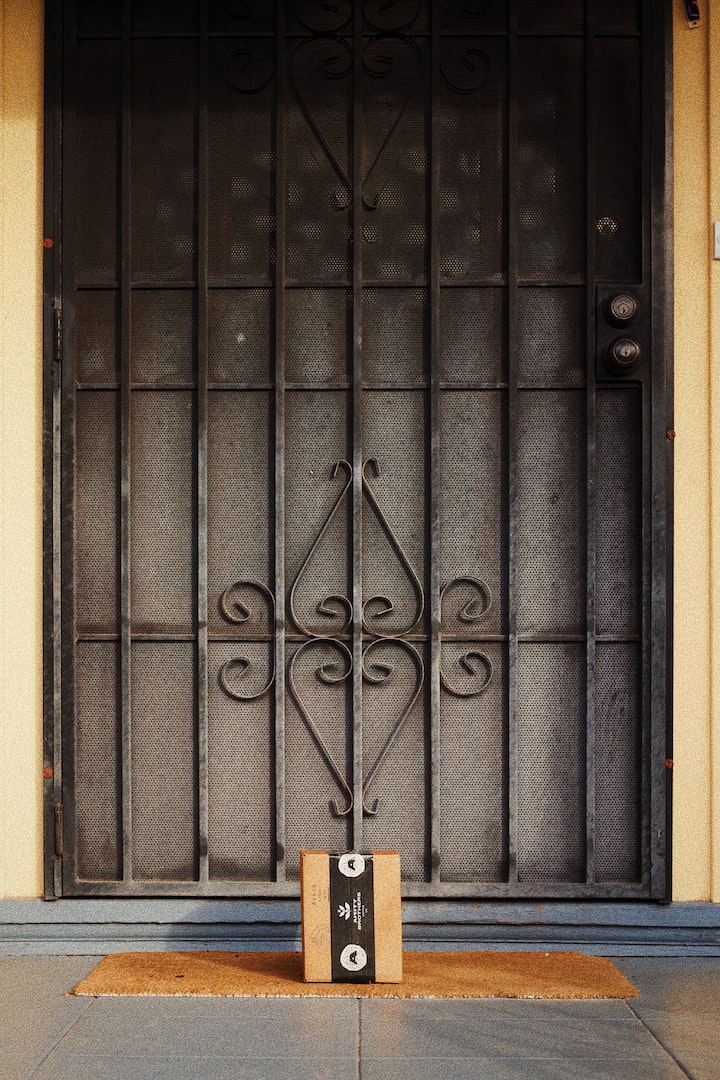 Photo by Zachary Keimig on Unsplash

It's simplicity. It's rewarding. It's insanity.

But it's life--this life, anyway. This life with Arnie in the middle of nowhere trying to outlast the other experiments. "It's quick and easy," they said. "Just a couple weeks in isolation and you're two thousand dollars richer." Bullshit. That's how it started, sure, but then came the extension proposals and challenges and what was this experiment about anyway?

It's been longer than two weeks, that I can say definitively. I know because the calendar in the kitchen has days scribbled out from March to October, each date nearly unrecognizable under the red, black, blue ink. Because Arnie's tan has faded to a pale white, and no amount of laying in the sun room has brought color back to his skin. Because there's three inches of dark brown root-growth against my faded pink hair. Because letter upon letter of "With your permission we would like to extend the observation period another two weeks," sit on the kitchen table.

(We had checked yes each time. We checked yes and held the paper up to the camera above the fridge and continued about our day. It had been so easy. "Just stay inside the house. Let us observe what happens when two people are left to their own devices and deprived of outside stimuli. You can stop at any time." But there's other houses like ours. And other people informed that the last house standing gets double the promised pay-out. So we check yes and we live the same day over and over again. It is predictable. We are happy. We are insane.)

Arnie hovers just outside the doorway, the sun shining through the wall of windows nearly reflecting off his skin. He's early--three hours so--and he looks like he saw a ghost, or maybe ate a lemon stuffed with razorblades. And this is alarming. Alarming because he has his own routine to keep, his own lines drawn in the sand. (Wake up. Brush his teeth. Breakfast. Get dressed. Puzzles in the living room. TV. Morning nap in the sun room. Lunch with me. Rocket science. Dinner. TV. Shower. Brush your teeth. Bed.) Alarming because he's never shy with me, never holds his tongue or lets his words right themselves on his tongue before spitting them out. Alarming because this has never happened.

"I need to show you something." He says it like the words are jumping ship, like he doesn't really want to show me anything. "And I need you to be normal about it."

Be normal about it.

"Whatever do you mean?" I sigh, finally pulling my attention away from the cookbook I was leafing through to look at him head-on. He looks worse under my full attention: one hand nearly ripping through the collar of his t-shirt, and the other bruising small crescent shaped indents into his palm; his jaw clenched like we're eight and it's been wired shut by an orthodontist again; his eyes wide and crazed. "What? What is it?"

"The door? What about the door?"

"Bethan!" Arnie shouts over me, taking a sharp breath after effectively cutting me off. "Be normal. And come look. And--Just please be the most normal, human-esque person you can be."

"You're scaring me, Neen," I force out, my head spinning from Arnie's commitment to being vague.

He's fully in the sun room now, reaching out with his bruised hand to grab onto my arm and haul me to my feet. He's being vague about the door. He looks like someone just shot a dog. He's bringing me to the door, the "The only rule: Don't open the door under any circumstance" door.

We're tripping each other as he leads me to the front door, staying close like I haven't walked over these floorboards enough to wear a path and still need a guide to get me to the final destination in one piece. The silence of the house has never felt eerie until this very moment. Not until Arnie has my hand in his, his grip enough to shift the bones. Not until the door is shining bright behind my eyes and sitting ominously ten feet ahead.

"Go to the door and look. And be normal."

"Okay. Be normal. Easy. Cake walk. So very normal the morning we're having, just you and me Neen. Looking at the--"

He lets out a soft, defeated whine behind me when my words trail off. The door stands in front of us--the locks all locked and the alarm light shining green--but so does a cardboard box. A cardboard box sitting just outside the front door, taped up tight with messy block letters scribbled onto the sides.

"And you're being normal?"

"It says fragile." And it does, in big block letters all over.

"Says Open me!, too." And it does, in the same block letters, on any blank space that doesn't say fragile.

"Why is there a box on the porch?"

"I was hoping I imagined it, honestly. I spent most of my morning just standing here and staring at it like maybe it'd just disappear if I gave it my undivided attention."

"Not a new one since last week's extension. Checked all the old ones, too. Went through them all and not a single mention of a box on the porch."

I step back from the door and herd Arnie away with me. We backtrack to the sun room, sit on the floor by the couch so we can't see across the house.

"Whatever it is," I say, my voice coming out steadier than I feel, "it doesn't exist."

"Shared hallucination. Isolation got the better of us."

But the box does exist, and with it a million and one questions, comments, concerns. With it a locked door. With it the sound of some bone-tired student shushing a room to zoom in and further examine our reactions. With it the pinching of skin as Arnie and I clutch at each other's hands. It's just a box. It's just a tiny blip in the routine:

Wake up. Stretch. Breakfast. Brush your teeth. Shower. Get dressed. Make-up, hair. Ready for the day. Read in the sun room. Stupid box on the stupid porch.

More stories from l.j. swann and writers in Fiction and other communities.