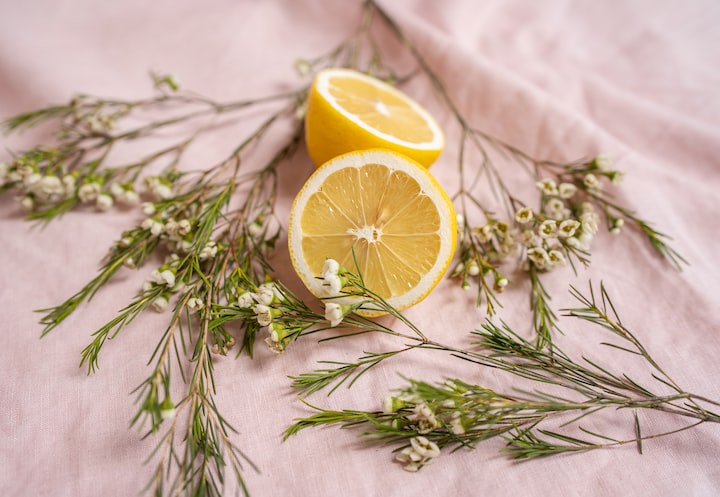 Photo by Alisa Anton on Unsplash

Her apartment smelled of palo santo and patchouli. Greenery lined her window sills and ivy baskets hung from the ceiling, all spilling beautifully into her cozy living room. There were stacks of books near every seat. The blush colored velvet sofa was worn and suited the room even more because of it. A sudden sense of calm washed over me. Stepping into this apartment, I was safe. I was able to speak freely and be completely myself, which I don’t think I have ever done or had the urge to do. I was almost mesmerized by the feeling. She has cultivated a place truly spectacular, and I don’t think that was her intention. This was her.

“Can I get you anything to drink?” She asked while lighting a candle that was called ‘Karma Cleanse’. She continued, “I have water, tea, kombucha, I can whip up a juice or smoothie if you’re into it...”

“I’d love a green tea.” I accidentally cut her off, but I had already forgotten everything she said after tea and wasn’t quite listening anymore.

She seemed more than excited that someone requested a beverage in her home. Or perhaps it was all part of it. The smells, the textures, the plants, the ambient music playing in the background; it was all meant to make people feel at home. The scent from the candle was starting to make its way over to me. Lavender and mint, a nice combination. I did feel at home which was a terribly odd sensation.

My apartment seems almost sterile compared to Lou’s place. She lives in a beautiful building dating back to the early 1900’s. Nothing has been remodeled, aside from the obvious updates to keep it in code, it is a pristine vintage beauty. I live in a new development; cement floors, industrial style, modern furniture, not an item out of place. Her thrifted decor and secondhand furniture looked as though they’ve been here forever. Every item of furniture I own came from IKEA and looks like a cookie cutter depiction of a single man in his late twenties.

I heard the kettle whistle from the kitchen and realized I had been lingering in the living room in awe for several minutes. She probably thinks I am the weirdest person ever. Actually, probably not. She probably doesn’t ever judge people. Nobody that has a meditation corner has ever cast judgement, right? I don’t know but I needed to get in there.

“Do you want milk or honey?”, she asked as I rounded the corner to the kitchen.

“Oh, a little honey would be lovely.” Lovely? Who says lovely? I don’t think I’ve ever said lovely in my life.

She took the bear of honey out of the cabinet and said, “Local. It’s good for those allergies of yours.” How did she know about my allergies?

“Thanks so much.” I took a small sip of the still nearly boiling tea. “If I don’t sip it when it’s too hot I tend to forget I have it.”

“I do that all the time. I have the worst habit of setting tea down in random places around the house and finding them days later. I forget all about them.” she said as she lit another candle in the kitchen. This one called ‘Garden Mint’, it smelled of spearmint and a backyard on a hot day after it rained.

“What’s with all the candles?” I asked. It came off way more aggressive than I thought it would, but there was no taking it back.

“I just like them. I like the ones that smell like real life, you know? I find them at farmers markets or little local shops. The ones that are made of all natural ingredients, none of those chemically fragrances, so it’s like having a bouquet of flowers or a pine tree in your house all the time. I find it soothing.”

“I really like this one, it reminds me of playing outside when I was little.”

“Exactly! A nice summer day, running around the backyard, not a care in the world; real life stuff.” she said as she made her way out of the kitchen and across the living room. She stopped at a walnut credenza topped with a teal record player. “What kinda music do you like?”

I was almost frozen by the question. “Anything really.” was all I could manage to think of to say.

“Go ahead.” It is your house after all, I thought.

She began to sift through her collection that lined the shelves of the beautiful credenza. As she was flipping through, I caught glimpses of a few covers; one for Janis Joplin, Fleetwood Mac, The Commodores. Making her way down the line, it shifted to more modern music; The 1975, Harry Styles, Ashe. Finally, she chose something that I could not make out by the cover alone.

We sat, her on the floor and me on the sofa, and enjoyed the music. Conversations drifting in and out. She was easy to talk to and, at the same time, not talk to. There were no awkward silences. It felt as though there were intentional pauses. Moment for reflection and music, not every moment filled with words. And never, not once, was it uncomfortable. The final track of the record, and I finally knew a song. ‘Ooh La La’ by Faces.

“I love this song!” She said as she closed her eyes and swayed. “It’s really the only reason I listen to this album.”

“This was my dad’s favorite song,” I said hoping she wouldn’t ask any questions. “He played it all the time when I was growing up.”

She opened her eyes and gave me a knowing grin.

I smiled at the floor and listened to the song.

More stories from Shae Moreno and writers in Fiction and other communities.