by Zephyr Zywick 12 months ago in Sci Fi
Report Story 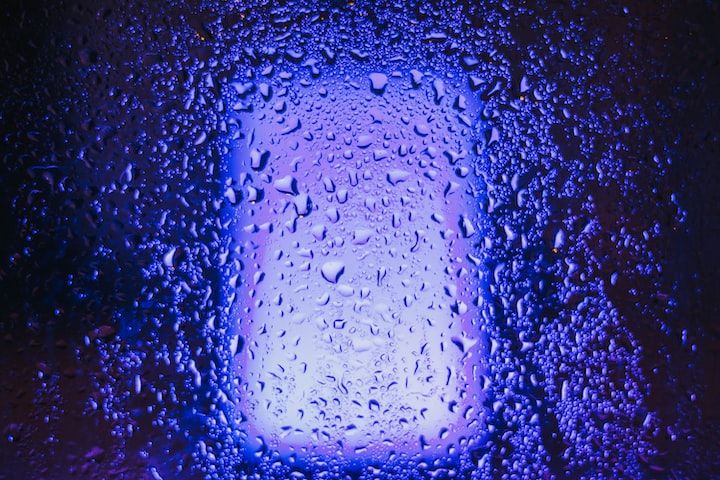 Photo by Alex Ware on Unsplash

It started with the blue rain. We had been so worried about acid rain, but then it started to rain in big, beautiful blue plops. They didn’t sting at all.

To most of us, it seemed interesting. Fun even. We stood outside and turned around slowly in the iridescent droplets. They were comforting in some way. It didn’t occur to us to question why they were coming down all over our world at the same time.

Just as quickly as it started, it was over.

It was a fluke.

Scientists were trying to study the phenomenon as seriously as they could–worried for our race: the human race. The droplets had elements we’d never encountered. They were other-worldly. They seemed inert. Harmless.

Months later, as children were born… that’s when we noticed the first changes. Biological, physical changes. There were differences in their organs, their eyes, their bodies. The differences varied in degree, depending on how far along they had been in development.

The world accepted them as “the rain children.” They were all given heart-shaped lockets.

Much later, they were referred to as Gen One. They were raised within our society and socialized with us all. The next batches of babies were the same as we’d expected before the rain came.

It was a gift.

Two decades passed and all those children grew. They acclimated to our societies. Together, they reproduced with others like them, and with the regular rain-free folks.

Gen Two was even more diverse. The change in their evolution, in just one generation, was marked and shocking. It should have taken centuries.

Their organs were exceptionally different. Their blood was aqua. Their facial features shifted to larger eyes, a narrower nose, and smaller mouths. Most unusual was their ability to speak to each other telepathically.

It was a shock.

Gen Three was still humanoid, but they didn’t resemble their grandparents in so many ways. Some organs were completely obsolete and missing from the new batch. New organs, unknown to us, were present.

No matter how much science learned, it was always a step behind. By then, the world was fully integrated with a mixture of rain-children and some non-rain people, too.

Everyone mostly got along. There were always a few crazies, but they existed before this all happened.

Gen Four, completely telepathic, began to make the non-rain leftovers feel obsolete. Technology didn’t favor the old humans. By the time eighty years had passed and Gen Five came into existence, the culling of the old ones was basically a matter of waiting for them to die off.

It was a hundred-year plan.

The iridescent rain. So beautiful. It was such an easy way to take over the entire planet.

Earth is now a beautiful, peaceful planet, full of wildlife, sleek buildings. and advanced humanoid aliens who saved her—from us.

There are still factions: The Never-Rainers. They hide in caves, in the mountains, on the outskirts of civilization. They remain bitter. They fight. They hate.

The Rainmakers, as they now refer to themselves, peacefully allow them to coexist. They never came to harm the people or the planet. They came to integrate and to save us from ourselves.

The only real solution is to request, from the mothership, one more blue rain to encompass the entire planet. One more day of rain… and in a generation… or another hundred years… the battles would have faded away.

There would be no more hunger, no hatred, no pollution. The Rainmakers couldn’t reach the ship. It had traveled through a black hole. It might never return.

Even if it didn’t, the Never-Rainers only had so much time left. If they ever came in from the cold, the Rainmakers would accept them, just like they had been accepted.

That’s what it was all about, after all.