by Lauren Triola 7 months ago in Fantasy
Report Story 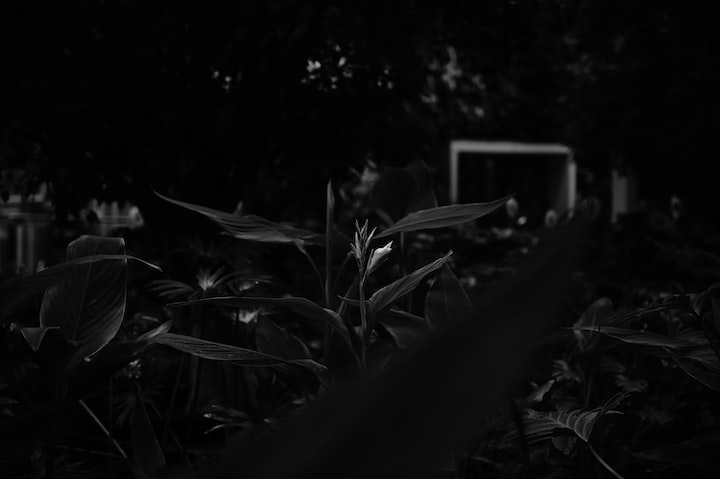 Photo by Ryunosuke Kikuno on Unsplash

Vera trimmed the dead leaf off her violet. She had created this hybrid herself. The blooms were just beginning to bud, and she didn’t want anything to go wrong. She couldn’t wait to see how the flowers turned out.

She had chosen the parents of the hybrid carefully and nurtured the seedlings, giving them the right amount of water and sunlight. She wanted this plant to be perfect.

But it had taken a long time to bloom, which had concerned Vera at first. The plant had grown to maturity, full and thick with foliage, without one blossom springing forth. Even without the flowers, though, the plant was beautiful. The leaves were a dark green with red underneath. The red tinged the edges of the leaves, like blood clinging to a sharp blade.

When she finally saw those tiny buds poking out from beneath the center leaves, she was overjoyed. Everything was coming together nicely.

A couple weeks passed, and she watched the buds grow, sprouting forth from the dense foliage. There were several of them, each bud like a drop of oil—dark, black, and shiny. No one had ever made black violets before. This was going to be very special.

Vera had planned it out with precision, and now all that hard work was paying off. She was going to have the perfect gift.

Her next-door neighbor, Ron, had moved in almost a year ago. His first anniversary of coming to the neighborhood would be here soon, and Vera wanted to give him the housewarming gift he deserved.

When he’d moved in, he’d told the first people to see him—the lovely family across the street—to not bother with getting him anything. He’d grudgingly accepted the casserole they’d made for him, but Vera later saw it on his back stoop, his dog eating it.

His dog had also dug up Vera’s prized rose bushes. She’d been growing them for years. She didn’t blame the dog—dogs will do what dogs will do—but Ron let him roam the neighborhood, barking at children, digging up yards, and crapping all over the sidewalk. Ron had just laughed when Vera asked him to keep his dog to his own yard.

And that was only the beginning.

It wasn’t until he’d been there for several months, however, that Vera decided to create a brand-new violet hybrid, just for him.

Vera had woken late one night to someone screaming outside her window. She’d peeked through the blinds. Ron was yelling at his girlfriend. She was crying, her lip bleeding. Vera called the police, but Ron’s girlfriend insisted he hadn’t meant to hurt her. But Vera knew the truth.

Ever since, Ron glared at Vera whenever they crossed paths. She’d found an extra helping of his dog’s feces all over her front porch.

Vera wanted to fix what had been broken.

Now, it was time. The buds had blossomed. The flowers were as black as the buds had been, with a bright red center. The same red that tinged the leaves. It looked beautiful.

There was just one more thing.

Vera placed the mouse she had found in her kitchen in front of the violet. The mouse began to scurry away, but the flowers spat a red mist at it. The mouse collapsed on the tabletop. One of the red tinged leaves reached out and dragged the corpse toward the violet.

This was going to be the perfect gift.