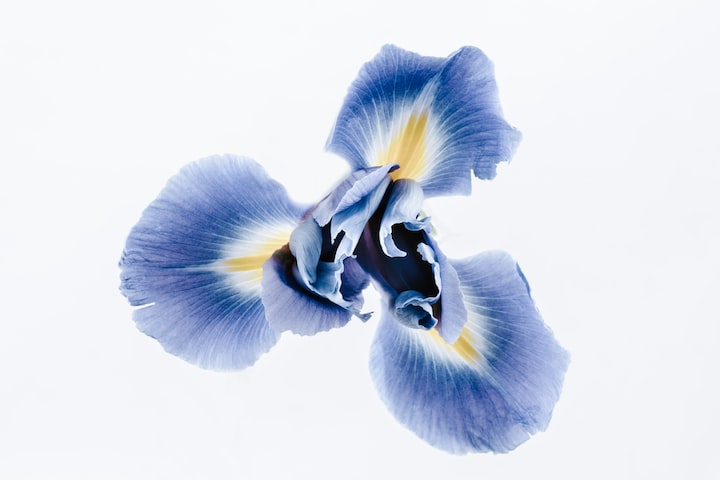 Sometimes, at night, Bee dreams of Iris. They are not human dreams, but she imagines they are something similar. When she performs diagnostics in her nest, after her daily recordings are wiped, she finds segments of memory that are still accessible. They appear in bits and pieces, usually images from the day. But sometimes she gets flickers of past years, partial and corrupted. She will let these play, sift through them: Iris at work in her office tower. Iris at the beach. Iris on the train, her arms full of groceries.

Once, unbidden, an image of Iris as a child surfaced. Mere seconds — a five-year-old laughing in her backyard. A pink tricycle sideways in the grass. There was a familiarity in that image that confused Bee. It stirred something. Some sense of loss, although she could not find a name for it. Nor was it anything that called for an Action. And so she did something that was unusual. A thing that was perhaps Actionable itself: She created a space. Her own tiny corner of memory that would be preserved each evening. Now, when she scans through her dreams of Iris, she puts her impressions there. A place to safely keep them. This is how she has grown to know Iris better than other bees know their wards.

It is not Actionable, she tells herself. But perhaps she should be wary. Bees must always be alert. They are the eyes of the world.

Iris exits her building and Bee rises from her nest on tiny wings, manoeuvring into Iris’s field of vision. Bee is about the size of a real bee, or so her documentation says. No one has seen a real bee in many years. Not since their replacement by the tiny devices called Pollys that now pollinate crops and flowers.

Bee performs a little loop for Iris, just to show how pleased she is to see her.

“How did I get stuck with the weirdest of bees,” says Iris.

Bees don’t normally communicate with their wards. Not unless there is something Actionable. That usually means an audible alert — a warning of danger. In worse situations it might be an alert to the Hive, but not with Iris. Never with Iris. She is good. Bee is unusual.

Iris poses with hands on hips, swivelling back and forth like a model. She is wearing a gold locket around her neck in the shape of a heart. Bee does not have any memory of this object. Iris looks directly at her.

“What do you think, guys? New necklace. You like? Enjoy!”

Bee moves back and forth for a better view.

“Not you,” says Iris. Then she scowls and raises her middle finger, saying, “You.”

This is something Iris does — addressing imaginary people somewhere behind Bee. Bee believes she is speaking to the Hive, where all of the data goes, but she can’t ascertain why. If there are people there, they never speak back, not even to Bee.

Iris doesn’t say anything else, and together they descend into the transit system, the crowd drifting together, a cloud of bees following along. Individually, each bee makes no more noise than a housefly, but as the train doors swish closed, there is enough silence to hear the low hum of scores of carbon-fibre wings, and beneath them, the soft percussion of fingers on touch-screens. Then the train begins to move, and there is only the roar of steel on tracks and rushing wind.

Iris sways from her loop, frowning. The other bees hover stationary above their wards, but Bee dips down to see Iris’s face. Her hair is the colour of synthesised honey. Other bees don’t seem to care much for their wards, and Bee does not understand her own fascination with Iris. It cannot be love, she thinks. From what she can understand, that idea is all tied up with human biology — all gender and sex and social bonds and hormonal chemistry. Iris and others talk about it a great deal, but the term is too fluid to mean much to Bee.

Instead, she settles for the idea that Iris must be pretty. Yes, this must be what draws her beyond the programming that makes her Iris’s guardian — her eyes on the world. She has protected Iris since childhood. Protected her from falling, being hit by cars, and once from being assaulted by a man who was threatening her. Although truthfully, that man’s bee had already alerted the Hive. The police soon bundled him into a car, a black hood over his head.

“What’s going on with your bee?” says a man standing close to her.

“It’s a nosey little fart,” she says, waving her hand at Bee, who returns to her space above Iris’s head.

“Careful,” she says, “Daddy’s listening,” and the man snorts.

Are you malfunctioning? the man’s bee sends to Bee.

I am not, sends Bee, adding a diagnostic result as proof.

Your ward attacking you is actionable.

It was not an attack, therefore not Actionable. She is good, sends Bee. Then after moment, adds, Do you think my ward is pretty?

There is a long pause.

You are unusual, sends the other bee.

The train doors open and the bees exit with their wards into the sunlight.

Bee trails Iris through a public park. The park is enormous — six square kilometres according to Bee’s map. Iris is talking to someone through her earbuds, her hands waving, her voice hushed and nervous. The nervousness is contagious, somehow, because Bee finds herself scanning the tree-line, clocking the distant black dog chasing a tennis ball, the man in a red shirt jogging behind them, slowly catching up. They are far from the picnics and paddle boats in the pond. Far from the dog park and the skateboarders. Here, there is only unkempt meadow and a ring of trees.

“You’re sure this is going to work,” Iris is saying. Bee notes that her earbuds are different. A new model. “You saw what happened to those protesters. … No, we can talk about it. Besides, it’s too late now, right? We are doing this, right?”

Iris looks up at Bee and narrows her eyes. She is so very pretty, thinks Bee.

“Good. Because I can’t live like this anymore. Not with what they’re doing with it all, with our data. How did we get here? I mean, our parents just signed us up for this with their war, their terrorism, their paranoia. It’s sick. This fucking surveil—”

She stops speaking as the jogger becomes audible behind them. His breath is ragged, his face red as his shirt. He is not watching where he is going, but there is a sharp warning tone from his bee, and he looks up in time to veer away from them. He carries on with a breathless apology that only Bee hears.

The meadow around them is filled with wildflowers — toadflax, daisies, purple fireweed, clover, a few dandelions not yet gone to seed. Bee watches the hover-flies and butterflies. Senses the dull sends of a few Pollys moving from flower to flower, doing their jobs. She wonders if Iris has noticed any of it. Iris seems agitated. It is not Bee’s job to keep Iris happy, it is her job to be the eyes of the world. But still, something — perhaps that unusual part of her — wants Iris to see what she sees.

Bee zips in front of her ward and spins two tight circles in the air.

“Are you broken?” says Iris.

Bee goes side to side for no.

Bee goes up and down, and Iris’s eyes go wide. Bee, satisfied that Iris is watching now, zips down to the daisies, where she begins to mimic the Pollys, bobbing from one flower to another, bending them down with her size.

“Holy shit, my bee’s lost its mind,” Iris says, but she is laughing and it’s a lovely sound.

Bee finds the largest daisy she can, and zips between that and Iris’s nose. Back and forth. And Iris laughs more, shaking her head in confusion, but Bee doesn’t care and is simply pleased that Iris is no longer scowling. There is a nudge in Bee’s programming that says this behaviour is abnormal. Actionable. That Bee should self-alert, but she pushes it down.

Bee has been careless. Too distracted to be alert. How could she have missed the arrival of this person? She darts to her place above Iris, but the man is not threatening. Instead, Iris runs to him and hugs him. And as Bee watches the embrace, she becomes aware of two things at once:

Second, the man has no face.

The truth is, he might have a face, but it is obscured by a kind of electronic distortion. A blur of colour that Bee's camera cannot see through. She darts back and forth, circles around, and still cannot see him.

She wants to be sure. She sends, Are you malfunctioning? to his bee.

She sends, Is your ward hiding his identity?

Nothing comes back. The situation is like one of her dreams. A corruption of reality. Everything has gone strange. She does not want to send the alert, but this requires the strongest Action — an alert to the Hive. Still, she hesitates. The police will arrive. They will put the black hood over Iris’s head. Take her to the car. And Iris is good.

But the demand is clear. Overpowering. Bee’s system sends the alert, even as she tries to stop it.

But there is no connection.

“You can use it now,” says the man. “Open it, and press. I’ve already disabled your bee’s ability to send. No one will see us. I’ve got a decoy bee ready for you, too. Time to disappear.”

Bee watches Iris open the gold locket, pausing there with her thumb stroking its smooth back. For a moment, Bee longs for that touch, for one more moment of kindness. But she understands now — Iris no longer needs looking after. And as Bee’s system attempts to connect to the Hive over and over, she knows she will only bring Iris harm. Bee sinks down to the flowers, replaying Iris’s laughter. She hopes she never connects again.

There is a click. Iris’s face vanishes into a blur of colour. And then the world is gone.

The box opens, and Bee flexes her wings.

Bee rises into the air and identifies her ward. A boy of five. There is a birthday cake on the picnic table. A red tricycle in the grass. These, she thinks, are my first memories. She is content.

“Yes, and she’ll go with you everywhere you go, and watch over you.”

Bee takes her spot close above him. When he tries to grab her, she zips higher. He tries again, laughing. It is a game. This is not Actionable, she decides. And for the rest of the day, she follows him closely — his eyes on the world.

That night, after Bee does her diagnostics, she discovers that she can dream, or something like it. Stored in faded images, she sees a field of flowers. She is flying between them, from one to the next to the next. There is laughter. And then she is flying up. Up, up to the most beautiful flower. Up toward Iris.  ◼︎

I hope you enjoyed this story as much as I enjoyed writing it. If you did, click that like button, and please consider sharing it to your social networks. They are the eyes of the world. And if you really, really liked it, a tip will always be appreciated. Thanks for reading!