A metal musician struggles with an injury and a doctor who urges him to follow the rules. 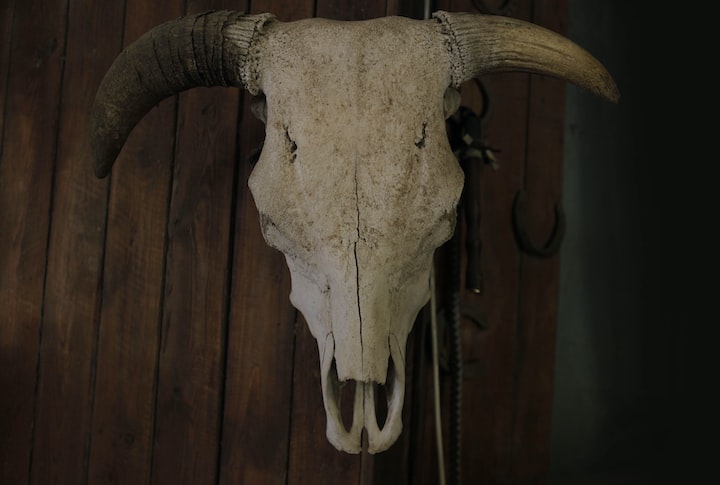 Photo by Eran Menashri on Unsplash

They called me “the bull.” My nickname from the pit. It only made sense to put horns on everything. We put a bull on the kick drum, all our microphones have horns on the end. I even started wore a viking helmet with horns on it on stage once. We named our band Taurine for Christ’s sake!

That’s the thing you get from bull’s piss, I mean. That probably sounds pretty stupid to you, but we thought it was hilarious.

Being in a metal band is probably about as intense as you’d think. The on-the-road lifestyle combined with such a passionate fanbase and lots of alcohol? I have more tattoos that I don’t remember getting than ones I do. Same for scars.

I’ve been a metalhead since I first heard Slayer in fifth grade. It was my older sister’s CD. I used to hide her copy under my bed so I could listen to it without having to ask her permission. From there it was Godsmack, Rammstein, White Chapel, the list goes on.

The point is I’ve been listening to metal ever since I was old enough to pick my own music. No other genres have ever captured the energy inside me, or shown me the world the same way I view it.

So as soon as I had my driver’s license and a job that gave me pocket change, I went to metal shows. I remember the first one I went to - you never forget your first, right? - was more like a rowdy party in the backyard of a bandmate’s house or his parents’ house than anything else, because most of us were too young to get into a bar. A fire billowed against the night sky, fueled by empty beer boxes. What? Just because we couldn’t go to bars doesn’t mean we weren’t going to drink!

By the time I showed up the guitars were screaming through the amplifiers and a full blown mosh pit roiled in front of the porch-turned-stage. Men and women threw themselves against each other, hands reaching and shoving, long, rebellious hair swinging around.

Before I realized what I was doing, my arms pumped at my sides and my legs propelled me forward, eyes locked onto the crowd. I felt the bodies before I knew I had reached them, ricocheting bodily from shoulder to shoulder. Crashing through limbs vitalized me with a surge of life I hadn’t felt before. When I burst into the center of the group, they greeted me with welcoming shoves and shouts.

That’s how the nickname started. Charging into mosh pits became my signature move.

Weeks went by that way, then months, then years until I grew old enough to see shows at bar venues instead of just unofficial parties and public places. Most of the time the pit was civilized. Without knowing the etiquette that probably seems like a crazy notion. Suffice it to say, you only strike to hurt if you’re confronted by a crowd killer and if someone falls, you help them back up. Every pit, no matter what, I charged in head first.

Over time I made like-minded friends in the scene and even some with talents and aspirations to make metal music. I practiced screaming.

Metal music has some distinct vocalizations and each requires the singer to understand their technique to perform for any length of time without shredding his vocal chords. I learned them while earning plenty of noise complaints from neighbors and even one police visit when my neighbors thought they were hearing a domestic dispute.

We went through a few names before settling on “Taurine,” mostly as a joke but it really caught on. I like to think that my literal burst onto the scene is what made that happen. Everyone knew who we were because they knew “the bull.”

It seemed natural for me to be the front-man, then, and my screams sounded good enough to start playing shows about two summers ago. Two months ago we had a steady gig at a bar in the next town over every weekend.

And enough people heard about us, spread our videos on YouTube and shared our Facebook posts that a talent agent came to see us play. We knew she was going to be there so we went all out. My girlfriend even straightened my hair so it’d look even longer. I drank a spoonful of honey every night for a week before the performance. We got a new bull decal for the drum set.

Everything was going to be perfect.

“You know the rest, doc,” said Rafael, slumped back in his hospital bed.

Dr. Singh nodded. “You took a flying leap into the crowd but a wire caught your ankle and the very real bull horns on your microphone stand gored your leg, spraying blood over the audience --”

“-- Who thought it was a badass special effect until I curled up on the floor.” Rafael sighed.

“When I asked you to tell me how this happened,” Dr. Singh chuckled, “I didn’t realize I was talking to such a storyteller.”

Rafael shrugged. “My buzz might be gone but these painkillers you’ve got in my arm make my lips loose.”

“I’ll keep that in mind when I write your prescription.”

Rafael brushed the doctor off with a gusto that made him twinge in pain. “I’m not going to cry, doc. It’s metal to be confident in your masculinity, but crying isn’t me.”

“And why would you? The gash was deep and you’ll be off the leg a while, then struggling with the muscles the rest of your life, but your use of crutches or a wheelchair will be limited. It would’ve been much worse if you stabbed yourself in the throat or your chest. You can still perform.”

“Surely not,” the doctor retorted. “Bulls are also castrated when they are no longer deemed useful.”

Rafael cast his eyes down and set his lips in a thin line.

“I want to help you, Mr. Bose,” said Dr. Singh. “But if you insist on being bullheaded then I’m afraid modern medicine can only do so much.”

The dull and distant feeling of itching, scratching pain running through Rafael’s leg made him twitch. “All right. Let’s do it.”

After two months of constant applications of antibiotics and pain medications, the chords of metal music called to Rafael again. Pounding drumbeats and tearing guitar notes waited for his voice and presence to work them into a churning mosh. Despite Dr. Singh’s warnings, Rafael found himself at the same venue where he had his accident.

The crutches dug into his underarms and chafed against the calluses forming there. The sweat on his palms came not only from exertion but from each crash of the cymbals and the shrieks from the stage. He bounced from one foot to the other, but winced and stopped himself.

In the back of the dinny bar, no one noticed him. A cow at pasture, not a raging bull thundering toward the crowd.

“I thought I might find you here,” a voice hard to hear over the cacophonous music slithered through the smokey air.

Rafael turned his head and found Dr. Singh with a stiffer gait than his own as he reached the back table. “What are you doing?”

The doctor shrugged and sidled beside his patient. “You missed your last physical therapy session and I heard there was an event here. I’ve never been here before, so I’m afraid I came a bit late. Glad to see I wasn’t too late, however.”

“Ah,” Dr. Singh shook his head. “I feared you’d do something reckless and try to perform again.”

“I might,” snapped Rafael, downing the last of his sweating beer.

Rafael thought back to the night where he lay on the floor, bleeding, with his own namesake spearing his leg. “Bulls are castrated when they’re not useful, isn’t that what you said?”

Dr. Singh shook his head with more fervor. “Mr. Bose, that’s not what I meant. Mobility aids are not --”

Rafael sloughed off his crutches, all but throwing them into the arms of the doctor at his side. Dr. Singh shouted after him, but by the time he gathered the volume that could have lifted over the uproar of the bar, Rafael had already reached the edge of the crowd.

He leaned forward, favoring his good leg, and charged headlong into the crowd.

Cheers clamored against the guitar riffs as the scene welcomed him with shoulders, shoves, and whipping hair that they always had, and Dr. Singh looked on with the bull’s crutches across his chest. His worries drifted away just as Rafael rose over the heads in the pit, held aloft by his horns instead.

Inspired by Atreyu's "Become the Bull."

Though she has always written fiction, she found a love of creative nonfiction while studying at Full Sail University.

More stories from Elizabeth Kaye Daugherty and writers in Fiction and other communities.