and the wild animals 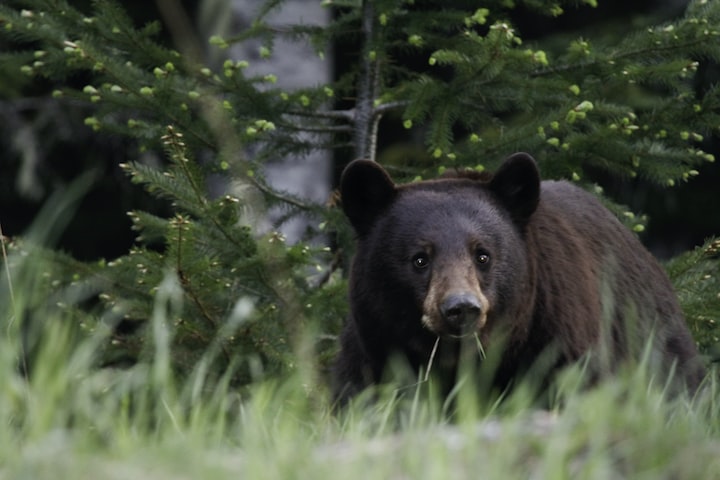 Photo by Geoff Brooks on Unsplash

Finnley didn’t want to go to school that morning. He complained of a stomach ache and whined and winced in bed and Nancy took the bait. She always did.

The truth is, she secretly liked Finnley staying home because she was lonely in those woods. After Robert died in a work accident it was just the two of them in that cabin down range road two seventy-one, tucked away in the pines and cedars. When bears or wolves came sniffing around, she would grab the rifle off the wall and load it with flares. She didn’t have the heart for bullets. One or two shots into the air were usually all it took to scare them off.

It was nine forty-five AM and Finnley emerged from his room. His hair was cowlicked on the side and he was wearing his pyjamas with little cowboys and horses all over it. “Are you feelin' better already Finn?” Nancy cooed, with an arched brow.

Finnley feigned a slow walk and whined, “A lil’ bit.”

Watching a six-year-old fake sickness was comical and Nancy smiled to herself. “Well go'n put some clothes on and git out in the garden then, mama needs your help.”

Nancy pulled weeds from between the row of carrots and beets. Hearing Finnley make construction sounds while playing with his tonka truck in the dirt gave her a sense of peace she didn’t feel too often. It could be scary in those woods. Especially at night. Alone.

Picking up the pile of weeds, Nancy took them to the compost bin around the corner of the house. “What a miracle. Nature decaying what was once alive and turnin’ it into food for somethin' new. It’s like alchemists turnin’ lead to gold,” she thought.

It was almost time for lunch. Nancy pulls off her gardening gloves and tucks them in her back pocket while heading back towards the yard. A whinny breaks the silence of the late morning and branches crackle and echo from the forest. Nancy freezes next to the shingling of the cabin, holding her breath, listening. An unmistakable throaty bellow of a mother bear calls for her neighing cub. Nancy feels her throat close and her mouth get dry. All she can do is look toward the noise.

“Go away bears!” Finnley stands up from his play area and mocks holding a rifle, “I gotta gun! You better git.”

“I’ve gotta git the gun,” Nancy breaks from her petrification and panics, running to the front porch, flinging the wooden screen door open, letting it hit the siding. Her shoes clonk around the hardwood, leaving traces of dirt in the hallway to her room, where the rifle hangs. She fumbles to pick it up, nearly dropping it, then paces back out of the room towards the backyard where Finnley and the bears are. She wishes she had told Finn to run inside, but everyone knows running from a black bear could mean death.

Mama bear is on her hind legs, her cub shielded behind her. Finnley is hollering, “Go on git!” and clapping his little hands.

“Finn, git down!” Nancy cries pointing the shotgun toward the top of the tree line. Her aim wavers as her heartbeat shakes her core and weakens her arms.

“Finnley won’t be coming to school anymore,” Nancy is on the phone with the school administration. “Yes, that’s right.” She looks wistfully out the window to the backyard, re-living yesterday’s events through the pane of glass. “Okay, thank you, giddbye.” She hangs up the phone and notices a single gardening glove in the grass where she stood yesterday with the rifle. In silence, Nancy stares at it for a while.

She turns around and leans against the log wall and folds her arms under her breasts, “Alright mister Finnley, you riddy t'learn to shoot a gun?"

More stories from Kendra Marya and writers in Fiction and other communities.