by Angelina F. Thomas 2 months ago in Fantasy
Report Story 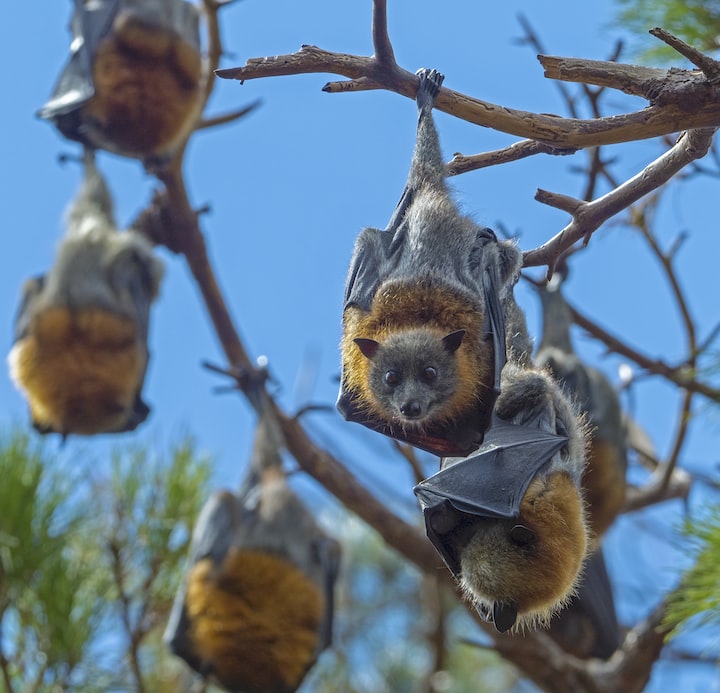 Photo by René Riegal on Unsplash

U﻿gh, diseased rats with wings. Yuck, they eat whatever's poop, and then shit it back out, crazy hood rat cat bats. Always eating shit, then taking a giant crap all over everyone, and our buildings, splattering shit all over parks and everywhere. I was walking from the store one night, and I saw something flying over my head more than once, it was too dark outside for it to be a bird, so it must have been a bat. Oh, bat shit, laughing my ass off. Bat shit fucking everywhere. Gotta keep the Uber windows closed because bats want to poop in the car. Especially at night when the bats fly around to eat the birds shit, and poop in your Uber ride. Bat shit fucking everywhere. Like when can and do bats take a bath, I don't want to get close to one because it stinks like crap. It probably smells like a dead rat when it gets to close laugh out loud. Matter of fact it probably smells like cow shit, and dead rats mixed together. Disgusting ass bats I cannot stand these bats, they're so disgusting. They smell like vomit, cow poop, bat shit, dead rats, dead stinky anything must be what a bat smells like up close.

O﻿h my god, bats freaking in season good park, and MLK Park, they just cannot get enough bat ass on their microscopic bat dicks. They love head too, and just cannot get enough of that bat head. When I see bats fooling around I want to shoot at them with a goon ass BB gun, and watch them shriek while I laugh watching them panic, and fly away. I do not walk out late at night anymore or early morning from now on to avoid any contacts with bats. The winter season will follow the autumn weather, and season. Therefore the bats ought to migrate? Right? I hope the bats do not stick around nor do I want bats to come around, but I have no control over this batty bat shit laughing my ass off. When you look at a bat's eyes they look so feisty like they think they're grizzly bears with wings, when they are so small they can be compared to a rodent with wings. Yuck I dislike bats like a mother trucker. I would not be mad if bats never come thru Ohio anywhere as long as it does not hurt the environment to live without them in Ohio. I am not sure if it would do more harm than good to live without bats in the environment. I assume they do play a role in the environment.

B﻿at poop yuck, I hope I do not take an Uber ride one of these days and run outside to get shat on by a bat, I would be so disgusted, and freaked out, I would shit my pants. Then I would cancel the Uber, and go take a bath, and get the cat bat crap off of me because a bat shat on me and made me poop my pants.

L﻿aughing my ass off. These bats are nuts, the females be sucking the bat's dicks through their drawers mouth open wide like opera listening to Cardi B Bickenhead on repeat! Laugh out loud, Then the males slide in their duke chute, and make shit bat babies. And then after their finished they go back to pooping all over every where, not a park bench, not a bus stop bench, not a building spared from their bat shit!

E﻿very time people work their doubles, and what not, they wake up to bat shit, bats making it rain all poop. Stupid bats, someone get my bb gun, NOW!!

More stories from Angelina F. Thomas and writers in Fiction and other communities.