by Rena 9 months ago in Series
Report Story

In which Trista discovers a different kind of magic. 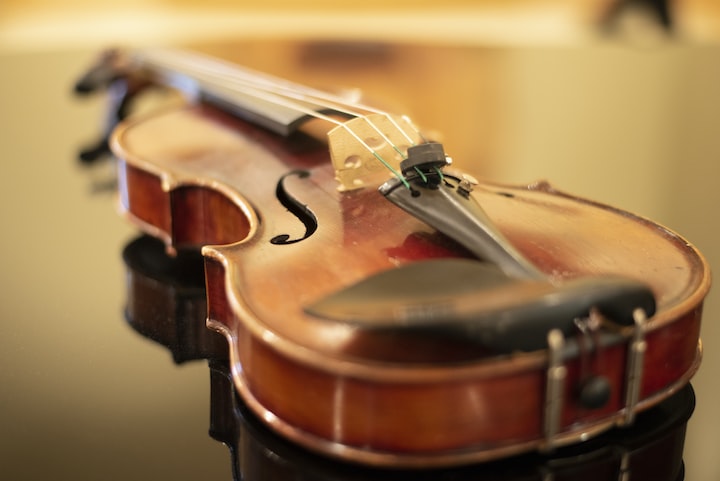 Photo by Trac Vu on Unsplash

It was dark and quiet in the mornings. Everly was a city that stayed awake late into the night, but the only people up early where students making time to practice before the activity of the day set in. Trista liked the quiet. Not just the absence of carriages and crowds and streetside musicians, but the inner quiet of the city, asleep. When humans slept, they didn’t exude anxiety or shame or fear the way they did when they were awake, and in a city built around teaching and critiquing performance, there was a cacophony of all of those things, all day.

In the past, she would have delighted in it. Now, she could barely stand it. The constant sensation made her mother’s power—always at the edges of her perceptions—writhe and quiver in anticipation of being fed. To constantly deny and push aside that drive was exhausting. The mornings were a peace she cherished throughout the day.

Trista dressed in the dark, pulling on the blue and purple uniform of the bard’s college, and slipping her cloak pin into the left lapel. Over the weeks since their arrival, she had managed to condense the illusion that hid her demonic features into the pin, rather than having to wear the cloak all the time. Careful of Laura and Liam’s sleeping forms, she stepped to the table near their little stove and prepared each of them lunches from the small store of bread and cheese and dried fruits they kept in the flat. Then, taking a roll for herself, she slipped out of the flat and made her way towards the college.

The outside was frigid, and Trista pulled her thick outer robe closer. The cold couldn’t hurt her, but it made her sleepy and sometimes stung the parts of her not protected by scales. It was nearing midwinter, and with the sky clear overhead, the air was as crisp and sharp as shards of ice. Most of the other students walking the streets so early in the morning were heavily bundled in scarves and chunky knitted hats. Trista supposed she could manage a scarf, but a hat would only hook on her horns and show their shape. She had discovered that even though her illusion covered her demonic aspects, they were still very much physically there. With practice, she had gotten very good at keeping her tail out of the way, and she wore her hair so it wasn’t affected by her horns, but a hat would show them plain, if she could even get it onto her head.

She made her way to the practice hall and fetched her borrowed violin from its locker. Someone was already plunking away at the piano further down the hall, and she heard the tell-tale screech of another student just beginning to learn the pipes. Trista slipped into an empty practice room and latched the door behind her.

It was dark inside, this room not being on the side of the hall with windows. There was a lamp on the wall next to the door, but Trista didn’t bother lighting it yet. She didn’t particularly need light, her eyes were well suited for darkness, and it was easy enough to make out the notes on her assigned piece without the lamp.

Resting the violin under her chin, she began to play, starting with scales and moving onto some of the easier tunes she knew by heart before starting to work on the assigned piece. It was more complicated than anything else they’d done so far—quick and lively and full of sharp jumps between notes—she loved hearing the teacher play it, but she was still so slow at it herself.

Trista played through slowly, backing up and repeating each section that tangled up her fingers until she could do it without taking her eyes off the paper. She moved with it, letting the melody fill her up.

There was…something, at the edges of the world when she played. It hovered just beyond her the way the roiling force of her mother’s power did when she didn’t use it. Trista closed her eyes, wandering with the melody, and reached for this new thing. It was soft, and warm, and seemed to glow a bit. She could feel it building and breathing. This was a power you made things with, not the one you used to destroy. It was foreign to her, and beautiful.

Opening her eyes, Trista focused on the cold lamp near the door. She fixed her gaze on the blackened wick and tried to feel how the music pulled and pulsed against this new power. She changed the melody into something bright, and imagined the wick sparking to life with flickering flame, letting the music flicker with it.

Very slowly, the edges of the wick began to glow red, then orange, then bright white, until it finally burst into a tiny, sputtering flame. Trista stopped her song, setting her violin carefully aside and cupping the sides of the lantern in her hands, feeling the living warmth of the flame through the glass. She had made fire before, that wasn’t new, but this was different--this was about breathing life and heat into something, not tearing it apart. She marveled at the weak flame, nearly giddy.

She had made something, all on her own, without an ounce of her mother’s power.

Distantly, a bell began to toll. Trista replaced the violin in its case and packed away her sheet music. Dousing the lamp, she hurried out of the practice hall and towards her first class, her heart leaping with the new melody.

"Bard" is a fantasy/adventure serial that updates each Wednesday.

Check my profile for short stories, fictional cooking blogs, and a fantasy/adventure serial!

More stories from Rena and writers in Fiction and other communities.