The beginning of a journey into the unknown 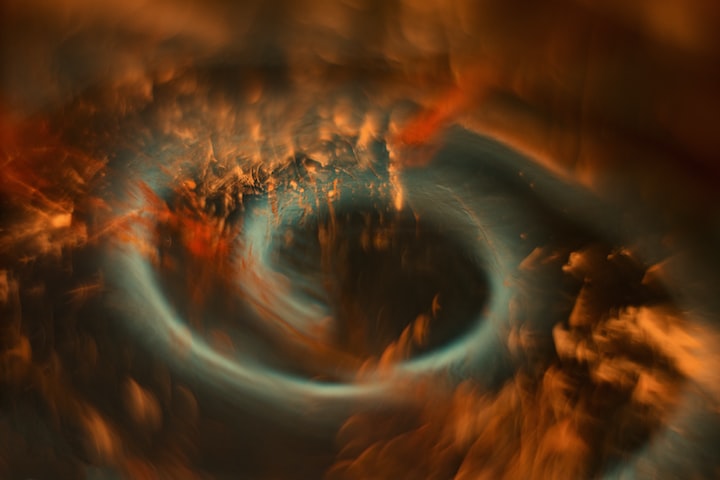 Our story begins in the land of Besphir, which borders the lands of Doybeis and Maranoir which are surrounded by violent seas filled with unimaginably fun mysteries and dangers without bounds. The main character that brings us forward into this fun-filled world is Avery Wisps, a young girl who is no older than 14. She has been living in this world on her own since she has no family to turn to. With a world so vast and full of undiscovered wonders, one would hope to explore it and in this case, Avery is going to be thrown into it harder than she would have ever thought possible.

It was a warm summer day up on the cliffs that looked over the city of Beshca, which lies five days' travel from the northern border of Doybeis. Avery Wisps is a young lady who has been living most of her life overlooking the city of Beshca from afar. She cannot do much since she lives on her own in a shack comprised of heavy-laden potch moss, mud, and thin birkwood slabs lined with bark shingles. Not having any choice but to live a life on her own, she makes do with what she has and tries to learn about everything she can to ensure her survival. This included the necessary knowledge to be able to hunt, gather, invent creative solutions, and learn the many languages that dwell in the lands.

On this average day of sunshine with few clouds, Avery was on the hunt for some speckled orange birknuts and vibrant flint stones. She came into her favorite clearing which was riddled with trees loaded with nuts and a small hill where vibrant flint stones were in high abundance. Birktree nuts are tricky to acquire since they can only be opened with a sharp blade to avoid the spines which irritate the skin if they come in contact. With plenty of experience behind her, Avery easily gathers a bushel of this nut and prepares to gather some vibrant flint stones. Now, vibrant flint gets its name, not from its vibrant colors of orange, silver, and mahogany. The name came around since when these stones get struck by sparks, they burst into a variety of flames that dance in all colors of the rainbow and they are the main sources of light at the time.

The trick to getting the stones is to use a stick and a patch of fresh leaves in between the flint since they tend to light themselves ablaze. Avery quickly sets up her station to gather the flint and with a few quick jerks from a well-placed stick, she has what she came for. After gathering her reward, she heads back to her shack to prepare a scrumptious dinner but gets an unexpected alert from nature. Storm clouds begin to roll in and a light rain begins to pour. With hardly a pause Avery rushes home just beating the major downpour that soon followed. With enough of a pause from her unprepared run, Avery begins to prepare her meal of boiled birknuts with a side of fresh wild herbs and a slab of meat from her previous day's kill.

Once her belly was full, she decides to light up a piece of vibrant flint stone and practice on something very special to her. In this world, every person has a unique ability that they can use that would often be used to procure themselves a profession. The ability that Avery has is known as "Whispering Ears", which is not an ability many people would consider to be of great use. The main use of this ability is to hear the minute voices that come from living things such as plants and animals. So, in a sense it allows one to understand just about any language. Most people would just ignore this ability since it doesn't have many uses, but Avery wanted to use her special gift as best she can and discover its true worth.

Upon taking a seat below her freshly lit piece of flint stone, Avery begins to concentrate and listen to the sounds that she can hear. Normally it would take a very long time for her to hear any sort of sound, much less with it raining outside, but today was quite different. Instead of the normal soft sounds, she would hear, she instead got a surprise that left her in shock. The sound of screams started ringing in her ears, saying things such as, "flee for your lives", or "it is not safe here, leave now". Avery did not understand what was going on and soon she decided to look out the only glass window she had in her shack, and chills soon ran down her spine.

She rushed out the door to the cliff-side and saw smoke rising from the town below. Faintly she could hear the screams of the townspeople as they were running in fear of unknown assailants. Trembling herself, Avery didn't know what to do. However, seeing as she didn't want to end up like the others Avery quickly decided to gather what she considered necessary and fled into the wilderness. With little time to spare, she ran with all her might down a special game trail that led outside the confines of the little countryside town. The trail was muddy and slick from the rain but Avery didn't stop until the smoke was almost out of sight. In her haste, she did not realize that her choice of paths had led her straight into a very precarious position.The land which she now stood on ran right between the territories of two creatures.

On her left in the patches of birknut trees and other brush was the territory of a Brimstone Bear. The right side of the trail was just as perilous; housing a pack of Grant Wolves up in the crags of the rocky mountainside. Both these creatures would fight tooth and nail over territory and almost any creature that trespassed met a very cruel fate. Without knowing it, Avery had managed to land herself right in between the territories where the most conflicts would take place. Sensing the intruder, both sets of creatures came down to confront the trespasser. Upon seeing each other, the beasts flew into a storm of gnashing teeth and violent growls, all while Avery stood right in front of them. Not knowing how to proceed, Avery muttered to herself, "please just stop", and soon all the animals paused in silence.

The creatures did not know who had muttered these words, but they felt it deep in their hearts that it was best to stop. They turned from whence they came and left as fast as they arrived which gave Avery a sense of relief. Not realizing what had happened, Avery whispered a small thank you and left on her way down the trail. After a few hours had passed and slowed down from her trek, Avery stopped to catch her breath and decide what her next move would be. With some careful thinking, she soon decided to head down to a well-known river called the Ceresti River which would lead her to a town that she knew of called Onier. From there she would map her next destination while figuring out what had happened to her hometown, but for now, all she wanted to do was make it there in one piece. But making it there would be an adventure Avery was not expecting even in her wildest of dreams.

Creativity is boundless. We are gardeners that bring forth these fruits of wonder. Nature is my passion and I love to help readers see the stories with their own eyes through my works. Whether its poems, fact, or fiction I bring it to life.

More stories from Toby Heward and writers in Fiction and other communities.