by James U. Rizzi 6 months ago in Short Story
Report Story 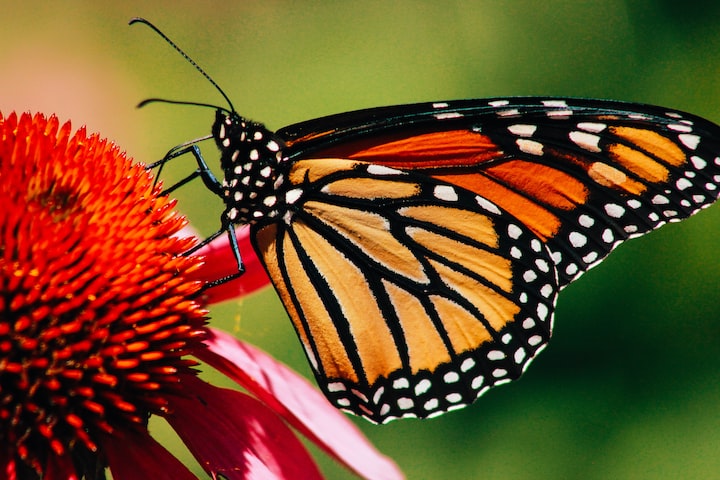 Photo by Erin Minuskin on Unsplash

Do you believe in magic?

What I'm about to tell you is either completely real, or it's just a ploy to get you to believe in something bigger than yourself. The decision is yours.

"I remember the day you were born. How truly amazing that was. Of course, I knew already. I saw it in the stars; the constellations spoke to me, and they said you would be something special."

My Aunt would tell me this each and every birthday. Or, she would sprinkle it in throughout the years, taking the occasional break on a humid summer evening to show me the night sky and what the universe had to say.

"It speaks, Little Wolf; you just have to know how to listen."

Aunt Macy was truly one of a kind. She saw me for who I really was. Not a broken child with sadness in his heart, but a sensitive one.

"You may see it as a curse, but you were gifted with empathy. I knew you would be. The forest told me so."

She insisted I learn from the world, and said that it had a lot more to show me than I could ever imagine.

Many aunts and uncles, relatives of all kinds, have their fun parlor tricks: the “gotcha- nose”, or the famous “detachable thumb”, or their larger-than-life tales about seeing something unbelievable, or executing insane feats of strength—all these are mere tools to wow the young ones of the family. Fun little antidotes to get the children to smile and believe in the venture of the amazing. Of course, all were farces. "Just pulling one on ya," they would say. My Aunt Macy also had her fair share of stories and tricky illusions, too, but the only difference being, she insisted hers were real.

She said to me after explaining one of her otherworldly explorations.

"I gathered the spirits of the forest, the animals, the plants, the trees, and the bugs. They all congregated around me while they shared some of their life force into my own. Truly unbelievable, Little Wolf, how nature heals, but it only can do so when you realize we are one force, one being amongst the stars. I'll teach you, Little Wolf. Anytime you're feeling overwrought, allow the beings of the planet to spare some energy. They will—as long as you reciprocate somewhere down the line."

Eight-year-old me was in a state of shock after hearing the unusual confession.

I played over and over in my mind before I could even get my mouth to work.

"But Aunt May, aren't witches bad?"

She looked at me with gentle eyes and an even gentler smile.

"No, Little Wolf, they are not. Our ancestors controlled and wielded the magic of love and beauty. A peaceful tool to help restore the synchronicity of an unbalanced world. Our magic weighs on the side of tranquility."

"Can you show me some magic, Aunt Macy?" I exclaimed with delight. We were in the middle of retooling the garden, preparing for summer tomatoes.

She sprang up, clapped the dirt off her hands and said. "Of course, Little Wolf, come with me."

I skipped along as I followed her into the greenhouse. We stopped at one of her overgrown caladium plants. She took her hand and cupped it next to the largest leaf, creating a small bridge for a tiny, fragile caterpillar. It inched out onto her open palm, and she placed it just at my eye level.

"You see, this little fella here performs a type of magic all on its own. Every year around this time, it undergoes a metamorphosis. It takes every part of its being and forms a chrysalis; the lowly caterpillar incubates for some time until it radically changes into something beautiful. Emerging out of the cocoon as an elegant assortment of vibrant colors. Fluttering and spreading its spirit of rebirth with the world."

She carefully placed the tiny insect back on the leaf from which it came and led me down just a little deeper into the nursery to a table that had an enormous amount of small baron trees with crossing and interlacing twigs. On those twigs were what she spoke of. A bunch of hanging chrysalises or cocoons.

"We are so very lucky today because the day of transformation has come, just you wait, Little Wolf, and out of these pods, more butterflies than you can imagine will fill the terrarium with their beauty."

We were waiting for what seemed to be hours, pacing, toying and tending to other plants. But still nothing—not even a budge.

"It seems today was not the day. Everybody has their time to blossom, and today—" I had cut her off. In hindsight, I really wish I hadn't.

"That's not magic, Aunt Macy, we learned about this in school, and even if it was, nothing happened. I don't know. I was expecting something cooler, like make animals appear or make the plants move with your mind."

To my dismay, she seemed mildly upset that she couldn't grant her nephew his wish. Her head hung low as she explained herself.

"You see, Little Wolf, magic isn't about conjuring's, or spells, or sorcery but how we perceive the wonders around us. The everyday occurrences that breed life into a world that is sometimes lifeless. The silent miracles and the triumphant small-scale victories obtained by those who've only known loss, breathing new purpose into their being. That is true magic, Little Wolf, the day you were born, that was really true magic."

I spent a lot of time with Aunt Macy for a number of years. Each time I would come home and recall the day's events to my parents.

"Did you know Aunt Macy is a witch?”

“Today, we put our ears to the ground and listened for the earth's heartbeat."

"Dad, did you know deer can talk?"

Of course, since I was an excited child, some of these events were lost in translation, but nonetheless, the feeling of elation was the same.

One particular day, I'll never forget. I began to go over the adventure of the day with my mom and dad.

"Oh man, today we spoke with the birds."

I looked at my parents for a reaction. I was only met with a stern look from both of them.

"No son she has, how do I put this, certain mental issues. She was in and out of the hospital all the time growing up; I just think it's important that you know."

That day left me utterly flabbergasted. The time and days I spent with my Aunt May going forward seemed different. My over-enamored attitude about magic began to fizzle. I'm not sure if she could see my indifference or not, but my Aunt Macy trudged through just the same. Treating me with the same love she always had.

I didn't believe in magic anymore. How could I? The stunning admission from my parents, becoming a young man, and the world in which you revled in, did very little to heal you when you became sick.

One thing my Aunt did before she passed was give me a medium-sized box wrapped in brown paper. All she said was, "Don't open it till you're ready. You'll know when."

Fast forward almost two decades. I was a wreck. A middle-aged man who just lost his job because he had become so miserable he couldn't even work. Unfulfilled and full of grief, I shuffled around the boxes of my apartment, getting ready to pack up and move before the eviction. Going through my old board games, I accidentally kicked an average size box across the dusty attic.

"I totally forgot about this. I descended the attic stairs and sat down at the last step.

I carefully unwrapped the brown paper that encompassed the entire box. Underneath was a loosely tied twine meeting in the middle with a neatly tied bow. I shook the box vigorously, no sound. I forged on, unknotting the twine with one gentle pull. Peeling back the flaps, I peeked in the slit in the center. I couldn't see anything. I opened the final two flaps, and to my utter surprise, two dozen or so monarchs exploded out of the box, lighting up the apartment like a delicate firework. My heart was so full as I watched the butterflies sputter around, showcasing their absolute magnificence. After letting my new friends out into the wild, I returned to the step where the box was. I peered inside one more time and found a handwritten note from Aunt Macy.

"We all have our time to blossom, and so do you, Little Wolf."

So, I suppose I'll ask again, do you believe in magic?

I cant wait to see what I can create here.

More stories from James U. Rizzi and writers in Fiction and other communities.