by cadaveres 2 months ago in Short Story 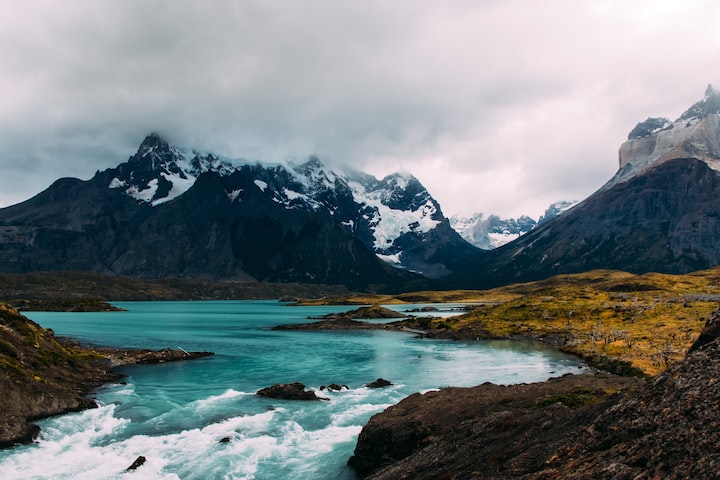 Apanohuaia: The place where the dog (xoloitzcuintli) lives. The first region of one of the Mexica's afterlife, Mictlán, where those who died of natural causes went to rest or disappear. This was the home of the river Apanohuacalhuia, which the dead had to cross with the help of their companion.

The vastness of blue extended to every corner where my eyes could see, an azure void within another void of darkness and blinking lights like blinking eyes watching from above.

I stood in place, cold and disoriented, facing the shores of the river and waiting for answers that would never come. Growing impatient, I roamed the stormy shorelines; my feet dragged across the rocks, the sand, and frozen algae, leaving a trail of where I had been behind. I crossed the path of other faceless wandering souls who did not seem to hear me ask for directions and, instead continued walking without a purpose, occasionally stumbling on the frozen parts of the river that kept us ashore.

The dog arrived once a thin layer of snow had covered my hair, clung to my eyelashes, coarsened my throat, deafened my ears. I do not know how long he had walked by my side, but he was patient and quiet, almost solemn as he matched my steps on this aimless trek to nowhere. He was hairless save for a black tuff of hair at the top of his head; his gray skin glowed blue with the reflection of the endless river and his pointed yellow eyes glanced in my direction from time to time.

I was scared at first of this being from the void, recalling the stories of the ominous black dogs I had heard my cousins tell by the campfire; I picked up my pace, but he followed, still calm and gentle in his own sprinting. I stopped after the cold air pierced my lungs, gasping to catch my breath as the dog once again approached me. He sat down, finally, as I bent over, hands over knees, trying hard not to cough up my insides.

A single loose thread of cotton hanged from his neck, the makeshift leash now covered in sand, dirt, and algae that had clung to it while he walked by me. He stood there, holding my gaze for as long as he could, eventually resulting in me adverting my eyes away out of respect. Calmly, almost as if afraid of scaring me again, he lowered his head and grabbed with his muzzle the makeshift leash, giving a small nod my way, signaling for me to grab a hold of him. And I did.

I held onto the makeshift leash, made especially to guide me and followed the dog from the void into the frozen waters, sparing no second thoughts as the gentle pull of the thread reassured me. The cold pierced my skin with the first few steps I took, jolts of pain coursing through the areas where I had stepped in too deep and broken the icy layers. I was careful thereafter, watching the places where he had stepped.

We traveled deeper, where the wind was quiet and I could no longer see the faceless souls marauding the shores. The icy waters turned to temperate ones, and I dipped my head in to feel the warmth melt the frost accumulated on me. The dog waited a while, then gently pulled the leash as another faceless one approached us. I could hear whimpers as the it floated by us, then sank. My grip on the single cotton thread that bound us together tightened and I followed.

He stopped right before we reached another shore, upon which rested two obsidian mountains. I loosened my hold on the cotton leash, understanding that it was time for the dog from the void to leave my side as I continued on my path. Sore and tired, I laid on the newfound land, contemplating the winding path toward the clashing mountains I had to cross through to reach my final resting place.

Receive stories by cadaveres in your feed
cadaveres
Read next: Her Days Were Numbered