And A Partrige In A Pear Tree: Part 8 of The Journey

by Natasja Rose 2 months ago in Series

Sometimes, the end and the beginning are not so different... 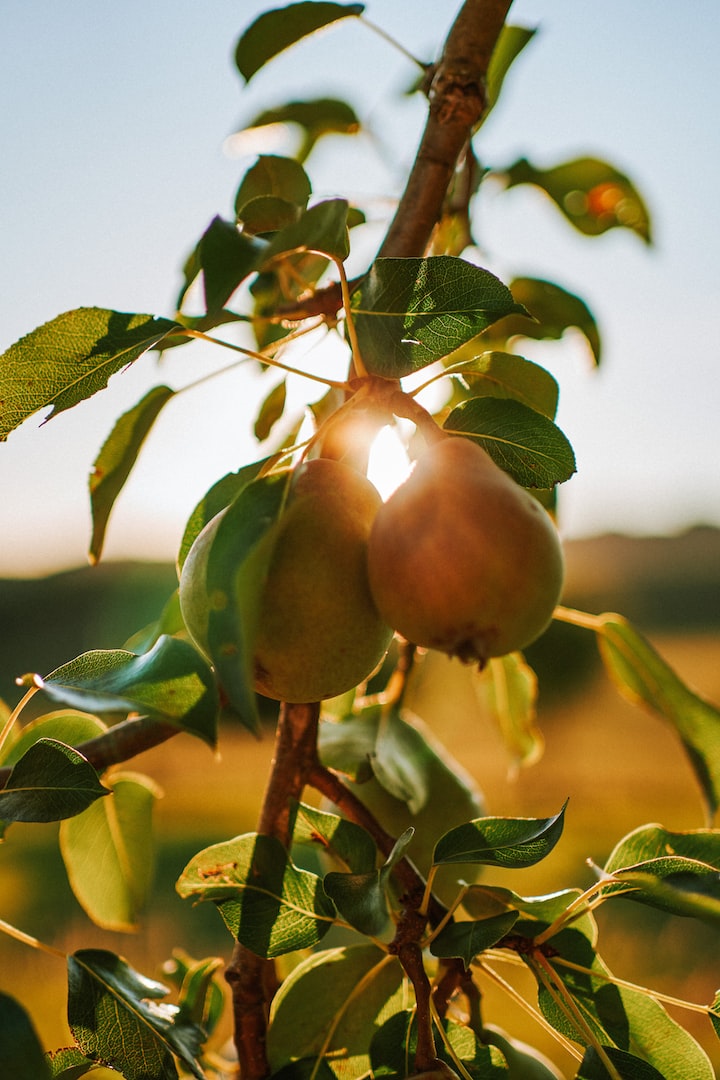 Photo by Dana Luig on Unsplash

Read Part One: The Safehouse

I had always been an unobtrusive child, the adults in my life complaining that I disappeared and popped up out of nowhere, with my ears full of things I shouldn’t have heard.

Right now, that trait was serving me in very good stead, as I tried to find out what was going on. What had the older teen meant in their strange half-warning? Were we in danger, and if so, from who?

The obvious answer, of course, was the one that was most painful to contemplate: the very adults who had welcomed us so warmly.

The Old Woman at the Safehouse had warned of people coveting what they didn’t have; and the Lady herself had confirmed that there were no children but the ones who came here. Children remembered the lesson of not being suspicious of food if you didn’t know where it came from, but were curious enough to open a box full of riddles, and trust an old lady who showed them kindness. The bulls had only killed adults, and of the children here, none were older than their late teens.

My inner primary-schooler baulked at the idea of disobeying and potentially disappointing the adults in charge of me, but my outer Apocalypse Survivour knew that discomfort was a temporary mental state. Some things had to be done in the name of survival, and this was one of them. I'd spent years having to be strong and enduring; now it was time to be sneaky.

It wasn't as hard as I thought.

Even with the lack of children as a percentage of the population, the sheer number of traumatised orphans was keeping the adults of Sanctuary busy. It was only a matter of waiting until someone needed a break and sat down in a quiet corner for what my mother had called a "Mum's Moment". I'd heard it called a few other things, since it tended to be a bunch of mothers clustering together and chatting about things that always started with "Trust me, I love them, but..."

Sure enough, it was barely an hour or so before a trio of the women of Sanctuary, looking somewhat less etherial than they had last night, collapsed onto the sofa I had tucked myself behind. "I wonder if we might stand to space the guides out, somewhat. The numbers are getting out of hand."

Another voice hummed in mild disagreement, "Not the numbers overall, but they are coming in larger groups, and they take time to adjust, especially with all they go through. Perhaps that is where we should focus."

The third voice scoffed, "And risk even more of the superfluous ones getting through? The bulls are our failsafe, but even they are starting to have trouble catching everyone. Particularly without harming the children in the process."

The skeptical voice sighed. "I'd say that we should try to seperate them before they get to the Wastes, but that infernal Guardian of the Safehouse already warns the children to be wary, and the parents not to let their young out of their sight."

The first voice made a noise that was almost a growl, but somehow more dignified. "Her and her wretched cohort of escapees. I wonder that they don't just tell the travellers not to try in the first place."

The scoffer laughed. "The dichotomy of Hope. They cling to the knowledge that there is somewhere better. If she tried to tell them to turn back, so close to their goal, they wouldn't even listen to her warnings."

That was probably true, as much as I hated to think it. Even now, with confirmation of my fears from their own lips, I wanted there to be a different explanation. Something that would make all of the pain and suffering and grief worth it.

I shoved the thought aside for later. I needed as much information as possible before they got their second wind and left long enough for me to sneak away. To get information, I needed to be paying attention.

The skeptic was speaking again. "At least tell me we did something about the escape route they used the first time."

There was a rustle of fabric against fabric, as though someone had made a dismissive gesture. "The next best thing. Try finding a single pear tree in a grove full of them, and that only if they even know to look in the first place."

Another laugh, this one from the first voice. "And then waste their time looking for a knot to press, or a hollow at the roots, rather than the simple act of eating a fruit from it's boughs. Even the most dedicated would be sick of the taste before they made it through so many trees."

That did present a problem, but the post-apocalyse lifestyle meant that a lot of people were sick of eating the same thing over and over, but managed to choke it down anyway because there was no other option. We could spread out the testing among us, and then chow down on the Chosen Tree. I was pretty sure that even the die-hard pear haters would acquire a taste for the fruit, for this.

The sofa creaked, and footsteps receded. I decided to wait a few minutes, just in case. I needed to let this sink in before I tried to explain it to anyone else.

Honestly, how was this my life?

Welcome to the last of the SFS Challenge shorts. I hope you enjoyed them.

There will be an epilogue, before I go through the whole thing and edit for flow, consistency and flesh it out before trying to publish it as a complete story.

In the meantime, you can look up my other works under the same pen-name on Amazon.

Receive stories by Natasja Rose in your feed
Natasja Rose
Read next: Of Dark Delights