An Offering Beyond Blood

by Nathaniel Hawkins 4 months ago in Fantasy
Report Story 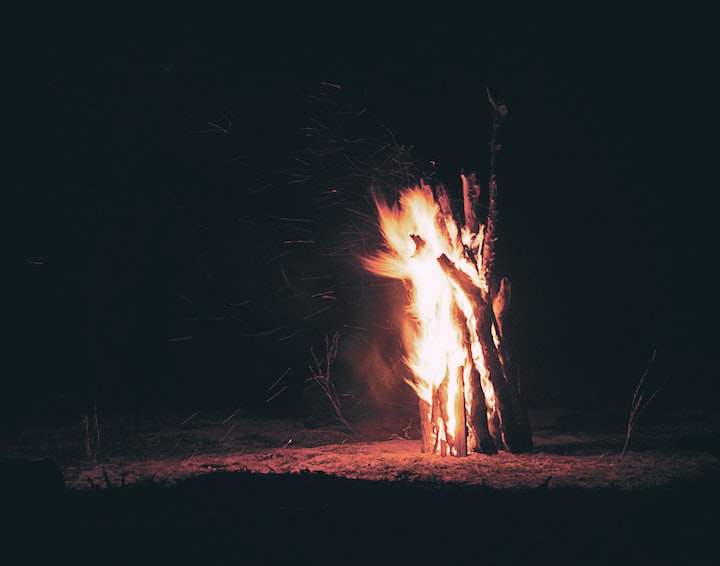 Photo by Karl Hedin on Unsplash

Laura raised the mug to her lips and sipped slowly, savoring the chocolaty flavor as it washed over her tongue and filled her nostrils with the scent of milk and hot chocolate mix that was probably more sugar than coco. She lay on her old, worn, but still quite loved couch. The cushions had the occasional patch, and most of the embroidery had faded by this point, but the stuffing was still body devouring whenever she laid down for a cat nap and the red had only faded a little bit into a darker red. Today had been wonderful. The sun was coming through her front windows, bathing her with light, and making it the perfect day off for what would have otherwise been a cold and unhappy day.

Setting her mug down on her coffee table, only two days older than her couch. She rested back against the cushions to her back, her raven hair cascading down her shoulders, and stared up at the ceiling without a care in the world. This was only the first day of her weekend and her to do list was done by 1:30, just in time for one of those cat naps. What had she done to make it such a good couple of days?

Her mind flashed back to a moment two days ago when she’d been with her friend Clara. Clara and a couple of her friends claimed to be witches and told her that they’d found a deity to make an offering to. It had been some God of Retribution for one of her friends who had died only a week earlier. Clara had asked Laura to contribute something to their sacrifice pile so as to make the spell stronger, and since Clara called in the favor of having picked Laura up from the side of the road when her tire popped Laura had made sure to bring something important to her.

It had been one of the first pieces she’d ever made with her own two hands that she called a success. The pendant hadn’t been much, a non-descript buck whose antlers were maybe a little past full growth. It had been carved into a small section of silver and the edge of the carving had been embroidered in the thinnest layer of gold that she could manage to make. Admittedly that had been thinner than most jewelers seemed to want their golden bands, but she’d always been an overachiever. She’d given it to her grandmother at Age 7. By 18 it had been passed down to mom, and now at 30 it had been passed back to her for only about a whole year. If she was honest, part of choosing it was how much it hurt to be reminded of her family line.

She thought of how she’d flipped through Clara’s books as she’d been waiting for the rest of the party to show up and for the witches to setup the ritual. She’d offered to help, but they’d very tactfully declined it, so she had asked to brush up on their understanding of the Gods and Clara’s friends had lit up like lightbulbs, each producing their own little book of magics and Gods. Clara had said later that night that she’d only been given the books they were willing to show off, and any of the major mojo was likely not on their person or even at their home, depending on if they lived with others who practiced. Flipping through those books had brought Laura to something that had surprised her. One of Clara’s friends, someone who’d only moved to her town in the last three years, had a Goddess in her book named Arielle in English, a Goddess of Peace who shared the same name as her grandmother.

It had struck her so severely that by the time she had held her hand over the fire to sacrifice her pendant, she’d only been able to think of the Goddess of Peace. She’d wished for peaceful rest for her mother and grandmother rather than the vengeance for a friend, though she was certain to wish peace on all of those who took part in the ritual and the girl who had died, a name Laura hadn’t bothered to remember.

Snapping back into the moment Laura lowered her head from the deadlock ceiling stare to find that her neck wasn’t sore. When she finally could see the rest of her living room it had taken her a few seconds to react, at which point her neck had been fully out of her mind.

A woman with a midnight complexion stood in the center of her much newer rug, right in the middle of her living room. The woman was garbed in a robe of blue that was probably the lightest shade of any color Laura had ever seen. Both of her hands were raised into the air in a dramatic circle that met above her head, which also looked up to the sky, far beyond Laura’s ceiling. When she lowered everything Laura noticed that the light around her had bent towards her, making her so much the brightest object in the room that Laura realized her eyes had been watering. “Hello there my rather beautiful disciple.” Was all she said

Larua sat, stunned. She hadn’t heard the door open and the other windows in the house were all behind doors of their own. “W-W-Who?” Was all Laura could manage, her brain warring as it actively soothed away the sheer panic that constantly bubbled anew to the surface of her consciousness.

“My dearest, don’t you know me? You offered a sacrifice to me only a couple of your physical days ago. I’ll be honest, Horviotus was quite mad when yours was the only offering of any significance. They weren’t enough for him to manifest physically, though I do hear that their intention was enough for some indirect vengeance. Anyway, in a circle full of witches with darkness temporarily gripping their hearts, you were a lone girl praying for peace. That alone is strong mojo with the conviction you had, but the pendant-” The woman reached into a pocket that Laura wasn’t certain really existed in her robes and pulled out the pendant. “- was more than anyone has given me in at least 4,000 years. Well, it’s all anyone has given me in 4000 years… How did you find me?”

Laura was shocked into silence before the woman approached her. Laura’s brain screamed at her to shrink and slink away, but the closer the woman got the more than Laura’s fears assuaged themselves. When the woman put a hand on Larua’s chest, she could feel the rest of her trepidation wash away.

“You’re Arielle.” Was all she could get out at first. The woman smiled a beautifully wide smile and nodded.

“I haven’t ever been before, but I can feel my power when you say the name. I am Arielle as you say. I am the Goddess of peace, one who belonged to a mighty nomad tribe, long before your time or the time of your gods. I’m among the oldest actually, even before the people of Ur had been conquered by the Sumerians, though that was only 6,000 years ago?” She asked, her face demonstrating genuine curiosity. Laura was baffled by this, but she was clam enough not to blurt the rudest thing she possibly could.

“Is there something I can do for you Arielle? I mean, I’m not poor, but I doubt anything I could provide you would matter much unless you want much less personally meaningful necklaces.”

The Goddess clapped her hands and laughed a laugh that made Laura picture warm honey gently flowing from a glass jar into a mason work pot. “I’m actually here to make you an offer! Though your sincerity in that despite your rather potent fear is extremely flattering. I have been thinking of what to reward you with for two whole days now while I gather this body. Your peace these last two days has been a little bit of my mojo, but that’s mostly because you made the sacrifice at all. You’ll have to work harder to earn more of my favor in the future, unless… Would you like to be my first high priestess in nearly a decamillennium? You live in a dark, cruel world. Work with me and I will give you the power to show others the path to peace, rather than the way to force them into it. Simply become a witch with your friends to learn the ropes, and then burn something of value in my name and I will show up if it’s enough.”

Laura looked at the woman’s face and could feel the sincerity in her eyes. Before she knew she’d done it, her hand was outstretched and the woman had taken it gingerly and with a laugh.

“Until next time dear!” Was the fading echo left in the place of the first Goddess in Laura’s journey.