by Margot Lambal 5 months ago in Short Story

where do you draw the line? 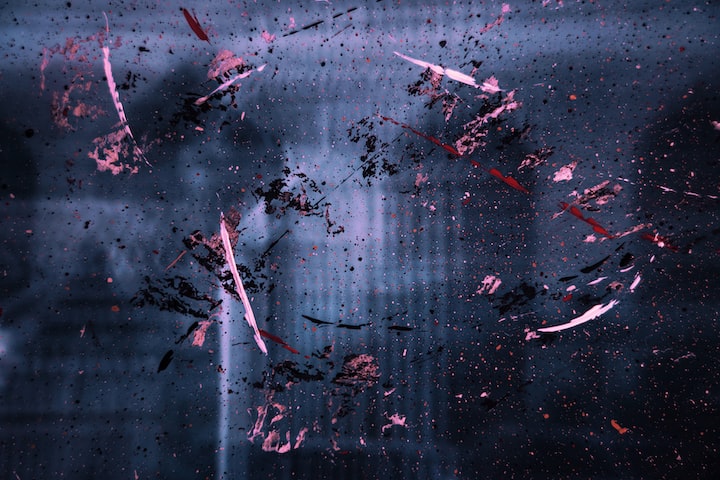 “You realize that this is the stupidest thing you've ever asked me to do.”

“And that I could go to the police and turn you in.”

Henry sighed and studied his hands to avoid Mica’s eyes. He ran his finger along the condensation that had begun to build on the glass in front of him absentmindedly as he considered what Mica was asking.

Mica wanted a gun, and Henry had quite a collection.

“Giving you a gun will make me an accomplice,” He said. “I'll be just as guilty as you.”

“Henry, you hate Jackson just as much as I do,” Mica’s light tone was gone, replaced by something low and serious.

“Listen,” Mica said. “Just give me the gun. If it goes sideways, we’ll say I took it for hunting. This conversation never happened, and you had no clue that I was going to put a bullet in Jackson Richard’s ugly head.”

Henry picked up his glass and drained it.

Mica wasn't wrong- he hated Jackson. They all did. He'd even been officially accused of bullying against another student at one point, but the Richards had monetarily incentivized the school not to take the case far. What had, at the time, interpreted and excused as a maturity issue remained and evolved even after he'd come into adulthood.

Jackson was surrounded by countless rumors. He was the reason that Henry’s best friend, Evan, was out of a job, the reason that Mica’s promising long-running relationship had ended in heartbreak. In both cases, Evan and Henry had been left to pick up the broken pieces of their friends that Jackson had left in his wake, and Henry would be lying if he said he didn't want revenge. After all, he had been the one to call the ambulance after Evan had attempted suicide the year before. Now, here was his chance at revenge and all it took was letting his friend borrow a gun to go to a shooting range this weekend.

“One of my pistols has a silencer,” Henry mumbled into his glass at last. His stomach rolled with guilt, but he ignored it. He set the glass down carefully and looked up to meet Mica’s eyes. “Use it with gloves then bring it back.”

“...That way it won't be gone from your safe,” Mica filled in, brows furrowed as he processed the plan.

“Exactly,” Henry continued. “They'll I.D. the gun and bullets, it's a fairly common model. I know thirteen or fourteen people with the same one, and there's probably more that I don't in this town alone.”

Mica was silent for a moment, before he gave a smile that made Henry’s guilt spike again.

Ten minutes later, the continuously increasing feeling of guilt pooling in Henry’s stomach was almost nauseating as he wrapped the gun in thick cloth so as not to risk Mica’s fingerprints or skin cells to touch it accidentally. His hands shook as he handed it over, but if Mica noticed, he said nothing.

“After you do it, you and Evan go straight to Hanna’s house,” He said. “Don't do anything stupid and don't leave anything behind.”

Jackson’s house was lined by woods, giving him and Mica perfect cover so that no neighbors that could possibly be awake at this hour would spot them. According to their story, Evan and Mica were at Hanna’s apartment right now, hanging out and watching movies like they usually did.

The crunch of dead leaves under his feet was unsettling, the soft huff of Mica’s breath beside him set him on edge, and he wasn't sure if it was cold outside or if his blood was freezing inside him.

Was he capable of murder? Was Mica?

They'd never been good kids, but the worst they'd done were small misdemeanors. Murder was so far removed from their stupid school antics that it could be considered another galaxy.

He remembered reading a story in the news about a man who was arrested after violently attacking another man, leaving the victim permanently deaf in one ear. In each picture and video, the man who had done it radiated aggressive energy and had a scowl that made Evan shiver.

Were Evan and Mica evil?

He remembered taking half a year of Law in high school. Murder requires malice- the intent to kill. He looked over at Mica and saw it clearly: the light in his eye, the set of his jaw, the unbothered rhythm of his breath. Mica absolutely, undoubtedly wanted to kill Jackson. He wanted to blame Mica, but he knew he was just as guilty. Technically, he wasn't killing. He was lockpicker and lookout- a textbook accomplice. But he was still guilty, his actions still lead to a death.

He stayed quiet and soon the wooden fence of Jackson’s backyard came into view. A lone pear tree loomed over the yard and cast eerie shadows across the landscape. Evan remembered how beautifully it would bloom in the spring, white and full and innocent.

He pushed the thought down. Averted his eyes.

“We have to be careful hopping the fence,” He whispered. Mica nodded beside him.

“Look for a door before we just jump it,” Mica suggested.

They reached the fence and Mica pointed out a door. Evan was relieved that they wouldn't have to climb the fence, since it would probably be impossible to hop it silently. Evan stepped up to the door and slid his hand through the crack, feeling for the latch. Years of sneaking in and out of his parents’ house made him quite handy at unlocking fence gates from the outside. The gloves he was wearing made it a little more difficult to feel the individual pieces, but it still wasn’t a challenge.

As the door unlatched, his nerves spiked again. He felt suddenly like he was going to be physically sick, but Mica brushed past him and into Jackson’s backyard and he knew it was too late for second thoughts.

He half-hoped that the lock on the back door would be too secure for him to open, that he wouldn’t be able to open it and Mica would give up, but unfortunately the lock was old and simple, all too easy for him.

“Please be careful,” He whispered.

Evan moved across the patio, sat on the cold ground, and put his head in his hands. He felt close to fainting. Someone was about to die. It was his fault. He unlocked the door.

He looked up at the pear tree. Would he ever see it bloom again? Even if he was a free man come next season, he doubted he would ever be able to come here again.

After what seemed like an eternity but was in reality a few minutes, he felt a tap on his shoulder and he jumped. He’d been caught, he knew it. He was done for.

But he looked up and saw Mica looking down gravely at him, and somehow that was worse. It was done.

There wasn’t a speck of blood on Mica’s clothes but they would still have to be disposed of due to gunpowder, and also simply as a precaution. The gun would be returned to Henry, who they trusted to do what needed to be done with it. Henry, who’d confessed to feeling just as guilty as Evan about the situation, would never use that gun again.

They slipped back out of the fence door and into the cover off the woods. Once they had left the property, Mica turned to him and smiled.

Read next: The Little Journal.