by Jen Coe 9 months ago in Short Story
Report Story

What was the protocol for face itching on public transit, anyway? 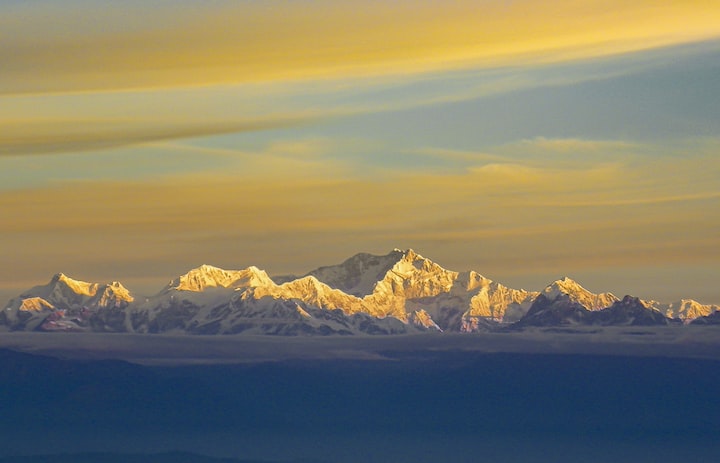 Photo by Arvind Telkar on Unsplash

Sophie’s nose itched. What was the protocol with face itching on public transit, anyway? Do you try to scratch through the thick mask? Stick a finger through the bottom seal and hope no one thinks you’re picking your nose? Continue to ignore it and hope the burning itchy torture recedes on its own? The latter had been her main strategy for the past forty-two minutes and the outlook was… bleak. Maddening, even.

She focused on her book, a dreamy adventure set in old Denver. The heroine was traveling along the banks of her native lands, toward the city and the evil within. She was just about to recruit the help of a handsome warrior from an enemy-turned-allied tribe, when… her nose itched.

Fed up, Sophie set her e-reader face down on her lap, fished out a battered bottle of hand sanitizer, and unsealed her mask. It gave way with a gentle hiss, filtered air replaced with metallic notes. She scratched her nose with a freshly sanitized hand, careful to turn towards the passenger car wall.

A sudden sway in the tracks ruined the moment, sending her unsecured mask into the wall and her finger directly into her eye. Although she recovered within seconds, head gear back in place, the sudden exposure and accidental eye poke created a moment of internal panic. The maddening itch on her nose was replaced by a dull throbbing in her eye socket. She sighed, sanitized her hands again, and looked around for her book. It slipped off her lap when the magrail swerved, but couldn’t have gone too far.

Magrail was not Sophie’s first pick for traveling cross-country, The system was somewhat new, but the train tracks they ran on were ancient. As a rule of thumb, Sophie - like most Americans - did not trust infrastructures from the old world. After The Shift, airplanes and most other fossils became obsolete almost overnight. Train tracks once used for coal became passenger lines.

To their credit, the designers of the magrail cars did their best to emulate modern comforts. Sunlight simulators and lush greenery dotted the sky blue walls and ceiling. Each seat contained smart sensors for a perfect fit and temperature. The system was imperfect - not quite the sophistication of a hyperloop or true modern maglev - but it was fast. Sophie did not like fast, nor did she like wearing atmo gear for much longer than a quick trip to the market. She could have driven, but the toll fees and time it would take to get from New York to Cheyenne were impractical. Magrail was the cheaper, more logical choice. As long as she avoided the windows, Sophie could keep her queasiness under control.

She unbuckled and pulled herself up with the guide rail in front of her seat. She found the e-reader three rows back, under the aisle seat of a boy who appeared to be around ten or eleven.

“‘Scuse me,” she said, directing the words to the grown man next to the boy, “Looks like my book slid back here. Mind if I grab it?”

“No prob,” the man replied, glancing up from his own handheld. The sound was hollow, his deep timbre swallowed up by the filtration system strapped to his head.

The boy stared at her, brown eyes curious above his own child-sized atmo mask. He held a small toy animal that Sophie couldn’t quite identify. It looked like some sort of farm animal but had pointy horns jutting out from either side of its head. She crouched down to retrieve the device right as the car swerved again. Luckily, her grip was still tight on the guide rail and the worst she got was a face full of fern from the side of the boy’s seat. Unluckily, the boy did not have the same grip. His toy flew out of his hand, landing directly on top of Sophie’s head.

“Nooo!” the boy whined dramatically, his voice sounding as distant as his father’s in a pitch three times as high.

E-reader and wooden toy gripped in her free hand, Sophie straightened. The crown of her head pulsed in sync with her eye. I’m going to come out of this looking like a walking bruise, she thought, or at least feeling like one. She looked at the boy and smiled, hoping the gesture was not lost behind her mask.

“What kind of animal is that?” she asked the boy, handing the toy back.

“Issa buffalo!” he exclaimed, all signs of distress a distant memory.

“It’s a bull,” his father corrected, not bothering to look up from his screen this time. “Buffalos were way hairier, I think.”

“Oh,” Sophie replied, a familiar interacting-with-strangers awkwardness on the rise. “Well, enjoy the rest of your trip.” The man grunted in response, his son reabsorbed into his imaginary world of buffalos and bulls. She returned to her seat.

Coincidentally, her book mentioned both animals several times before ending on an improbably happy note. Picturing a life-sized poofy version of the toy made her giggle; it was hard to believe those animals once lived right outside her window. The storybook world bolstered her courage and curiosity, so she peeked outside the small porthole above her seat. Her insides flipped in response to the blurred spiky landscape whizzing by. Focusing on the fuzzy brown mountain range in the distance, she daydreamed about green rolling hills and big roaming creatures for the rest of the journey.