A Snake In the Forest

by Taru Anniina Liikanen 27 days ago in Fantasy
Report Story 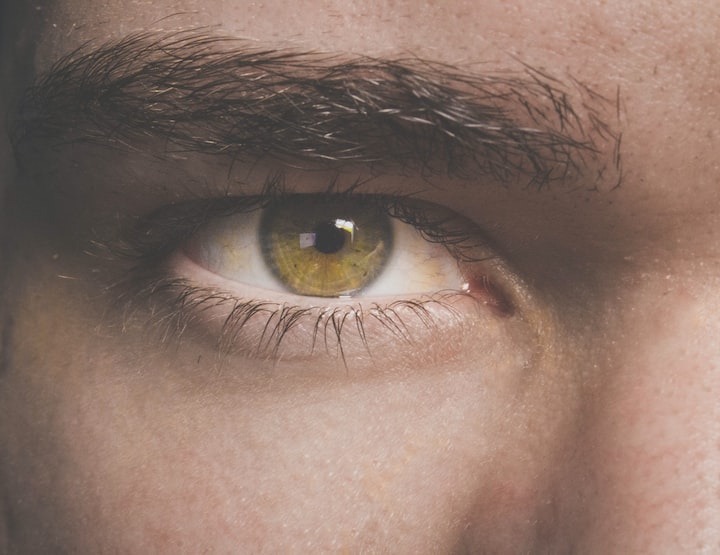 Photo by Douglas Alves on Unsplash

The sun was getting lower, and the shadows covered most of the forest. Behind the trees, his home still glowed in the bright orange sun, the wing shape of the mountain reminding him who he was, where he was from. A beacon showing him the way through the trees.

In his forest, sunsets lasted ages, but it was getting late now. He was dragging his legs, forcing himself forward. It had been a long while without a meal, but he needed to get out of the woods soon. Spread his wings and get back home before it was too late to fly back. Before he'd collapse on the forest floor, never to get up again.

Not much more to go now, Amaru tried to convince himself. But keeping the pace was harder with every step. His body was growing weaker, older. The disappearance of food hadn't helped keep him strong.

Nobody knew where the animals had gone. Why there were no jaguars in the forest, no condors roaming the skies. Not a single guanaco by the lake. He'd never seen this happen, and he'd seen many seasons. Nearly two thousand winters, animals coming and going. The arrival of the humans in the valley. Now nearly gone, too.

The last time he'd seen anything bigger than a rat in this part of the woods had been weeks ago.

It had something to do with Nico. The others didn't believe him, but he knew. Had always sensed that thing wasn't to be trusted.

Leaves rustling, somewhere close. He still had a chance, Amaru thought, stomach growling in response. There was someone else here. It just needed to be big enough to fill him up.

Amaru had caught a couple of rats and squirrels among the low-growing ferns and bushes, too, but they had satisfied him little. His ribs were poking out through his scales now, not even the wings could cover his weakness.

He needed to catch bigger prey just to stay alive. At least a couple of boars a day. So did his herd. They'd already lost too much, too many. They'd disappear soon.

Now, he was catching the scent of warm blood. His nostrils knew that smell, led his predator's mind toward it. It was a mammal, certainly bigger than a rat.

Careful not to make a sound, Amaru headed toward the smell, to a lighter spot behind the trees. It wasn't like him, usually so careful to keep to the shadows. His thirst for blood pushed him out, onto a small clearing he had always avoided.

The space barely housed any plants, aside from some grasses. It had always felt unnatural to him. Trees don't stop growing in the jungle all of a sudden. Someone had done this for a reason.

Before, there had never been a need for him to expose himself, and the risks had been too many. Dragons ruled here, but they could be surprised. Hunters turn into prey as soon as they run into someone smarter. Let their guard down for an easy snack.

This time he had the upper hand, Amaru recognized as he peered through the thick vegetation at the edge of the clearing.

Sitting in the middle of the wide open space was a small thing. A human.

They weren't likely to show up in this part of the woods at this time of the year. They knew his kind roamed here until the cold winds pushed them back up the mountain, where they hibernated in their ancient caves. Unbothered by the world, protected by the energy they'd stored hunting in the summer.

The only human he'd seen venture out to the mountains was the one who'd given him his name. There was no debt of gratitude, the human had called him a snake. Amaru's throat filled with warmth as anger arose within his stomach.

Dragons aren't lowly snakes. Dragons are the kings of the forest, the rulers of the skies. And he had been the mightiest of his herd.

Worry flashed through his mind again. What if there were no other animals left? Who does the dragon rule over if there's no one else in the forest? it shrivels up and perishes, like the rest.

This human was even smaller than Nico had been when he'd appeared. A toddler, barely old enough to run or speak. Nowhere close to the threat an adult one would pose, the creature was sitting in the middle of the open space. Its back turned to him and its face turned to the sun, a flower absorbing life.

Why was it here? Something inside Amaru warned him, told him to leave, but his hunger won the battle. One heavy, silent step in front of the other. One joint extending, then the next. He could almost hear them in the quiet forest, but the human kept staring at the sun. Was it waiting for someone? Another dragon?

It didn't matter, he decided. He was too close for the human to flee now. It was time to go for the kill. Amaru opened his mouth, letting the first burst of smoke from his throat, out into the air.

The human turned to him. Wide face, round eyes, dark just like Nico's. No fear, no surprise.

A sudden show of teeth, eyes going from round to tiny lines. No anger. He'd seen it before, sometimes accompanied by a sound. Dragons didn't show their teeth when they were happy, humans did. It wasn't about to attack or run.

It reached its hand toward him, teeth still showing, and Amaru swallowed the smoke in his throat.

He took a step back. It wasn't worth it. Too tiny to enjoy for a meal, barely a snack.

Amaru turned his back and began walking away, toward the edge of the clearing. His insides were rumbling in hunger, it was time to head home. Maybe someone else had found something to munch on. A futile sliver of hope.

The thing made a sound. Tried to get his attention. Needy, like all humans. He didn't stop to see it. It was time to get out of the forest before night fell. Face the consequences of yet another day of hunger.

"There you are," the sound came from behind him now, in human speak. A voice he knew, but hadn't expected.

Before he could turn and face it, his eyes went blind and a sudden blow pushed his feet out from under him.

His body collapsed onto the ground, and something cracked, broke apart. His frail ribs, not covered by the muscle and fat that usually protected him when winter came along. Sharp pain prevented him from breathing fully, from pushing fire through his throat, roasting his attacker. His legs didn't answer him, refused to move.

"Not so fast, big boy," the human said. "Good to see you haven't changed."

Something had taken his sight, paralyzed most of his body, his senses. But hearing was enough. A memory of green eyes flashed before his blinded eyes as his body spasmed in agony.

He didn't know how, but he knew why.

More stories from Taru Anniina Liikanen and writers in Fiction and other communities.