A Readers Dream: The Police Visit 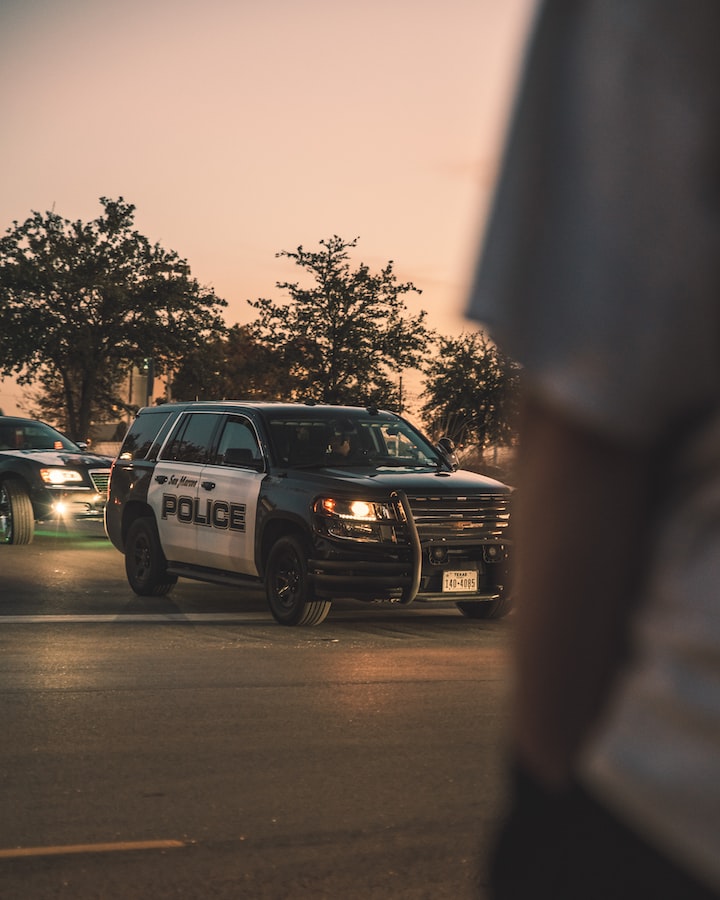 A loud knock on the door caused Alyssa to bolt upright. It took a second to get her bearings, she wasn’t sure how long she had been sleeping. The knock came again and Alyssa remembered who was coming over. She went to the door, glancing around for Gene who was nowhere in sight

“Officer Stone.” Alyssa greeted him when she opened the door.

“That’s me.” Alyssa stood with the door only slightly open.

“Would you mind if I come in so we can speak?” Officer Stone motioned. Alyssa hesitantly opened the door and lead him to the couch.

“What is this about officer?” Alyssa felt semi-confident after her trip with Gene. If there was trouble he could just whisk her away. She sat and the Officer sat across from her.

“When was the last time you saw your mother and sister?” Officer Stone leaned slightly toward her and spoke softly. She didn’t like where this was going.

“I saw them last night, we had dinner at my mom’s house.” Alyssa didn’t want to talk about the car incident, that wasn’t something anyone would understand.

“Was there an altercation of any kind?”

“There was a disagreement, my mom has always been a little tightly wound, she tries to make sure our lives are perfect, and I’m not.” Her mother was sure to have spoken to the Officer and told him about the argument. This had happened many times before, why get the Police involved.

“Do you remember about the time you left the residence?”  “I don’t quite remember.” Alyssa said honestly.

“Did you leave the house abruptly?” The officer asked, he was writing down some of her answers.

“We all left at the same time, we were going to go for dessert, but I decided I didn’t want to.” Officer Stone started writing more things down. Alyssa couldn’t take the tension.

“Is my mother accusing me of something? Ever since my parents got divorced she has had it out for me.” Alyssa couldn’t believe her mother would go this far.

“Not that at all ma’am, I’m afraid I actually have some sad news to relay. Your mother and sister were killed in a car accident last night.” Officer Stone said soberly. Ashely’s face dropped, they had to be wrong. It must of been some kind of mistake, she didn’t like them but she never wanted them dead.

“I’m very sorry Ms. White, is there anyone I can call for you?”

“What about my father? Did anyone tell him?” Alyssa couldn’t believe her dad would go without calling her if he knew.

“You were listed as next of kin for both of the deceased.” Officer Stones voice was much lower and softer now.

“What about Thomas?” The thought suddenly struck her, he had to be okay. Officer Stone shook his head. Everyone in her life, wiped out like that. She was alone in the world, her dad hundreds of miles away.

“How? When? Where?” Alyssa felt sick to her stomach. She needed to know more.

“It seems to be that the driver lost control of the car and they were T-boned by a semi-truck. It was less than half a mile from your mothers home.”

“That’s not possible. I saw them go. I didn’t see another vehicle or anything else.”

“Were you in a car?” The officer asked. Ashley blanched. How could she explain it?

“Why did you decide not to go?” This officer wanted to know more than she could think of. She knew she had to think on her feet.

“Well I try to avoid dessert.” Alyssa jiggled her stomach. Her brain was still swirling, she couldn’t believe this was happening. Her mom, sister, and even Thomas were gone. She was all on her own, except for Gene. It was as if he heard her, Gene came out of the bedroom and came to sit next to Alyssa. She took his hand and he squeezed it lightly. The officer looked at Gene suspiciously.

“This is my boyfriend, Gene.” Alyssa explained. The officer seemed to be surprised by that news. She glared at him, he had to be assuming that Gene was too good looking for her. She wasn’t pretty enough to have a tall, dark and handsome boyfriend.

“I think we need some time, and I need to call my dad.” Alyssa said, she was ready for him to go.

“If you have any questions you can give me a call. Here is my card, I’ll see myself out.” Alyssa watched him go. Her anger over his judgment of her subsided as the guilt gripped her. How could this happen? It had to have been her fault. They wouldn’t have been in the accident if she hadn’t disappeared.