by Mamas Voice 4 months ago in Mystery

A Life Left Behind 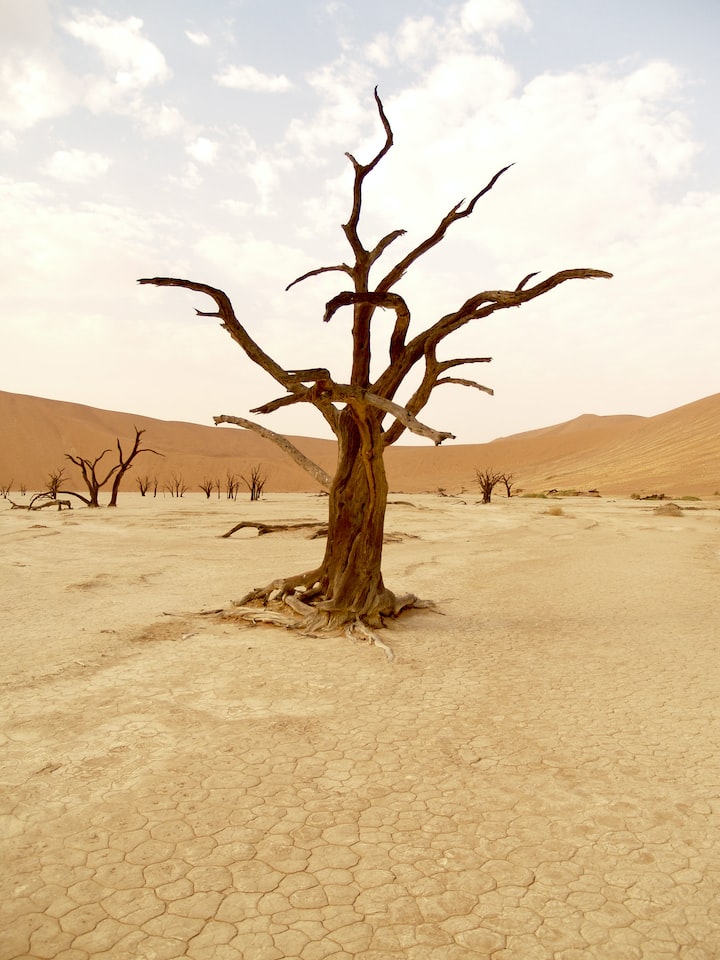 Photo by Peter Burdon on Unsplash

In a quiet suburb in Arizona, It was still dark when the Emergency Alert System rang across each wifi device in the Andersons home. Fourteen-year-old Sarah and her parents quickly roused and gathered downstairs, to the vision through a window, they wouldn't soon forget! The street was lined with large armoured vehicles and military roadblocks at the end of the once quiet road they called home.

It was a crisp spring morning, just outside, you could smell the Sweet Acacia trees in the air. Before their feet hit the driveway, the disoriented residents were met by three militants - two men and a woman - in full coverage uniforms and guns at their sides! They were swiftly branded like cattle and sent in a direction with the rest of their neighbours. Sarah clung to her mother's hand as best she could, but her grip loosened as she noticed a small child crying seemingly alone in the street. The brief distraction was just enough to cause her to lose sight of her parents as they approached the end of the road. Before she had time to look for them, Sarah was forcefully shoved onto an overpacked bus that was undoubtedly intended only for the worst of inmates!

As the bus took her further from her family, and away from everything she had ever known, Sarah looked down at her hand, which she had only now realized, was throbbing with the undecipherable brand she'd received just moments earlier.

Staring through the barred windows from her lonely seat, the beautiful green trimmed hedges and uniform lawns slowly merged into the rundown apartment projects she'd once read about in the paper, and eventually, nothing but desert filled her view. There were barbed fencings along the highway, and abandoned cars pushed to the ditch.

Where was she going?

Where were her parents - would she see them again?

As an imminence sense of dread began to sink into the pit of her heart, Sarah drifted into emptiness, no longer aware of her surroundings.

A young man, just a bit older than her, saw Sarah's fright as she watched aimlessly out the bus window and quickly sat in beside her. "Hi, I'm Brandon", he said as he placed his hand gently on her shoulder. "Sarah", She whispered as she turned startled by his intrusion. He too was marked by the burning brand on his outer wrist. At the very least, she knew he was another victim like her and therefore, someone she could find comfort in - if just for a moment.

The bus was drowned in the sounds of sorrow as they continued down the desert roads. Day slowly turned to night and by the next morning, they woke to the bus slowing, into what appeared as, an encampment filled with hundreds of busses just like hers and a flood of military monitoring every movement.

off the bus, it was chilled as the sun crest the horizon, revealing a tunnel about 50 yards away. Brandon cautiously took Sarah by the hand as they began to walk, led toward the tunnel with, what seemed to be, thousands of other people stranded and disconnected from one another.

As they approached the tunnel, there was another roadblock at the entrance. Here they were processed through a scanner and given a numbered pack that included a few rations, a full water bottle, a small blanket, a generic change of clothes and a few other random nicknacks.

They walked together through the tunnel for what seemed like weeks. With the constant presence of artificial lighting, it was hard to say just how much time had passed. Women, children, young, old... Men helping disabled travellers and women burdened by infants. People of all types were being ushered through, and would be seen dropped like flies to rest along the way, no sooner to be thrust up again by a supervising militant.

Their waters were empty and their rations were low. As Sarah and Brandon weakened and wearied, were beginning to feel the weight of exhaustion setting into their bones, out in the distance - there was light! Sarah moaned with exhaustion. If it weren't for Brandon, she couldn't imagine she'd made it this far, "Just a bit further!", he urged. "I don't know, what's waiting for us, but we have to keep moving! "

If they wanted us dead, they wouldn't have supplied us this far, right?

Out into the light of day, the two teens emerged to a sight they'd never seen. it appears they had reached their destination. Sarah glanced out as far as she could see. The land was covered in sand, with white tents and people scattered about aimlessly amongst lined militants that barely looked human under their body armour. Why were they so protectively covered? What were they afraid of ... or perhaps, prepared for?

Sarah stood atop a dusty slope with Brandon by her side, she looked out hopelessly, scared and surely alone, wondering what possible future she could have.

In her pocket, she reached for the last remembrance of a life left behind - a small brass locket carrying the memory of her mother and father, enclosed in an engraved heart strung on an old rusted chain. As long as she had that, she still had hope.

If you enjoyed this article, please consider leaving a tip and don't forget to share!

From BC, Canada, a mother of 4, homeschooler and wife! Trying to navigate through a poisoned culture, keeping God in mind and heart. 💛