A House of Fallen Leaves

Peace amid the brokenness 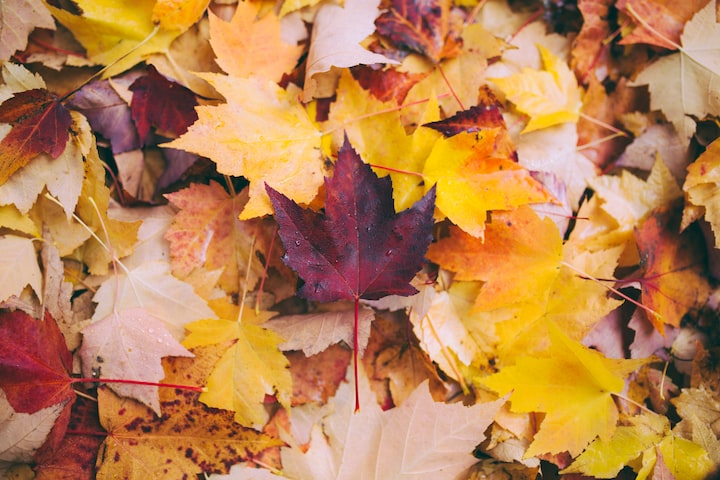 Photo by Greg Shield on Unsplash

Rylie groaned. It should be illegal for someone to be so excited this early in the morning, she thought.

"I know you're awake." Footsteps padded closer to Rylie's bed. She rolled over, turning her back to the perpetrator.

"Come on!" Piper continued. "It's actually cold outside, and the leaves are falling. See?" Something tickled the inside of Rylie's ear. Jerking awake, she shot up, grabbed the offender—a crisp brown leaf—and crushed it in her fist. Her eyes found Piper's. "I swear," Rylie growled, "if you touch me again, I'm not driving you anywhere for the rest of the year."

Piper's cheerful expression collapsed all at once. She stared at the remains of the leaf falling from Rylie's hand onto her blanket. "I just thought..." Instead of finishing her sentence, she hung her head.

But she didn’t have to finish. The end of her phrase played in Rylie’s mind: " . . I just thought it would be like old times. Before Mom left. Before the move."

Rylie shook her head. Those times were never coming back, no matter what kind of weather there was.

"Yeah," Rylie muttered, letting the leaf bits in her hand fall to the ground. "You thought." She wiped the dust off her palms and lay back down, closing her eyes though she was now wide awake.

Rylie heard Piper shuffle—gathering up the leaf, maybe? "I made you some coffee, "she mumbled. "The pumpkin-flavoured kind."

A moment later, the door closed. Rylie squeezed her eyes shut, begging herself not to think about it, to just go back to sleep...

But the memories were more powerful than her stubbornness. They broke through, flooding her mind with days that seemed like they'd been lived decades ago. Rylie could hardly believe that a year ago, things had been normal.

Laughter. Sitting on the swing with Mom, smiling as Piper played under the oak trees—the ones that Rylie had told her parents she wanted to be buried under when she was nine years old.

She'd almost rather be beneath those roots than here, trapped in the concrete enclave of this sprawling city, living a sort of half-life where nothing mattered and no one cared. Memories were torture, happiness a dream.

After the door opened, footsteps hardly made a sound as they tiptoed across the room. Clunk. The smell of warm spices mixed with the full, rich scent of coffee wafted to Rylie’s nose.

Piper was silent as she left.

Rylie's mouth watered. She opened her eyes, finally noticing the bright sunlight that fought past her blinds, the obvious chill lying in wait above her blankets.

I can give in. Rylie sat up and rubbed her eyes, noting that the coffee was the perfect colour—not too dark, not too light, with just the right amount of creamer. Piper knew her so well.

Rylie stood and reached for the blinds. She flicked them open and watched the trees wave their branches several stories below. The pale bark was strange to her still, nothing like the dark and mighty oaks that had shielded her at home.

It was just another reminder that this place could never be home. No more birdsong in the mornings, no more sunrises over the hills. No more Mom. No more Dad, even, now that he was working so much. And Piper… Piper was just the same. Along with the hot coffee, cold air, falling leaves...

Maybe Rylie could never go home, but she could resurrect at least a piece of it.

Rylie grabbed her coffee and slipped out of her room. While Piper's gesture had been kind, Rylie’s little sister also knew perfectly well that Rylie couldn't drink her coffee in her room—it just didn't feel right to her.

And it just so happened that as she stepped out into the living room, the door to the balcony was open, letting in the crisp air. Piper's bright red hair was like a beacon leading Rylie to the finish line.

Rylie stepped out into Fall and dropped into her rocking chair without a word. Piper had won, but Rylie wasn’t about to state it. Still, she peeked a grin at her sister’s face and saw a grin twitch at her lips.

Finally, Rylie took a sip of her coffee. Perfection. It trailed down her throat and created a warm pool in her stomach, making Rylie feel impervious to the cold despite her bare feet.

Rylie sighed. “Good,” she muttered. She couldn’t say the same about life, but for a moment, that was okay.

Because here, sitting with Piper and watching the leaves fall, she could pretend she was home.

Ever since I could first form words and hold a pen, I've been telling stories - from the sloppily scrawled tales about getting ice cream with my exotic pets to full-blown sci-fi and fantasy epics. To God be the glory for every word I write!