by C C 10 months ago in Short Story
Report Story 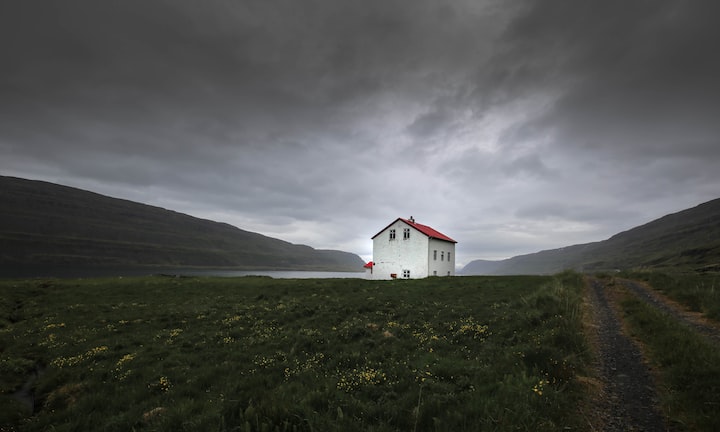 Photo by Cassie Boca on Unsplash

Tamara Jones just bought her first home, it was not perfect, but it was a start to a new life. She waved bye to the realtor that sped away down the gravel road that kicked up rocks and dirt with a cloud of dust following. Tamara took a look around her. The house stood on top of a hill. It was white and two stories tall. It had a porch that would be perfect on summer days. The area was remote and quiet, trees spread out across the small acre of land. It was unoccupied for a few decades, passed down by relatives who did not want to leave their life in the city.

Tamara found the house while looking for a new place to focus on her work, away from the horns and loud neighbors. She knew she was taking a gamble and a huge risk but without risk in life, do you live? When she thought about it that way, she made her decision. She started to unload her car with the little belongings she brought with her.

Her furniture will arrive tomorrow afternoon, she planned to sleep with an air mattress for the night. She couldn't wait to sleep in her new home and came a day earlier. The sky was turning dark, the smell of rain covered the air. She knew she had to get inside quickly as the clouds looked more threatening. The house was empty with blinds hanging in the windows, the flooring was hardwood without a hint of carpet. As she was heading upstairs to set up her sleeping arrangements for the night, a clap of thunder shook the house and made her jump.

She took a deep breath and found her way up to the master bedroom. She took a peek outside and a flash of lightning lit up the sky and another round of angry thunder followed. Tamara took the air mattress out and started using the pump. When she finished blowing the bed up, the sound of thunder seemed to be just above her house. She shivered when the lights started to flicker. When walking down the stairs to make some tea, the power supply gave up and went out. The real estate agent mentioned that the power supply here gets cut off easily.

There are lanterns and candles in the barn as she recollected a conversation with the owners. Tamara ran upstairs grabbed her windbreaker from her suitcase, threw on a pair of boots, and headed outside. The dark made it impossible to see, the downpour of rain didn’t help. She brought her phone with her, so she can take advantage of the flashlight mode. The barn was worn down and looked as if a breath of air would knock it over at any given moment. She pushed on the door that stood on the side and it popped open.

She shined the light on the phone to the empty barn. She looked around and found a stack of boxes in the corner. Tamara stopped in her tracks as she thought she saw something move in front of her. The shadow figure she saw moved behind one of the boxes.

“Who’s there?!” Tamara yelled with her heart pounding.

“I’m dialing the police!” She stated even though her hand was shaking and was struggling to hold her phone.

No answer and no movement.

She heard a whimper and what sounded like a bark.

Tamara moved her phone towards the noise, the figure wasn’t as big as it appeared before.

She steps closer and as she moved closer the shadow turned into something that wasn’t human.

“Oh, you poor thing.” Tamara knelt to the ground.

“What are you doing in here?” She stuck out her hand and the small being moved a bit forward.

A small dog moved out of the dark and moved towards Tamara.

“You gave me quite a scare there.” She smiled at the little dog that looked like it might not have eaten in some time. She extended her hand a bit more to get the small dog to come to her.

“Do you want to come inside with me? How about we get something to eat while we get nice and warm?”

The dog wagged its tail and allowed Tamara to pet him, Tamara used the opportunity to scoop up the frail dog into her arms. The dog didn’t fight but melted into her arms, the dog sensed he was safe. He knew he could trust her and that he has been waiting for someone to notice him. The dog had a feeling that he found his new forever home.

I work full time and a single mommy. Writing is a hobby that is my escape from reality.

More stories from C C and writers in Fiction and other communities.