A chance at a new beginning

When life hands you a brown paper box! 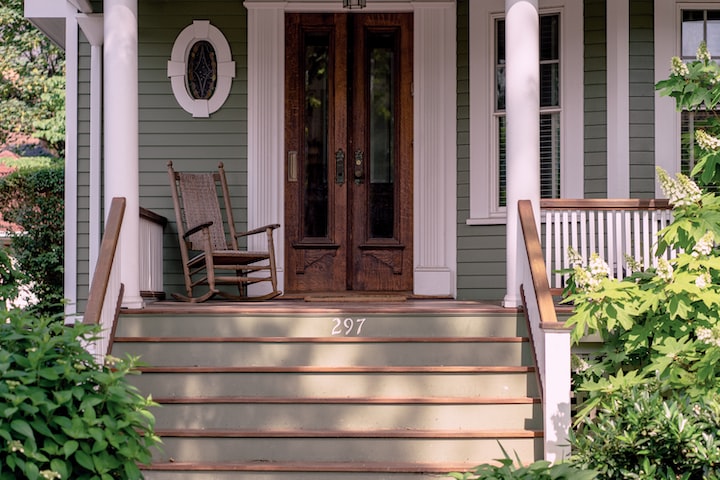 Photo by Avi Werde on Unsplash

Caroline woke up at 4 a.m., as was her habit. She made herself a cup of coffee and wandered around her home, making a mental checklist of everything that she should get done that day. Caroline knew that it was a list of ‘should,’ but that didn’t always mean it ‘would’ get done. She had been in a fog lately. Wondering what she was doing with her life, what her purpose was, and why she had no natural God-given talent.

She was a writer with nothing published.

An artist with 100 half-finished projects.

A mother whose kids were grown, and at the age that they didn’t like her.

A gardener who forgot to pick the vegetables before they wilted.

A wife, who was tired of laundry, dusting, vacuuming, cleaning bathrooms, and most of all - doing the dishes.

Caroline headed outside to sneak in a smoke on the front porch before anyone was awake. She would drink her coffee in peace and watch videos on Tic-Tok, wondering how the hell did one make Tic-Tok videos?

When she stepped outside, she noticed a small brown paper box sitting at the edge of the driveway. Caroline assumed it was another Amazon box. What did she order this time? An official Game of Thrones coloring book? A Chia Pet Gremlin? Maybe the lifelike Elephant inflatable she had found a couple of days ago. Doesn’t every neighborhood need a lifelike elephant inflatable? It would be something for those dedicated walkers/runners to look at. That could bring some excitement to her life!

Caroline picked up the box and carried it to her porch, and looked for some type of address. Nothing! Just a sentence handwritten on top.

‘To Caroline. May the world open up to you!’

Now, Caroline had devoted many hours to Netflix crime documentaries and knew that random brown paper boxes that showed up at a suburban home might not invoke a feeling of safety. According to her hours of research on various crime lords, mob kings, and serial killers - she should put the box back to where she found it and call someone. Ever watch the movie ‘Seven’? Never open a brown paper box!

However, Caroline was on the cusp of a middle-aged woman’s breakdown. She was teetering on the edge of selling her home and everything in it to head to New Orleans and reinventing herself as a Burlesque producer. Or maybe heading to New York to become a fortune cookie writer- heaven knows the cookies need some updating. Though the last one she received was insightful - ‘If you think nobody cares if you are alive, try missing a couple of car payments.’

Caroline set the box down next to her and lit her cigarette. She pondered on what was the likelihood that there was money in the box. Enough money to pay off her debt! She would be free to go wherever she would like! She could go to Europe! She could walk the Great Wall of China. She would swim with the sharks off the coast of some island! She would have something to blog about finally! Her whole world could change in the matter of seconds!

Caroline put out her cigarette and gently placed the box in the lap. As she peeled off the tape, she closed her mouth and stopped breathing - just in case there was something dead in there. Safety first! After a few seconds, she confirmed that there was no decaying smell coming from inside, and she happily continued on her quest for financial freedom.

Caroline peered into the box. There was a small folded piece of paper at the bottom. Maybe a check? A check from a mystery person who felt bad for her as she walked circles around Barnes and Noble last week looking for a book to inspire her? Or maybe the nice lady at the Fred Meyer checkout line who was quickly becoming Caroline’s new best friend for the number of times she went into the store to ‘window shop’?

Caroline took out the note, feeling at that moment that her whole world was going to change for the better! She gingerly unfolded her destiny and read:

How much deeper would the ocean be without sponges?

After staring at the handwritten sentence, Caroline put the note back into the box and set it next to her again. She lit another cigarette and took a drink of her coffee. She stared into the neighborhood, listening to the soft sounds of morning. She didn’t feel let down! It was nice to have a dream for 2.3 seconds. And like all dreams- you have to wake up at some point. However, there was one nagging thought that would not stop running through her mind - how much deeper would the ocean be without sponges?

Welcome to my life as a aspiring writer, blogger, and historian. With a sprinkle of messy moments and a lot of coffee.