Why you should let Both Boys and Girls play with Dolls.

by Carol Townend 7 months ago in children

Dolls can teach children to be caring, and they can teach them a great deal about caring for children themselves. 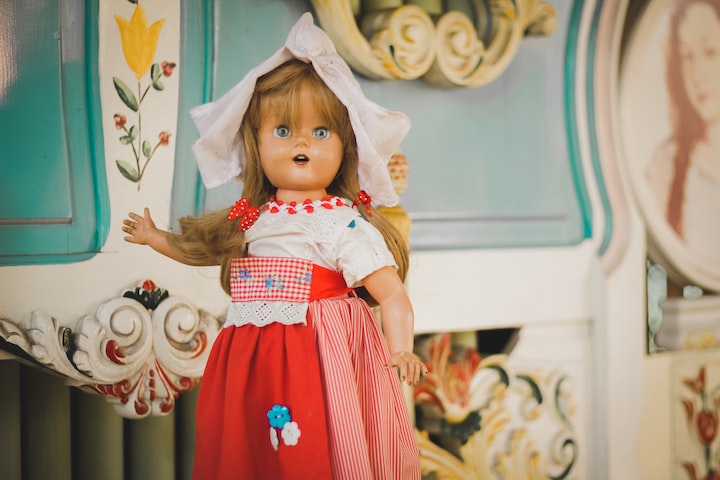 Photo by silvia trigo on Unsplash

I still remember the dolls I had as a child. I had several baby dolls and an older child doll. My older child doll was called Emma, and she represented a child of around 5 to 6 years old. I used to dress them, wash them, have pretend tea parties with them, and boys would also engage in parenting role play with me and my dolls. I remember lining them all up on my bed in my room one by one and pretending that I was the teacher in a school classroom teaching them. I also used to love bathing them and washing their hair.

The doll in my picture does no justice to Emma. Emma had short blonde curls and blue eyes. She wore a stripy blue hat with a matching jumper and plain trousers with little white shoes. I used to hand wash her clothes and change her into different outfits including her tiny dolls underwear. I even gave her a night time routine where I would change her into her little dolly night clothes and put her to bed after pretending to feed her supper. She was also comfort when times were hard, and I used to tell her all my little secrets.

I had a variety of different baby dolls, several of who came with little real feeding bottles that you could fill with water and they would act like a baby who wet their nappies, and I even had tiny Velcro fastening terry nappies that I could change into.

Dolls are an important aspect of many childrens lives. They provide comfort, role-play, happiness and many children find them emotionally satisfying. Children often act out discipline roles with dolls and treat them like real children. By doing this they are learning about being parents through role playing their child's mum, often in the same way that their own parents are bringing them up. Does your young child have dolls? Have you often heard them telling them off for not doing things like homework, fighting or not eating their food? This is them role-playing what you and other people in their lives teach them.

I have a friend who has a 5 year old girl and a 6 year old son. Some parents don't like boys playing with dolls, and there is much discrimination as far as gender goes on this subject. However, the 5 year old girl and 6 year old boy insist that some of their dolls go on picnics, to the beach and even on holidays and daytrips with them. Me and my friend observed how they interacted with these dolls. They often took a pretend tea set with them and a picnic blanket, of which they would spread on the ground and place mini chairs and small fold out picnic tables on. They would then use pretend food and drink, so they could treat their dolls to a human style picnic just like mummy and daddy had done with them. Once the picnic had ended, they would sit the dolls in the car with them and tell them to behave using the same language as their parents.

When the children got home, they would have supper, and also insist the dolls had supper with them. Then at bed time, they would attempt to wash and brush the teeth of their dolls, get them ready for bed and kiss them good night while tucking them into bed, just like their parents do with them. Basically, both the boy and the girl were acting like parents with the dolls.

I did an experiment with the boy and the dolls with permission from the parents. The way the boy interacted with these dolls had a striking relation as to how the boy and his dad interacted, and it wasn't dependent on gender at all. The boy would race his toy car with both dolls even though one was female and the other male. He even set up a football match between them, and sat on the couch watching things such as Star Trek, Car racing and other things. There was no gender biasness in his interaction with the dolls, and this goes to show that letting boys join in with role playing can help them to grow up in a non-sexist way. At the end of the day, the boy did exactly what the girl did. He created a routine of supper, washed, teeth brushed and bed, and he even kissed the doll good night. He was learning to care for the doll by mimicking his parents care of himself.

Dolls can be a pleasure for both girls and boys. They are so much more than toys as my evidence from my experiment showed. They teach them parenting and teacher roles, how to be caring and loving and they obviously play an important role in child care which a child can learn from an early age. These roles are important to all children whether they are a boy or a girl growing up, and many children learn to care for their own in this way. Of course a doll is not a replacement for a human baby, but there are some countries who use life like new born baby dolls to teach a new parent about child care. Dolls have a very big role in teaching about the responsibilities of parenting and looking after others, and children do love pushing toy prams or pushchairs with baby dolls or toddler dolls in them. I hope after reading this article, that you can see the advantage of allowing your child whether male or female to have play-time with dolls.

I hope you enjoyed my informative article on dolls. Please be kind enough to heart this or leave me a small tip of appreciation as I would really appreciate that.

Also please check out more of my articles here:

A writer with a higher distinction, CPD in creative writing who loves all forms of writing, and well just writing!

I am also a wife, carer and a human living on a planet where the computer has taken over the pen!