Why are many parents obsessed with eating: How food has maneuvered our eating habit

by madeleine rene 8 months ago in advice

We still are claiming that we choose what to eat as we will. 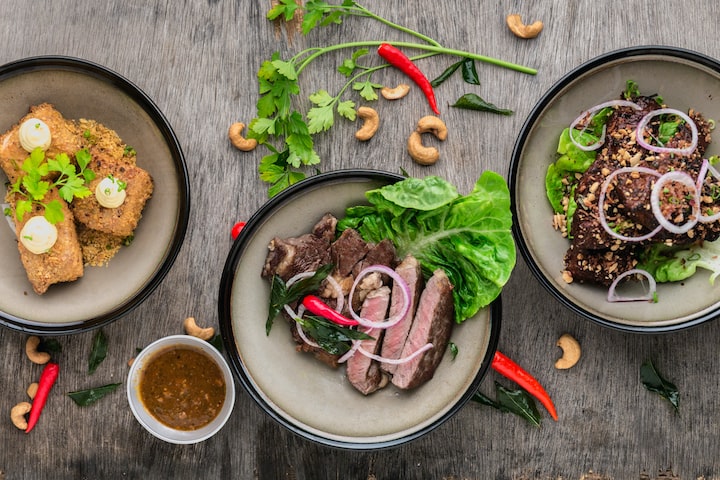 Photo by Lily Banse on Unsplash

How much of a parent's pressure to force a child to eat and drink is partly influenced by outsiders' judgment on how to raise a child? For example, if the child is not fat, the parents/parents-in-law will retort and yell at "why does the baby look so guilty? Because no one wants to be cursed, so their parents cope with it.

Then there is the fact that parents often compare each other, and then treat their children as a product for us to "fight" each other when gathering. Learning is a good example, but the physical appearance of children is no exception. Seeing how your child is stunted or taller than the others, he does not want to give his child more nutrition and more nutrition.

4. How food has maneuvered our eating habit

We still are claiming that we choose what to eat as we will. That said, digging deeper into human nature, our eating habits are often overwhelmed by either survival instincts, family eating traditions, or consumerism.

And all these three factors have, over and over, spearheaded bitter conflicts in our life.

Our parents, as well as instincts, crave food, and at the same time, thirst for a good-looking appearance. On the one hand, consumerism lures us into devouring more and getting obese, selling weight loss, and beauty tools.

Eating is joyful, for they release happy chemicals. Our body responds to the taste of a popsicle stick by activating the brain's reward system and secreting dopamine - the neurotransmitter associated with exhilaration, joy, and satisfaction. This way, the mind ends up getting into the euphoria state as if we've consumed stimulants. And at a similar stake to addiction, the brain always craves such a feeling of excitement. They want more.

On the other hand, our brain has also developed the so-called context-dependent memory tool. We could recall actions buoying us up by utilizing it, to illustrate, eating ice cream and cakes. When we're downcasted, stressed, or apoplectic, the brain cunningly clues you: "Eat ice cream, everything's gonna be okay." Iterated enough, it would turn into a habit, an automatic solution whenever we're dismal.

Since there's the reason why food companies are not aware of what we've known of the brain's psychological mechanisms.

Have you ever noticed that even upon getting full, desserts still are too seductive? This can be explained by the so-called "sensory-specific satiety" psychological phenomenon.

As we eat as much of the same food, we become fed up little by little and eventually stop eating. A new flavor is instead a radically different story. Since the reward system is then reactivated and craves more, we keep on eating. Take buffet as an example; wherein there are too many seductive flavors.

A pinch of mashed potato flour fried and seasoned with salt, sugar, and fat in a cunningly adjusted dosage, bringing out a blend of countless tempting flavors. We are "hooked," literally. Opening our mouths, we chew, and the process is iterated. It also applies to other snacks.

In an experiment, researchers fed rats with sugars and fats individually, and their brains would signal stop when they were full. Given that, upon mixed, their excited receptors went "wild," overwhelming the stop signal. They devoured more and soon get obese. It was not to mention that they later had to eat more to reach the level of excitement the reward system had been familiar to.

Sugar has always been the flavor we lust after. Research has indicated that sugar is as addictive as other stimulants. It also urges us to cross the line and continue eating, even when we're full.

Overall, everyone might have been well aware that overeating might get us obese, and ill-favored, let alone the risk we're gambling on heart diseases, diabetes, fatty liver, and so on.

The hunger has passed. While food is now all too available (otherwise, fast-food delivery apps will be your saving graces), their consequences have got us all too tight-lipped. Still, is the scenario of belly fat sticking out of your wedding dress alarming enough for you to stave off milk tea?

Still, we're at this moment not discussing further on your tangible fears. To all appearances, ordering an XL milk teacup might eighty-six your newly developed insecurity.

Don't bend; don't water it down; don't try to make it logical; don't edit your own soul according to the fashion. Rather, follow your most intense obsessions mercilessly

See all posts by madeleine rene →