by Fra Tusha 2 months ago in children
Report Story 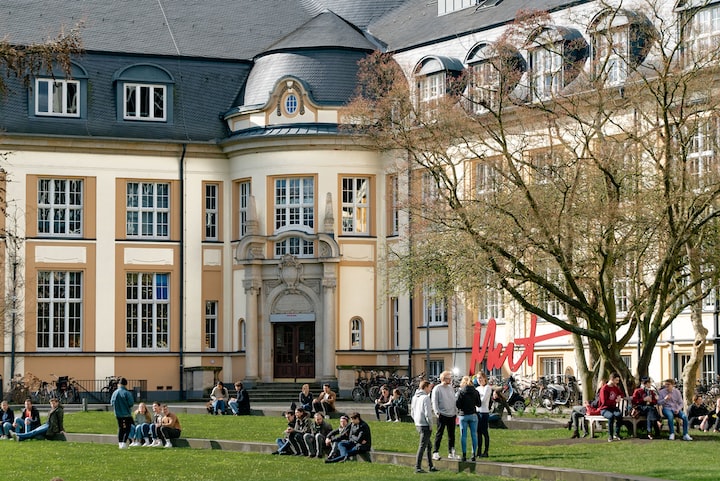 The school had to interview her based on merit.

During the interview, she was asked what her strengths were, shook her head several times, and saw the interview teacher's face darken. In the end, she didn't get in because of her low overall ranking.

Looking at the acceptance letter from her classmates in the group, the little girl was so sad that she cried.

Mother and daughter began to complain to each other.

"The two of them said, "Since I was a kid, I've been telling you to learn piano, dance, and programming, but all of them are tired and bored and don't want to learn, none of them persevere.

"You're the one who has to learn, why should I force you?

I laughed bitterly as I listened.

Nowadays, they say that education is fun, but when a child says "I don't want to learn anymore", should parents let the child continue to work hard or even push him?

The answer is yes!

Parents with vision are willing to be "tough" on their children

Someone on Zhihu asked: Do you thank your parents now for being forced to take interest classes?

Some people said that when they were young, they liked music, and when they saw an electronic piano in a musical instrument shop by chance, they had to learn it. Her parents, whose annual income was less than 5,000 yuan, spent more than 3,000 yuan to buy an electronic piano and enrolled her in classes, and they drove her to and from classes in the wind and rain.

After learning for a while, the difficulty increased and she couldn't cope with it, so she got so frustrated that she told her mother that she didn't want to learn the piano anymore.

Later, when she went to high school and college, she renewed her interest in the electric piano and tried to pick it up again, but found that practicing the tunes was more difficult than when she was a child, so she gave up after stumbling for a while.

After working, she met a girl who played the violin, and the happiest thing she did every day was to get up early and play the violin before going to work, and she was refreshed all day. When she was a child, she had to play the violin every day and wanted to burn it, but then she got better and better and felt especially good about every piece she learned. She is grateful to her parents for forcing her, otherwise, she would not be able to enjoy the enjoyment and joy of playing now.

Children don't know what persistence is, they start with an interest, struggle with bottlenecks, and stop at the attitude of their parents.

When I was a child, I learned to play the accordion. I was very talented, but after a year of learning, I didn't want to learn.

I felt that practicing the piano was boring and I always wanted to go out and play. Later on, my classmates who studied Bayan together with me became masters and performed in world-class theaters, while I was mediocre. Now my whole family regrets that I didn't persevere.

A life of effort and abandonment is never the same.

Educator Jie Zhang said, "It is human nature to be lazy and to get something for nothing. If you want your children to be happy in school, then the only way is to let them learn less or not learn knowledge. But what is the result of learning less and not learning? Lack of competitiveness when they grow up."

Parents need to have the ability to discover their child's talents and interests, and even more so to help them get through the bottleneck of learning and guide them to see the higher landscape.

Liu Huan's daughter also liked to play the piano when she was young but did not like to practice. He and his wife used to insist on "a happy education" and did not want to force their child.

But now that his daughter has grown up, Liu Huan is full of regret and remorse: "My daughter's musical perception and memory are particularly good, so I kind of regret not forcing her to learn music when she was young if you force her to practice, she may be very good. If a child has the beginnings of this, parents can still give it a push."

The effort is effortitter, but a life without effort is bitter

I have a couple of friends who started their companies and have assets of over 10 million.

The couple often lamented with their friends: "We left our hometown, starting with nothing, how much suffering to earn this family business, our biggest wish in this life is not to let our son eat the suffering we have eaten and do not need to work so hard, on these industries we live a peaceful life is very good.

Parents have capital, and children can indeed save a lot of effort, but their son is lazy, hanging around all day long.

One time we went to the Great Wall together, seven or eight children of all sizes climbed together. The boy was the oldest and started complaining after just one slope, playing hard to get and refusing to go.

When all the children came down from the Great Wall, showered, and happily ate dinner, the couple only got their son back from the Great Wall in the night, pulling and pulling, angry and tired of looking for quick-acting heart pills to eat.

It's really funny and a bit sympathetic.

Many parents do not spare, the child to suffer a little bit of pain and are heartbroken.

I do not know, the pursuit of a natural happy education is likely to let the child's life slippery slope.

The property will sit and eat, and there are never a hundred generations of rich people, and no child will be "lying to win" for life.

Guo Qilin performed on stage at the age of 15, seemingly with the light of his father, but behind the scenes, he put in too much hard work, not to mention the privileges available. Other disciples had three days to memorize the paragraph, he asked Guo Qilin for two days to memorize it.

He is very competitive, not only in his skills, but also humble and courteous, not arrogant and not impatient, and is highly recognized.

Guo says that there are no parents who don't love their children and that it's better to get enough "scolding" from parents at home rather than having your children scolded by outsiders.

A child who tries hard will have a wider path, and the opposite will be narrower and narrower.

The more soft-hearted parents are to their children, the more merciless life will be to them.

Force your child to work hard now so that when he grows up he won't stoop to low levels!

A group of little people walking carrying a heavy cross.

One of the little people felt that the cross was too heavy, so he took a knife and cut off one section after another.

The little man with a lighter load walked easily to the front of the group and even hummed a happy little tune.

Suddenly, a deep ravine appeared in front of them. The little people have built their crosses into bridges and passed easily.

Only this little man, whose cross was cut off was not long enough to cross the gully, hindering his progress, could only lie down in front of the gully and cry bitterly, regretting it ......

This is not a reflection of the reality of life.

The road to success is never a shortcut, only the accumulation of weight, persistence, and effort to reach the destination.

Most people have similar IQs, and the real "winners" must have stronger stamina than others.

The real education is in the "fight between father and mother", the fight is not only the parents' financial strength but also the parents' vision.

Timothy Fok once complained that his daughter-in-law Guo Jingjing was too strict. He went to see his grandson and wanted to take him out to play, but was refused by Guo Jingjing because "he hadn't finished his homework".

People who start higher than us are trying their best, so who are we to let our children give up easily?

Parents "force" their children to work hard and not give up, not to force them to succeed, but to allow them to experience the joy of self-discipline, the pride that comes from perseverance, and the sense of accomplishment that comes from working hard.

"The most important gift we can leave our children is to help them develop abilities they otherwise thought they could not have so that they can tap into their potential and know what it takes and how hard they have to work to make their dreams come true."

A truly joyful education helps children find joy in learning and the joy of working hard.

Only then can a child's internal drive and self-efficacy burst forth, and confidence will follow.

Child, how hard you work, how different you are

The biggest failure of parents is to let their children choose to enjoy themselves at an age when they should be working hard.

Some people ask: How hard did you work before the entrance exam?

A parent organized his child's desk and saw the refills he used up in his senior year, and moved to tears.

Everyone longs for the dawn, but only those who brave through the darkness can usher in the warm new sun.

A mother, a pediatric nurse practitioner mother in her 50s, accompanied her daughter, who was "in no state to review," to study for her exams, using fragmented time off work and weekends to study, and eventually got into a graduate school at a medical university with her daughter.

Sometimes it's not that parents are forcing their children to behave in the wrong way, they're just using the wrong method. The power of example is always greater than reprimanding and sticking.

A blind child candidate in Shanghai scored 623 points in the college entrance exam, grade 10 in bamboo flute, and grade 8 in piano, and also participated in a half marathon.

Excellence is never a talent, but a skill that everyone can learn.

Maybe life doesn't give you a good hand, got to also play hard and let yourself be the one who laughs at the end.

Not surprisingly, most children spend their lives being ordinary.

Don't wait until life is "hard" on your child, but he will only cry and say he is too scared and regretful, this hurdle he can not step over.

Children can not eat any suffering, but it is never a loss to eat the suffering of learning.

You may not succeed if you try hard, but those who do not try hard will never taste the sweetest fruit.

Life will eventually reward those who have sweated soundly with joy.

More stories from Fra Tusha and writers in Families and other communities.