Wake Up, I Have To Go To The Bathroom Grandpa!

Well, that is what they do when camping but sleeping in the living room? 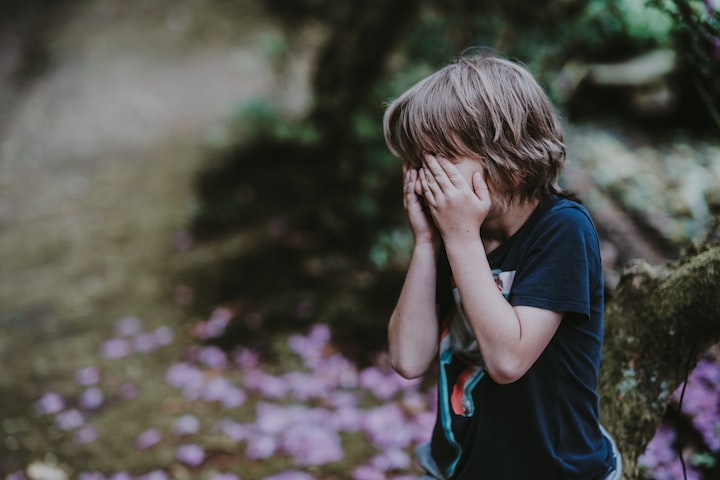 I enter the living room and my 8-year-old grandson has his head covered and is sleeping. Hubby has the television on and he looks tired.

I ask him how he slept. He gets up and follows me into the kitchen. He says in a lower voice, "He woke me up at 2 a.m. and then at 6 a.m., and both times he said, Grandpa wake up, I have to go to the bathroom. I tell him well, go then and then I can't get back to sleep!"

I know he didn't think it was funny but I laughed and laughed. Then I said, well, that's what you taught him to do when you are camping, and you were kind of camping, both of you sleeping in recliners in the living room!

He said, "Nope, they sleep all night when in the camper!"

I thought to myself, I wonder if it was all the freezees he had in the evening. I didn't see him drinking much water. Hope we don't have to check him for diabetes. He had put on some weight this year! No, they have all put on weight at that age and none of them are diabetic.

I told Hubby that he gives me material to write about almost every day! He then says, "Do you talk about monkeyitis?" I said, I don't tell people you have monkeyitis, but if you are okay with it, okay!

See what I mean, material to write about. Maybe not your favorite material but if it isn't you stopped reading by now. The Grands like to stay at Grandpa and Grandma's as they get special attention and can eat freezees that they couldn't when mom is here. So he begged to stay.

I said I can drop him off on my way to the fair. I'm helping a friend who sells Tupperware there in the afternoon. I shouldn't have said fair but he can't go and just sit in the Tupperware booth. He is not old enough to be off on his own.

I did take the Grands when I was younger. I haven't offered lately.

My mother used to take my kids, my daughter will point out if she doesn't want to go to the fair. Thanks to the pandemic, it hasn't been an issue.

Grandson is still sleeping two hours after he woke Grandpa up last. Grandpa is still awake. He has to work out as he has a meeting and a physical this afternoon, otherwise they would be riding 4-wheeler and dirt bike.

He is staying with us a couple of days a week as his sister and he are both the same age for now and not getting along too well. They are both ready to go back to school.

And he is being punished by having to stay with old people, without his tablet as he spent $130. on his mother's credit card for buying stuff for a game he plays.

It hasn't been torture for him though as he has his dirt bike here and Grandpa is teaching him to ride the 220 4-wheeler.

Well, now he is up, and I just figured out the music charges on my credit card as he is playing rap music in the kitchen right now on our Alexa device!

I don't have a music plan, so it can get pricey. I told him he can listen to the rest of that song as he paused it when I told him about the cost. And then I said he needs to find something else to do. So, I can hear him arguing with Grandpa. And I can hear Grandpa laughing!

Now, they are both laughing which is good! I think we have way more fun with the Grands than they have with us!

More stories from Denise E Lindquist and writers in Families and other communities.