by W.H. Michael about a year ago in literature
Report Story 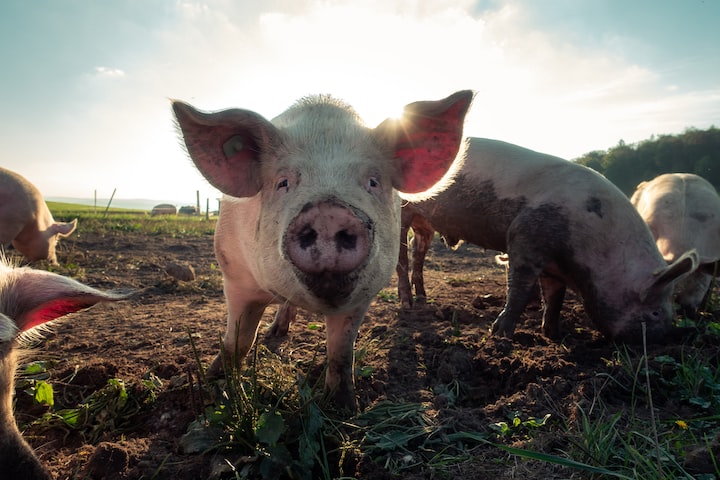 Photo by Pascal Debrunner on Unsplash

The young man couldn’t remember a time when his grandfather didn't have his little black book. It was something he remembered being as much a part of him as his beard or glasses. Something he saw but never really noticed, till his third-grade teacher gave him an assignment to interview someone he admired.

Of course, he chose his grandpa and sat down across the kitchen table from him, ready to write answers to each question his teacher provided.

What is your biggest regret?

What is the key to a happy marriage?

What should I do to be successful?

His grandfather answered each question without hesitation. As though he already had an answer in mind, before the question was even asked. He was that sort of man. Tough as John Wayne and wise as the father on the Waltons tv show.

“My biggest regret was never learning how to type. If I had, I would have never lost my job as a foreman working on constructing the Hoover Dam.”

The old man easily read his grandson’s face, answering the question before the child fully formulated it in his mind.

“You might think typing is only for women and sissies. That’s the same wrong thinking I had back then, so when the boss asked me if I could type, I told him I could. It was a requirement for the foreman promotion and I figured, “How hard can typing be if women do it?” Well, I lost that job after two weeks. That foreman money would have set me ahead in life by 10 years if I’d have kept the job. So my advice to you, take a typing class first opportunity you get. For one, you’ll never be out a job and two, typing class is full of pretty girls thinking about their future.”

The boy listened more than he wrote. He was only 7 and couldn’t keep up, but his grandfather saw the understanding in his eyes and continued on.

“The key to a happy marriage is having three bank accounts. You don’t have a wife yet. That won't come for a while and you don’t have a bank account but when you do, you’ll find that money problems can break up a good marriage. You don’t want that. So what you do is, you have one bank account that pays all your bills, one bank account for your wife and one for you. That way, the bills are always paid first and you each have your own spending money. No one can say the other person is taking more than their fair share. Does this make sense to you?”

The boy nodded his head silently. It didn’t make sense because he didn’t understand the connection between money, marriage, and arguing but he would remember the words. They sounded important and he knew one day, he wanted to be happy like his grandpa and grandma.

Grady studied the little black book sitting on the attorney’s desk. Memories of the day he’d truly learned the importance of that book still playing out in his mind. It’d been so many years since grandpa passed away. The tractors, land and the harvesting business passed on to his father. Even so, he hoped grandpa left him something overlooked. He wasn’t expecting anything, but he still hoped.

Grady had his own place up the road from the family house. Some land he’d bought through hard work and saving. He fantasized, “Maybe if grandpa left me a little money, I could start raising hogs commercially.” As a boy, he did well at the county fair each year. Through experience and careful record-keeping, knew exactly how much he needed to get started. $20,000 could barely buy a decent used truck, but a little help would mean the world to him.

“A penny saved son, is a penny earned. Success is achieved through organization.”

Grandpa held up his little black book, “How do you stay organized? Get yourself one of these. You can’t possibly remember everything important in your life. You don't have unlimited storage in your head. Sure, there are some people who can. But most can’t. If you try, your mind will become cluttered and a cluttered mind is a sure path to failure. Keep all your important dates, your ideas, successes and failures here. Keep track of every dollar you spend and set up your savings plan for the things you need. All in here. If you do this, your mind will be free to focus on the important things in life like family, your friends, your hopes and your dreams. You won’t be worried about what you’re supposed to be doing, where you’re going or how you’re gonna get there.”

Grady felt nothing but love for that small black notebook on the attorney’s desk. The old man passed away five years after giving him these life lessons. Only a year before he began implementing them in his own life. He felt a sadness weighing on his heart, knowing his grandfather never had the opportunity to see the man he’d become. The man shaped by the old man’s words that day.

His grandfather’s attorney put down the papers he was reviewing and cleared his throat.

“Your 21st birthday yesterday makes you eligible for part of your grandfather’s estate. As you know, he was not one to waste money, so he’s stipulated a few requirements you must meet before I’m able to release the money to you.”

His grandfather’s attorney crossed his arms and leaned forward on the desk.

“Grayson, do you know how to type?”

“Show me.” The attorney turned his laptop around and slid it across the desk to him. “Type the paragraph on this paper here,” and he handed him a paper containing about 50 words. “If you finish in a minute’s time, just start over again at the top.”

“Good. How many bank accounts do you and your wife have?”

“Three sir. One for our bills, one for her and one for me.”

“Alright,” he reached for the little black book and held it up. “Do you have a small black notebook like this?”

Grayson did and he held it up for the attorney to see. The man smiled and told him to open it.

“Have you kept a record of all your appointments? Your important information? Your ideas, your current spending and your future needs?”

“I have sir.” It was as though he was having a conversation with his grandfather and in that moment he missed the old man, more than he had since he passed away.

“Son, show me the page where you’ve written down your needs.”

Tears welled up in Grayson’s eyes. He couldn’t stop them and there was no shame in that. He turned to the page where he’d written down his plans for the hog farm.

There at the bottom of the page, underlined beneath a column of numbers, was a total that read $20,000.

More stories from W.H. Michael and writers in Families and other communities.