The Taste of Love

by E. W. Lynn 10 months ago in values
Report Story 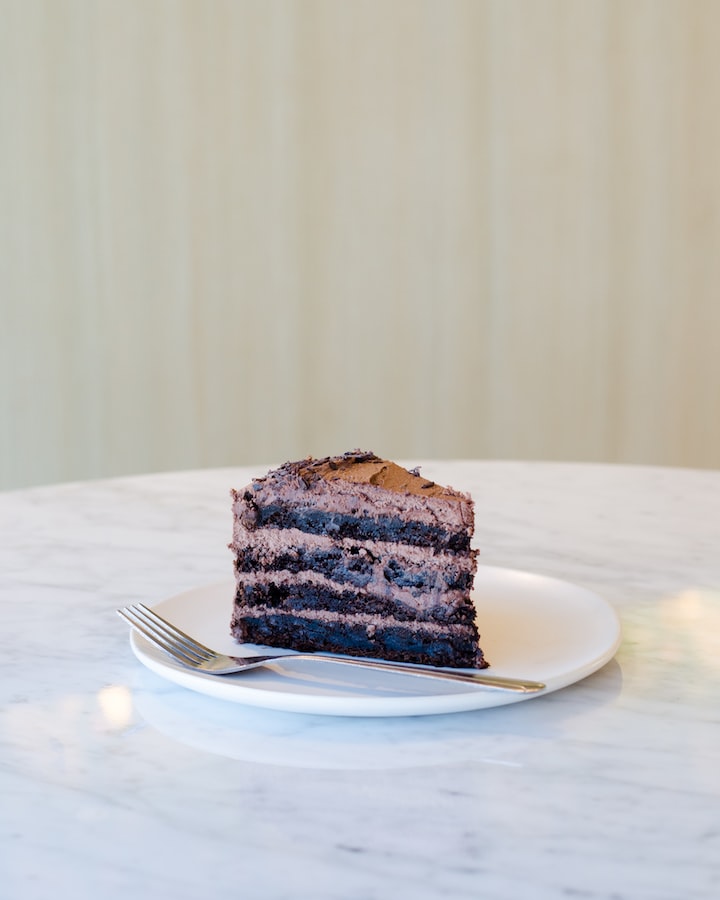 Photo by Will Echols on Unsplash

The weight of her pockets pulled at her shorts. The waistband on one side slid lower and lower as she walked. She hitched her thumbs into the belt loops and pulled her shorts up for what felt like the hundredth time since leaving home. They were frayed along the edges, like most of her other belongings they had once belonged to someone else.

The change beat against her small legs with a gentle jingling sound as she rushed down the street. She rounded a corner and saw the bright display lights through the large windows. She quickened her step; the end was in sight. The large pink awning above the windows was growing larger with each of her steps.

She laid her hand over the bulging pocket as if to ensure all her coins were still in place.

She rushed through the door and was submerged into the sweet smells all around her. The frostings, fudges, candies, all the sweets were filling her nostrils, her mouth began to water. She hurried over to the cake case.

The variety was more than she had ever seen. There was carrot cake and red velvet cake in the front display both with cream cheese frosting. Strawberry cake with buttercream and some kind of cake with coconut on top. Finally, she saw it the chocolate cake with chocolate frosting.

That was it. What she came for. It looked delicious, it was a large slice, the chocolate frosting was smooth and creamy, there was frosting decorations around the bottom of the cake. On the top were little chocolate swirls.

She inched her way to the counter and stood as tall as she could. Her little old sneakers squeaking on the floor as she raised herself up onto her tip toes. She was six, small and skinny for her age. Her eyes barely visible above the counter.

The woman who was working the counter was helping a small family select the flavors of fudges they wanted. She could hear them talk about chocolate, peanut butter, cookies and cream, and butterscotch fudge. She had only tried fudge once at her grandmother’s house, she remembered it being smooth, creamy, and delicious.

Her stomach grumbled with the taste of the memories. The sound alerted the worker that someone else was in the store she looked around, her eyes passing over Charlotte twice before she finally spotted her large green eyes peering over the counter. The woman smiled at her sweetly.

“I’ll be over in a moment sweetie.” The woman called to her.

She looked around the bakery in search of a clock. She knew she did not have much time left. She was just now learning to tell time. She was almost certain she left at 6:15. The clock now indicated it was 6:22. She need to hurry; her palms slipped along the surface of the counter. If her mother notices she has gone she will be in trouble.

She watched as the family checked out with their box of treats.

Again, she self-consciously checked her pocket for her money. She had emptied the small shoebox under her bed into her shorts pocket before she snuck out. Her father was a blue-collar worker and was often exhausted when he got home from work. He always did what he could to spend time with Charlotte and Everett, her brother, but she knew he was always tired.

She smiled to herself as she thought of the times her father would come home and offer her the change leftover from the week. All had been stashed in the small box under her bed, which was now weighing her down, along with her nerves.

She needed to get that chocolate cake.

Her calves were beginning to burn under the stress of keeping herself up on her toes. The woman was finally coming over to assist her.

“Can I have that last slice of chocolate cake?” Charlotte asked, quickly adding a please to her question. Her mother would not have been impressed to know she had almost forgotten her manners. That was a necessity in their home. She never got what she was asking for without a please or thank you.

She crouched down to watch as the woman slid the silver spatula under the doily the cake was resting on. The motions to move the cake to the small plastic container were smooth and effortless. Charlotte watched with nervous anticipation.

She wanted this slice of cake to remain perfect.

She needed it to remain perfect.

The plastic lid was closed with a click. The woman moved over to the cash register. Now was when Charlotte got really nervous. The change in her pocket suddenly felt light. She feared she did not have enough money. What would she do?

“That will be $2.56 sweetie.” The woman said lowering herself to be closer to Charlotte’s eye level.

“Ok.” Charlotte replied as she began removing the first handful of coins onto the counter. She should have counted it when she emptied the box, she thought to herself. She had no idea how much money she had. There were more pennies than she remembered.

The second small fistful she placed on the counter proved to be the same way, only a couple silver coins. She smiled up at the woman nervously.

The only had a few coins left, she felt the tears stinging the edges of her large eyes. This was it.

When dropping the last few coins on the counter her heart skipped a beat, she recognized three quarters.

The woman began to group the coins together to make the counting easier. It was unmistakable. She was still short ten cents.

Hurriedly stuffing her hands back into her pocket, she began searching the lowest depths of her pocket, there must be more.

She had a sinking feeling in the pit of her stomach. This was all for nothing. She only needed ten more lousy pennies, she thought to herself. The tears that had been threatening to let loose slid from the corner of her eyes.

“Why do you want this cake so badly?”

“My… My mommy and d-daddy got married t-ten years ago.” She stammered while wiping away the tears on her cheeks. “T-they wanted-d to go out to a f-fancy dinner. Mommy wanted t-the chocolate c-cake.” She cried no longer able to hold back her tears.

“Daddy had to b-buy something for the c-car so he could go to w-work. Now he can’t take m-mommy to get her special cake.”

“Ahh” The woman sighed “I see.” Without another word the woman started to pull the remaining balance out of her own tip jar. Charlotte watched her with her sweet green eyes swimming with tears.

The woman placed the last of the ten cents she needed on the counter and winked at her.

“Oh! Thank you.” Charlotte hiccupped as the woman handed her the small plastic container with the one perfect slice of cake.

“You’re welcome sweetie. Now be safe getting home.” Charlotte did not see the woman’s smile as she held the cake in both hands and she made her way out the door.

She knew time was not on her side. Walking as quickly as she dared, she felt like she could fly. She did it.

She rounded the last corner and could see her family’s small house nestled back by the tree line.

“Charlotte, where are you?” She heard her father call.

She felt the blood drain from her face. “I’m right here Daddy.” She called back. She hastened her steps a little more.

Her mother burst through the front door with her brother in just his diaper in her arms. The look on her mother’s face broke her heart. She could see the worry she had caused her mother; she had only wanted to do something good for her parents. Had she done the wrong thing?

“Oh, thank goodness you’re alright.” Her mother’s arms were wrapped around her before she even realized her mother was that close. “Don’t you ever do that to me again.” She said sternly.

“I’m sorry mama.” Charlotte said holding the cake for her mother to take when she released her from the hug. “I wanted you to have that cake you talked about. I heard you and daddy talk about not being able to go to that fancy restaurant anymore.” She smiled sheepishly.

Looking down the cake still looked perfect. The chocolate frosting was right where it was supposed to be, and the chocolate cake was still in the center of the doily, the chocolate swirls were still all along the top.

“How did you get that?” Her father asked.

“I saved all the money you gave me, daddy.” She smiled proudly now.

“Did you now?” he asked scooping her up into his arms. “That cake looks perfect. Don’t you think so mama?”

Her mother paused for a moment not sure if she should complement her daughter after she had almost scared the life out of her. When she looked at her daughter with her head sucked under her father’s chin as he carried her back to the house, she could not be angry with Charlotte.

“It does look perfect. I think I’m going to need some help to eat it. I don’t think I have ever seen such a large slice of cake or such a yummy looking one.” She said with a wink to her daughter.

I love to read and am now beginning to enjoy writing. I am excited for this journey.

More stories from E. W. Lynn and writers in Families and other communities.