by Fran Vedovelli 4 months ago in siblings 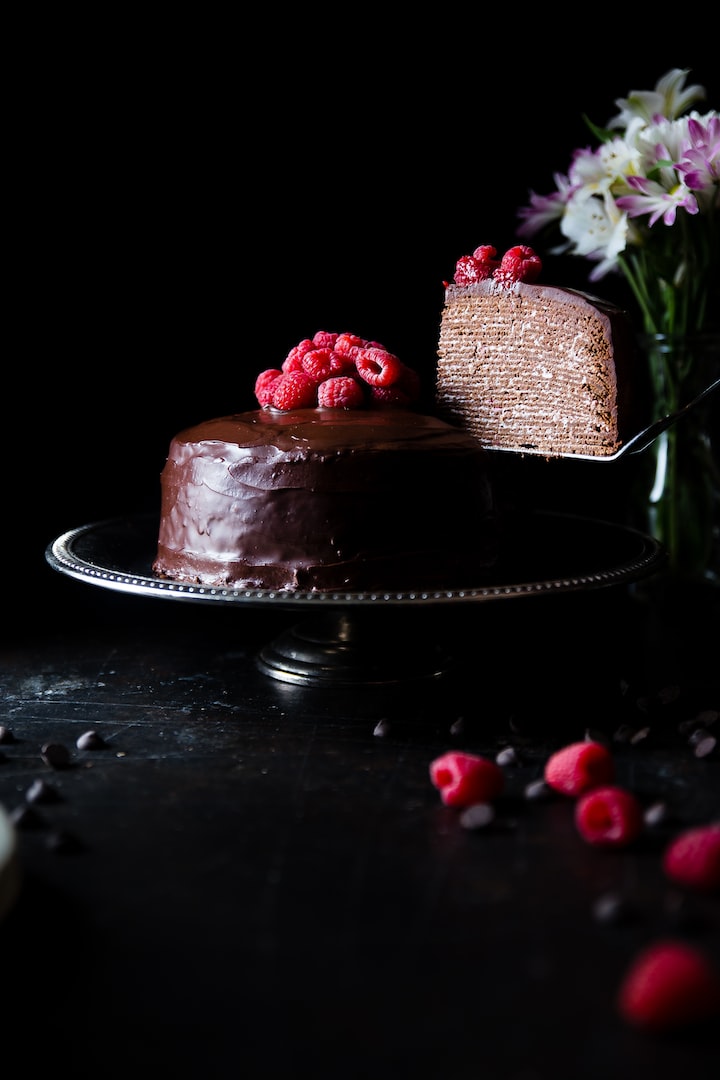 Photo by Taylor Kiser on Unsplash

I grew up in a family of eight children and the traditional birthday cake was always a rich chocolatey affair, aptly named the devil’s food cake. I think my mother originally found the recipe on a can of carnation milk, but over the years I recall sour cream was substituted with a better result. Melting chocolate was not used in the recipe,but good quality cocoa powder. The secret appeared to be mixing the batter until the cocoa released a glossy lustre magic. Once cooked and cooled, sliced in half and embellished with cream and berries then iced. Mostly two cakes were used to create a four layered torte. So you can imagine, with that many birthdays it was a pretty regular event, usually held on the nearest Saturday night to the birthday, yet we never tired of it.

This leads to the real story, of the last slice of chocolate cake! As you know cake is very rarely polished off in one sitting, but in our large family it would be a fairly small section left, which was covered in the obligatory yet superfluous glad wrap and put in the fridge.

As little ones we never dared invade the fridge, bit of course as teenagers we took is as a god given right. For being a Saturday the four eldest would go out, in our separate ways, not together of course and return home at staggered times, and in varied states, but whatever and whenever we would generally indulge ourselves with some sort of fridge snack. One sister was in the habit of making a cheese sandwich that resembled a door stop. We always knew because she could never cut the bread straight. Sliced so thick and angled at one end. It resembled more of a door wedge. I digress, back to the chocolate cake.

Obviously whomever passed the fridge would calve off a sliver of chocolate cake. Most of the time the knife would be left on the plate, probably by the first culprit, and probably not out of consideration for the next but most likely for their own convenience, as they knew they would be back for another tiny bit. The thing is, as the piece of chocolate cake becomes smaller, so do the takings. Each person carefully carving, so as to only take a morsel that would be barely noticeable, to the naked eye. It was only to the very end that this process that the situation became more poignant, more drawn out. To the point, without fail there would be the smallest mouthful left soulfully on the large plate. The scornful weapon of distruction lying beside it-smeared with cream , berries and chocolate and now forlornly useless

This game went on religiously, month after birthday month, nothing was ever resolved. There were accusations for the person who came home last only to claim they never even opened the fridge. Then all would try to track times of returning revelers , which was absolutely pointless as most could somehow not recall the exact time of arrival home. Then of course there was the fallback position, it could have been the younger ones, sneaking into it on their way to the bathroom or to get a glass of water…or so they say. Needless to say denials abounded I think think is a universal game and have seen it played out in kitchens all across Australia.

Is it that no one wants the sole responsibility or dare I say guilt, of taking the last piece? I’ve often wondered if it is as banal as not one person willing to remove the plate and wash it up ?

Somehow I think it is the later reason, and it occurs to me there is an obvious truth. That there is actually no such thing as the last slice. It simply does not exist, it never did.

Well not in my experience nor the memory of anyone I have ever met. The last slice of chocolate cake is in fact a complete and unutterable myth. Clearly, there is no such thing!