The Best time to Join the Resistance

by Sophie Clark 26 days ago in travel 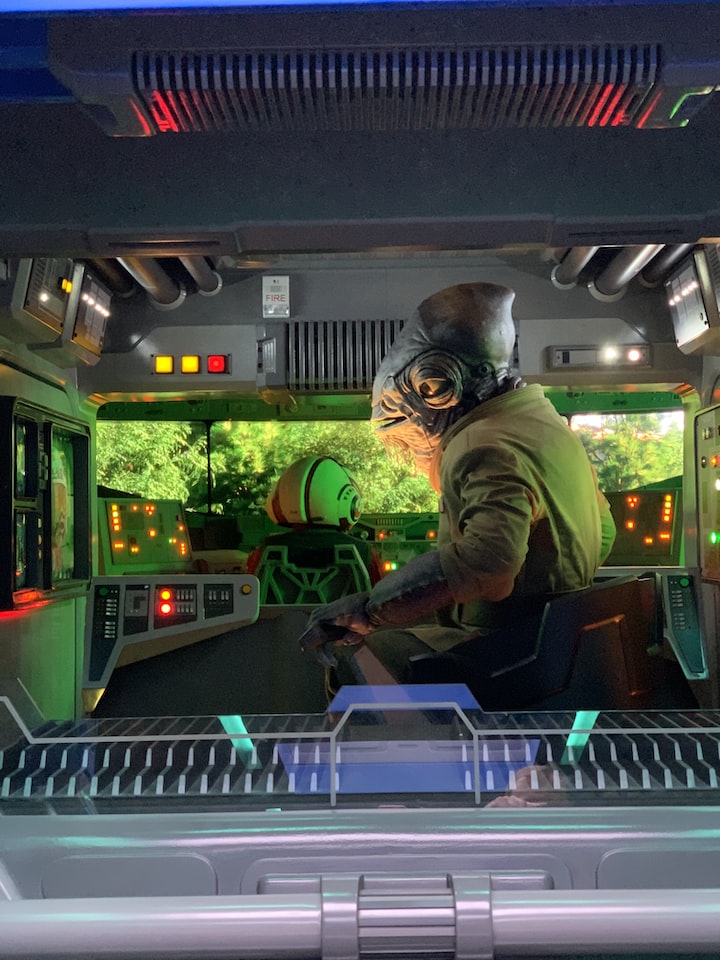 Photo by Becky Fantham on Unsplash

I'm not a Star Wars person, but I've been on Rise of the Resistance half a dozen times. The shiniest (if not quite newest) of Disney's rides is packed full of impressive effects and the mere scale of the experience is enough to make it worth a ride or two to even the the most apathetic of Star Wars viewers. And, I'll admit, there was a sort of thrill to the exclusivity of the the whole thing-- I was one of the lucky few who scored a Boarding Group that day, and it was only fair that I take advantage of it.

And for the almost two years that this ride has been open, lucky has been exactly what you needed to be. Sure, there was some strategy to securing a spot in the virtual queue, and some skill in how fast you could reload the app, but at the end of the day everyone was at the mercy of their phone service, Disney's servers and the speed of the people around them. With boarding groups gone in mere seconds, a tiny hiccup in the plan could leave you with nothing but disappointment-- as an annual passholder, I have always been perfectly up to date on the process and the best strategies and still I more than once came up short in the whole process.

Change after change has bombarded the Boarding Groups system, but a week or so ago Disney released the biggest change yet-- it was going away.

Never in the history of this ride has there been a standby queue, and the sudden reality of it was worth some speculation. Why now, with the 50th anniversary promising huge crowds in the next couple of weeks? How high would the waits go, and would it even be worth the time you would have to spend to get on it? Would this be more or less fair than how we had been doing this before, and how would it change sales of the new premium Lightning Lane that's sure to release soon?

Everyone had an idea of how things would go, but today everything was put to the real test-- the standby line opened and everyone held their breath.

It's been pretty anti-climactic to be honest.

As I write this, the posted wait time is less than an hour, and even when I checked it in the early afternoon, the wait time was only 75 minutes. Where were the crazed hordes that made boarding groups impossible to get? Where were the ten hour waits that Universal saw when Hagrid's Motorbike Adventure opened? This ride has a reputation to proceed it, and yet its wait time was no higher than Jungle Cruise this afternoon.

There are a million factors at play here, including of course the lack of Fastpass (or Lightning Lane) options for the ride. In a few weeks (months?) when an optional upcharge adds a second line to merge with the first, the wait time will undoubtedly spike. I'm guessing the average wait will settle into something resembling Flight of Passage's first couple of years, but that'll wait to be seen.

Until then, though, the ride is perfectly doable. No longer does it mean an early wake up call and a desperate reload of the phone for a mere chance at getting on. Nor does it currently require half your park day to get done. For little more than the time it would take to ride Slinky Dog Dash, you can experience the ride that experts have theorized and strategized about for two years (how many phones should be reloading? should you use the wifi or your own data? does opening an international standard clock give you a better chance at reloading at the perfect moment, or should you just constantly refresh the phone?). It's not exactly walk up and ride, but it's not unachievable either.

Changes have come fast and unexpected at Disney lately, so don't wait-- take advantage of this transitional quirk while you can. Now may be the best time in years to join the Resistance.

Receive stories by Sophie Clark in your feed
Sophie Clark
Read next: How to Make Time To Write When You have Young Kids