by E.L. Martin 19 days ago in children 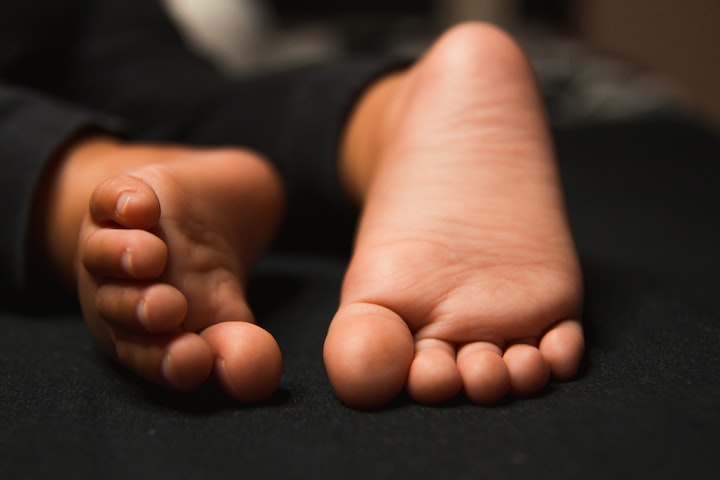 Photo by Igordoon Primus on Unsplash

I was one of those mothers that constantly felt overwhelmed by societal recommendations for child care and wellness. I wanted to do everything right for my son from the time I found out I was pregnant. I avoided unhealthy foods at all costs; even those deli meat sandwiches I would have so loved to enjoy. I ate oatmeal, nuts, fresh fruits, vegetables, etc. instead. I held steadfast to my daily exercise routine, and incorporated more pregnancy friendly exercises. I signed up for newsletters from various child wellness sites, and began reading “What to Expect When You’re Expecting.”

While eating right and exercising were incredibly beneficial things, the extremes I adhered to and the mindset I held were not. You might say I was a bit perfectionistic. Reading many articles and various prenatal books on a regular basis only added to my neurosis. Many of these resources glossed over big topics as if they were no big deal and focused on sentimentality and subjective feelings, which made it seem candy-coated to me at best. Further, I felt abnormal for desiring more detailed, tangible, answers or for not feeling the way that those resources claimed I should feel. I didn’t know what to think about life after my son was born, and unlike my friends I wasn’t rushing delivery. I knew my son was strong and healthy inside my womb; his incessant kicks and flips told me as much. I was reassured that at this stage I was doing what I could properly, while the rest remained unknown and scary to me.

I had taken prenatal classes and breastfeeding classes preemptively. I was hoping this would offset some of my apprehensions. The idea of breastfeeding daunted me. The class educators made it seem so simple, but I wasn’t so sure. My concerns would come into greater focus after my son was born. I felt like a failure after my breasts were so badly injured I had to use a breast pump and give my son milk in a bottle within the first week.

Bottle feeding at such an early stage was something my instructors had strictly prohibited, and I remember how tearful and distraught I was at the time. My body hurt, my breasts hurt, and my son wanted to nurse every hour for nearly an hour. It was miserable. I was mentally, physically, and emotionally drained and exhausted. Thankfully my husband reassured me that the important thing was that our son was being fed, and informed me that I didn’t need to be as hard on myself for not strictly adhering to the advice the instructors gave us; our health was more important than their advice. I learned that recovery was important for my body and for our family, and that substituting a bottle of pumped milk on occasion wasn’t such a bad idea after all. In fact, it provided some relief. Eventually my son latched properly, but that didn’t mean the challenge was over; teething, growing pains, sickness, and new-found skills like biting still complicated nursing on occasion. Still, I pressed on until he was finally weaned a week after his second birthday. I wondered if my breasts would ever be right again after that entire trauma, but even though it has taken several months they surprisingly are now.

The breastfeeding saga and struggles were when I realized I had conflicts with certain child wellness resource recommendations for the first time. I strived so hard to adhere to the “instruction manual” that I didn’t truly consider that I might not agree with everything. Following something so zealously didn’t make my life or my child’s any better.

After this revelation, you would have thought I would be more flexible and less neurotic about the whole parenting subject, but even in late 2021 I was still trying to strictly adhere to those same standards just in different areas.

A few months before the year’s end, I was confronted with a harsh reality; my son’s bedtime extensions were impacting our health; my husband’s, mine, and his. We were always irritable, and my son was even having more temper tantrums. I knew how much sleep the resources I still subscribed to recommended, but it overwhelmed me because my child wasn’t following that course. His naps were irregular and despite him sleeping through the night, he often delayed bedtime and awoke at early morning hours. Tantrums happened with mention of nap or bedtime, which is generally fairly common with toddlers. I knew based on what I read that part of it could be a manipulation tactic to keep playing. However, I also worried that he was feeling insecure, scared, or that he was having nightmares. Those reasons were also listed in my parenting resources. I was never one to believe in the “cry it out” method. The idea of my toddler crying himself to sleep made me worry that if he wasn’t having nightmares already he might start, and I was concerned about his emotional needs.

We already had a nightly routine.

The Routine Before the Renovation:

We would often get to the end of reading the third book, and the tantrum would ensue. At times, I caved and read him another book. In fact, that was probably part of how we wound up reading three books each night in the first place. Even though we had a routine and stuck to all of those activities, it seemed the last one continued to be a reflection of failed parenting. I lacked resolve where my son had it in spades.

Potential Causes and Solutions: A Few Things I Tried

While some of these things helped a little, none of them were the root cause of our problems and none of them corrected our sleep issue long-term.

I have always believed that you can’t control another human being. If I could have made my toddler fall asleep, I would have, but I knew I couldn’t. If I had that ability, I would have been able to rest while my son pretended to be an MMA fighter inside my womb, my husband’s night shift days would have been easier, and we would have had a baby that slept far longer than he did from the beginning. In other words, we wouldn’t have been in this situation in the first place!

After exhausting several options and avenues in addition to the ones listed above, my husband and I had a confrontation about what needed done for this situation. My husband was fed up, and rightly so. I had originally set a schedule where our son must be asleep by 9p.m., however at times; he was able to extend it to 10p.m. or on rare occasions even 11p.m. I was horrified that my toddler who clearly needed sleep was going to bed so late. Then, it hit me.

The Real Problem and Solution:

I had made the error of setting my toddler’s schedule on a dependent variable; when he fell asleep.

I cannot control what time my toddler decides to go to sleep. I can control what time we put him in his bed and start our wind down routine. It seemed so clear and obvious now what the solution should be. Our new bedtime goal was that our son needed to be in bed by 8:30p.m. The key words in that phrase are “in bed.”

Upon realizing this, I felt immediate relief and strengthened resolve. We devised a new plan and established a new routine.

To make the transition easier, I offered to sing our son a song once he is in bed. Daddy comes in to pray with him. He gets hugs, kisses, cuddles, and a stuffed animal while we tuck him in and say our goodnights for the evening. I expected larger tantrums and more fighting the first night we tried this, but while he whimpered a few times, he soon quieted down and went right to sleep. Some nights he talks to himself until about 9p.m. before falling asleep; we aren't going to change that. Knowing that we are preparing him for rest and providing him a safe and comfortable place to sleep, however, has provided us so much stress relief and reassurance. We know we can control those aspects of his nightly routine, and the rest we don't worry about as much. By not worrying about when he actually falls asleep, we're finding that he now falls asleep of his own accord when he is ready: no colossal tantrums necessary. Plus, we are getting more sleep too!

I've stopped worrying as much about what my parenting forums and research say. Perhaps, if I hadn't looked into so much or worried about so many things we would have come up with our solution a long time ago. Maybe by letting the pressure get to me, it got to my son as well. In truth, the real advice is simple: control the things you can, and don't worry about the rest. Provide the best you can as parents; a healthy, stable, environment with some limited structure. Your child will figure out the variable factor: that is the factor they control, not us. Awareness of this fact will bring you more peace, and hopefully more rest!

It has been a couple months since we made those small tweaks to our son's bedtime routine. After a check-up to the pediatrician I am shocked and incredibly happy to hear "Good job, Mama. Keep up the good work. He is a very healthy boy. Whatever you are doing, keep doing it."

2022 will have its learning experiences, of that I have no doubt, but one thing is for certain: this mother's mindset is evolving; gaining confidence, rest, and peace all the while. I'm not striving to follow a manual that was not built for my child or myself; we'll be writing the pages to our own instead. Perhaps, we'll find simpler and more effective solutions to our own problems and grow together along the way. I'm looking forward to life's journey with you; a journey that has no manual or guide, and I'm glad I don't know what is in store.

Read next: Being a Parent to a *practically* Non-Verbal Child