by PK Brannon about a year ago in grandparents
Report Story

A grandfather's legacy of love 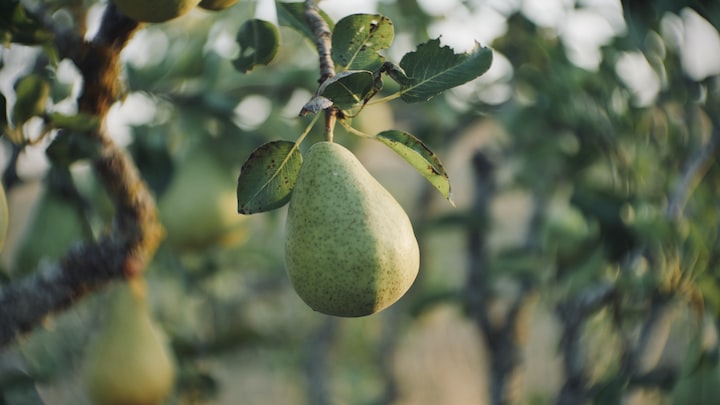 Photo by Félix Girault on Unsplash

My grandfather passed away five years ago today. He was my best friend when I was little, and I was his when he grew older. I missed him so much.

As I raked the last of the grass clippings into the pile and bagged them all up, I stood back and looked up at the pear tree, I think it was going to make it after all. When we first transplanted it from Grandpa's house we weren't sure. That first year was touch and go...it withered and the leaves fell off; the tree seemed sad. But we nurtured it, even called in a tree doctor who said it was stressed from the move (if it can be feel stress, then it could be sad too, right?). Finally, around Christmas, I wrapped every single branch in lights as Grandpa had painstakingly done every year, and placed the partridge Grandma had made so many years ago affixed to the top just as they had. And that seemed to make the tree, well...happy. The next year it was bearing fruit again.

When Grandpa was in the army he started a tradition of sending Grandma and my mom gifts for each of the 12 days of Christmas while he was away. They didn't have much money in those days so they were small gifts- sometimes handmade. My mom would get a tin of pear flavored hard candies and Grandma would get a hand drawn picture of a partridge, and so on for each of the 12 days. Grandma framed that first partridge and it is what she eventually used as a model for her handsewn partridge that sat atop the tree outside. They were both sentimental and very much in love. The perfect little family.

When he came home from the army , Grandpa got a job at the Hobart plant, worked hard over the years and became a foreman, making enough to support his expanding family of three girls and a boy. After everyone was grown and on their own, Grandpa retired and they decided to move into a smaller place in a community of senior citizens. Having kept up his twelve days of Christmas tradition for all of those years, he was finally going to purchase Grandma an actual pear tree as promised long ago. He had read up on the care and feeding and knew he had to have two of them if he wanted it to bear fruit.

Grandpa cared for the trees like you would a child, keeping it warm as a sapling when the weather got a little too cold at times. Taking care to raise it exactly as he read to do. Finally after 4 years, it flowered and then....a pear. You would think it was a baby the way he carried on! By this time I was on the scene and he taught me all he knew and we danced around the tree when we saw the fruit. It was as if ours was the only pear tree in the world with fruit. Which wasn't true of course, but it was a perfect little pear tree.

That next Christmas he came up with the brilliant idea to decorate just one tree and put a partridge in it. At first there were no lights on the branches, just a floodlight illuminating it in a very artsy sort of way, creating shadows that seemed to dance around it just as we had on that first fruit day.

And that was it. That was the whole decoration for Christmas. The tree, a partridge and the floodlight. And at that point the partridge was hung inside the tree (...partridge IN a pear tree), and if Grandma hadn't made it red- you would never have seen it at all. It actually just looked like a cardinal was roosting there warming himself on the weird artsy light.

Well, the neighbors had a heyday! They already gave him a hard time because he was so picky about it's care, when they found out THIS was his idea of a Christmas decoration, well- they are still laughing at those stories. Being the sentimental kind of guy he was, grandpa got his feelings hurt pretty easy ... and his stubborn streak allowed a little bit of a chip on his shoulder to fester and grow. But after the season was over, everyone moved on and only mentioned it now and then or with an occasional prank. Like the time his next door neighbor put a faux nest in the tree filled it with pears and put a cutout bird on top of it. Or when old George down the street got everyone to walk around the next Halloween holding flashlights under their chins and a bird stitched to their hats as they rang grandpa's door for trick or treat. Even Grandpa cracked up over that one! He didn't want to, he wanted to be mad-but grandma stifled a laugh standing next to him and he just started laughing and didn't stop for a full three minutes- the chip finally off his shoulder and released all the pent up silly resentment he had been trying to grow. The guys sat around that night, bear cans in hand and talked till the wee hours. It was good to see him with his buddies again.

My grandma became sick not long after, it was cancer and a later stage so by Christmas season she was close to the end. My grandpa stayed by her side day and night and wouldn't go out to dress the pear tree. So his buddies did. One of them got the idea to string the branches and it took such a long time, I know because he let me help. Then they placed the partridge on top and it really was beautiful this way. But old George said something was missing, but he had an idea. We all huddled like we were playing football and George laid out the plan. The next night they all came up to the door, it was Christmas eve and they had a horse drawn carriage outside with blankets awaiting grandma and grandpa. Grandpa protested, but Grandma insisted she was up for it and wouldn't miss their dear friends surprise. They carried her to the carriage and Grandpa followed led by two neighbors as they insisted he keep his eyes closed.

My mom, me and my aunts and cousins who had come to spend what we knew would be the last Christmas with Grandma and we were placed a bit up the street to wait for their presentation. The horse began a slow trot and the lights came on the pear tree- the limbs looking like someone outlined them with a light open. Grandma gasped and Grandpa pretended to have something in his eye. Then you began to hear the voices of the neighbors as they rallied around the carriage and sang the twelve days of Christmas in their off key , forgetting the lyrics voices that sounded perfect to us. As the carriage moved down their small street, each of the twelve houses lit up showing two turtle doves, three French hens etc., all the way down the line.

It was magical and amazing. We all had something in our eyes. Best Christmas ever!

The tradition continued each year even though Grandma was gone. Each neighbor trying to outdo the other with their creativity and inventive way of displaying their given lyrics- cause well, boys will be boys after all. It kept Grandpa solidly in the love of friends for the rest of his years. And I will always be grateful to them.

And now I need to go to my neighbors and tell them about this pear tree tradition as there happens to be exactly twelve houses on my side of the street.

More stories from PK Brannon and writers in Families and other communities.