by Lexie Robbins 6 months ago in fact or fiction 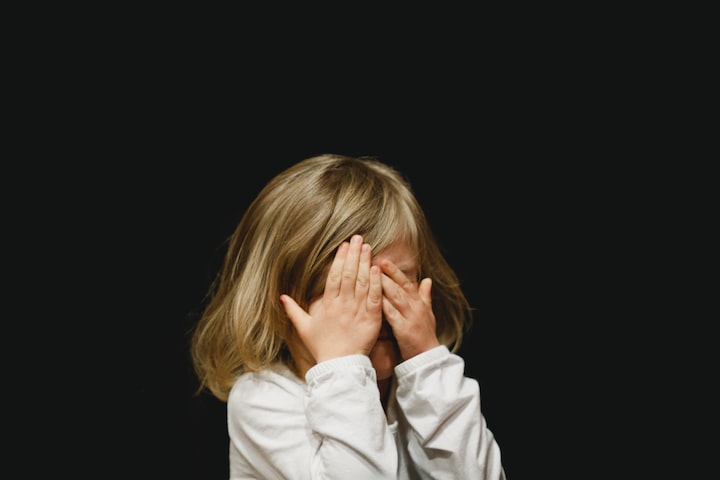 Besides my mother, my favorite thing in the whole entire world was storytime.

I didn’t care if it was at school, the locker rooms at the Y, overheard on the city bus—a story was a story, and I craved that action-packed word-porridge of plot and characters and decisions and twist and turns—oh my.

You could find a story anywhere and each time I found one, it was “storytime.”

I’d saddle up, cross my little legs, and get ready to ride into the wild frontier of worldly epics and sagas and adventures that mystified me.

Sometimes, when I was alone, I made my own sort of “storytime.” I’d sit down in a quiet room or a corner and I’d start to retell myself stories about my day, my week—something mean someone said to me, something that made me laugh.

It’s like I always had to retell the events to some part of myself that hadn’t experienced them before. It’s like there was another part that hadn’t been there that day, that week, that moment. I wanted to keep it up to date so it’d know.

It’d know what Lisa said about me on the playground when I couldn’t keep up in a game of tag.

It’d know that milk came out my nose when Mom had to run after a pair of her underpants that went flying off the clothesline.

It’d know that somedays I had no one to tell about the undying fear I had of cabinet doors slamming on my fingers when I was trying to sneak a bowl of cereal after mom fell asleep.

Or my fear of something slipping its way through the shower curtain.

It knew that some days were difficult because I felt silly about wearing the same pair of pants several days in a row because the grass stains were building up and so was the lingering suspicion that we were about to get ousted.

You see, my mom was great at a lot of things, but keeping a job and putting anything that may pass for food on our non-existent dinner table was certainly not one of them.

I’d teeter into a living room cloaked with the dense air of just-past-midnight (“what are you still doing up?”) and I’d hear her signature stifled sobs that she usually let escape through the cross-stitched pillow on her favorite armchair. This pillow had seen a lot of years and a lot of tears if you know what I mean.

And I didn’t need an explanation. It wasn’t a surprise. I’d totter off into the kitchen, not sure if she saw me or not, but too disappointed to care. As I quietly dragged the step-stool over toward the edge of the counter, (because manners always reigned supreme in this crumbling household) I felt her walk into the room. I knew her arms were crossed without even looking. Sometimes gestures like “crossed arms” and “rolled eyes” make all the noise in the world.

“What are you doing up, baby?”

What does it matter? I’m seven-years-old and I’ve lived in nine different apartments in six different towns in four different states. Don’t give me that, “What are you doing up?” nonsense, woman.

But of course, I don’t say that. Not even close—more like a complete one-eighty. My chin juts into my chest and my bottom lip starts to poof out and all of a sudden these big girl panties are feeling much looser than they used to.

I cry for what feels like hours, days, months, years—all measurements of time rolled into one fat blob of never-ending distaste for what this young life had spiraled into.

(In case you’re wondering, my knack for audacious hyperbole was buried deep inside the essence of my soul when I was a mere fetus. True story.)

I remember it took an alarming amount of time for my red-eyed mother to come bearing down in her ragged muumuu and sweep me off my miserable feet and that’s when I knew this was different.

Somehow, this tearful news might just be worse than my piss-poor imagination could have imagined.

Just when you think it’s bad, boy o’ boy, you don’t even know the half of it.

Mama, after what feels like a gazillion light years, leans down and wipes my steamy tears with the hem of her muumuu.

(She worked at the diner out on 64th and Cherry. A whole two months!)

“Baby, I got some bad news today—”

“You see, your mama isn’t doing too hot right now, and some people don’t think so either and they’re not sure that...that this is a good environment for you. They’re worried about you, well, and me. Does that make sense?”

“Who? We don’t know anyone else—I’m fine! I crushed my spelling test today, just like I told you I would! Here, I’ll go grab it, Mr. Dean drew a smiley face on it and everything and—”

I run to grab the sheet of paper, but Momma’s hand reaches out quicker than a crocodile leaps on an unsuspecting wildebeest. She snatches my arm mid-pride-stride.

“Ollie, baby, listen. I am so proud of you, and this hasn’t got anything to do with you. Please, just know that, okay?”

“Mama—I wanted to show you Mr. Dean’s—it’ll make you happy, I promise! Just let me—”

“Ollie, they’re taking you away from me. I can’t be your mama right now.”

How's that for a curveball?

If you enjoyed this short story, please consider leaving a small tip, a little "like," following me on Instagram (@thewritlass), and/or checking out my other pieces. I personally recommend the piece that started it all: Goodbye, C.

Thank you so much for stopping by and supporting small writers like me. It means more than you'll ever know.

My name is Lexie and I'm a professional writer and digital marketer from the great Rocky Mountains. Currently daydreaming of warm summer days, David Bowie's resurrection, and moving to an abandoned castle in Scotland.

Receive stories by Lexie Robbins in your feed
Lexie Robbins
Read next: Understanding the Effects of Addiction on the Family