by Cathy Deslippe 8 months ago in children
Report Story

"That Way You Don't Get Into Trouble 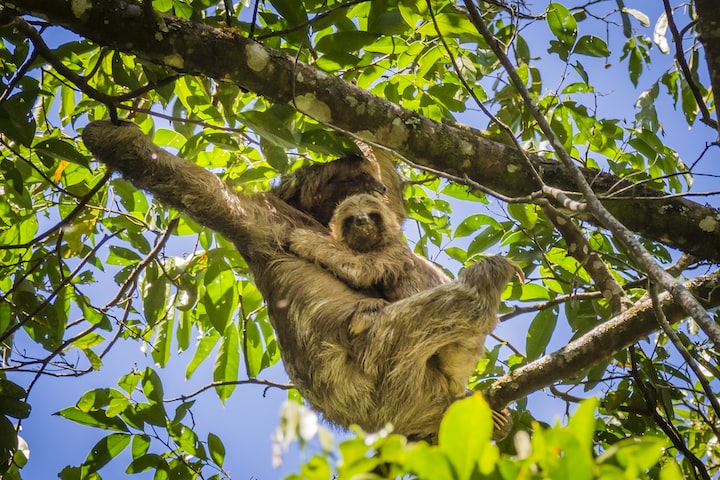 I did not have to go far to find friends. My sisters were my friends, my partners in crime and yet they would tattle on me.

The things I use to get my youongest sister into, to this day we can chuckle about it. Yet back then I was scared and well I made up stories to try to not be punished and put on the time out.

I found it very easy to do things on my own, not thinking anyone would notice. At Christmas my dad would receive wonderful gifts from all of his customers. He would put them in a big box and on the eve of Christmas he would open them all.

I snift out chocolate like you would not believe. I would unwrap mainly turtles and sit in the closet and eat them all. No care or worry at all, just pure enjoyment. I ate every turtle in the big box, its a wonder I was not sick to my stomach. I guess I was lucky or silly.

On the eve of Christmas my dad would open his gifts, always saying how kind his customers were. It was funny when I look back, he would open the turtle boxes and look straight at me, of course I was smiling. Oh those sweet customers.

I think it was because it was the eve of Christmas, but I did not get into trouble. Lucky, hehe.

Not Invisable This Time

My sister and I really wanted Teary Deary Dolls, two different types. We had money saved up, so mom would take us to Canadian Tire to the toy shop. I told my sister which one to buy me so she told me which one she would like.

Well neither of us knew what the other bought, when I asked her she only smiled at me. It was driving me crazy.

Here we go again, on the eve of Christmas I climbed under the tree. Unwrapped my gift from my sister, I was so excited she bought me my dream doll. Trying not to get caught I wrapped it all back up and the tree fell down on me.

You could hear my mom. CATHY what are you doing under there?

I brushed myself off and said to her, I lost my ball and thought it was under the tree.

Well the tree started to get hung up every year and now that I am older, I feel rather foolish.

Our family always had dinner at the table. Mom was such an amazing cook and my dad too. One evening we had stew with lots of dumblings on top.

Those dumblings were so amazing

I cannot stop laughing when I think back to this day.

A knock came to the door. My parents had to go. My eldest sister was pretty quick, took all of the dumblings and rolled white bread and put it on top of the stew, even poured a bit of gravy over it.

We were all excited as she divided the dumblings between the three of us, such darling daughters. It gets better, mom started to give dad his portion with lots of dumblings (so he thought), herself and of course each one of us.

All three sisters could not even look at each other.

Dad was really enjoying his dinner, he told my mom the meal was amazing and the dumblings were the best.

Mom said maybe they were in the pot too long, she felt they were overcooked.

That was the moment all three of us, wonderful daughters just broke out laughing and laughing.

We did dishes that night and we could not go to the park. It was all worth it, one of the best memories ever.

Getting Into Trouuble All By Myself

I never could cook, but one day I thought I could, make really good peanut butter cookies.

I came up with a great recipe all on my own, a bit of this and that and in the oven they went. (whole jar of peanut butter)

Well they did not look like cookies, the taste was even worse. I did not want anybody to know I even did this. So after they or whatever it was cooled down, I hid them in a cupboard in the kitchen.

It went on for quite a long time. Everyone kept saying there was a awful smell in the kitchen, where is it coming from.

Mom started her Fall Cleaning, she had washed down all of the cupboards. Guess what she found? A rusty pan with a whole lot of green mould.

They knew it was me and for quite some time I was teased and it was always about ,Cathy And Her Favourite Cookies.

When your grandfather and many uncles and cousins work the railway. Well you do not do what I did, or my friends.

When the trains were all parked (in the junction) where I lived. We use to jump from one train to the other (dangerous) but fun. Well until one day.

The head of the Canadian Railway came by and you have to give them your name and phone number. I could have given the wrong number and a different name, I admit it,I thought about it.

Yet by being honest, I was given a warning and told if I ever did it again, the police would be coming.

I think we all ran home so fast that night and never did we talk about it again.

Well until I wrote this story. Or my grandfather and uncles told my dad.

I truly did stay away from the trains thou. I was running scared.

A published author at 7 years of age. International writer with other authors, wrote together, all royalties went to Cancer patients with no insurance for treatment. Every day I challenge myself to learn something new.,

More stories from Cathy Deslippe and writers in Families and other communities.