by Lionel Speaks 2 years ago in art
Report Story 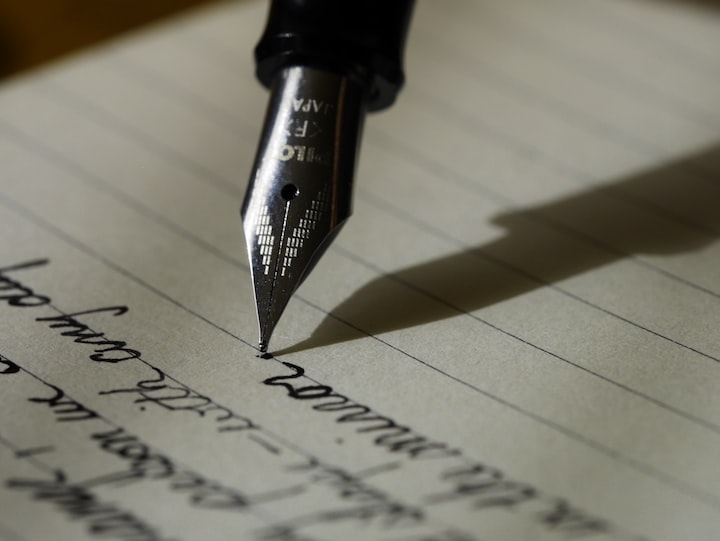 Makai: Last Thursday started off just like any other Thursday during my junior year of high school did. My mom banging on my door for me to wake up, me pulling the covers over my head struggling to get a few more minutes of sleep. Which never seems to work. But anyway, once I finally make it downstairs I walk into the kitchen to my usual breakfast of mom's french toast and dad's bad jokes. I swear he must think he's the funniest person on Earth, in my opinion he's good but he's no Kevin Hart. So as I sat there listening to the same jokes he tells day after day and pretend to laugh at them like I'd never heard them before. I noticed something was different....mom wasn't laughing like usually does. She was kind of spaced out, as if something else was occupying her mind. She'd always described herself as dreamer, so I'd taken her silence as her daydreaming about her new sewing machine that was set to come in in a few days. And when she gets in those moods, the last thing you'd want to do is disturb her. I remember one time when I was a kid, she was just sitting and thinking and I busted in the room with what I thought was something urgent. As it turns out, she didn't think so and shooed me away as if I was a fly that kept buzzing by her head. So when I saw her drift away at the kitchen table I left her alone. By the time dad and I came to a pause in our laughter I looked at the clock and it was time for me to finish getting myself ready to catch the bus. As I approached the stairs I overheard my dad ask mom what was wrong. Her reply was faint but it was strong enough to make my knees weak trotting up the stairs. "I can't continue acting like everything is ok. I want out! I want out of this house....out of this marriage! So when you leave for work, don't expect me to be here when you return.....I'm sorry." As I approached the door to head to the bus stop, they both told me they loved me and wished me a good day. Of course I responded with "love you guys too." But without hesitation I mumbled, "see you later mom." That was my way of telling her that I'd heard she and my father talking about her plans. As if life wasn't hard enough being the only black kid in an all white school...it wasn't quite like the schools of my grandparents but close enough. I stuck out like a sore thumb, inclusion didn't exist in my world at least at school. Most days I sat by myself during lunch because I was obviously different and they made sure I knew how different I was. Normally I use my notepad that I draw in to keep my mind off of the fact that I was alone in this big space. But today my parent's conversation kept playing in my mind and I kept wondering if she was serious. Would she just leave like that? How long have they been like this? As these questions played through my mental, I lost track of the time and was almost late for my next class. Luckily Mr. Goldman our school's Football/track coach and also the only other black face I see walking the hallways besides when I look in the mirror shook me awake. Me and Mr. G became pretty close, he went to school with my dad 100 years ago or something like that and all he talks about is how my dad could jump out of the gym like no one's business. Well I guess today he could tell that something was off, I didn't want to tell him because I didn't want him saying anything to my dad about it. So I played it cool when he asked "Aye Mak, you good man? You seem a little down..." "Yea, I'm good Mr. G....I’m just get tired of eating by myself ya know." "Ah don't worry about that Mak...you don't want to eat with them anyway." "I guess you're right.." "Mak, I've known you since you were born...you eating alone isn't eating you up....your folks separating is what's doing it..isn't it?" I paused for a second trying to figure out how he'd know. All I could muster up was "You knew?" In true Mr. G fashion he said "of course I knew fool....they fight all the time...just not in front of you." Which threw my day off even more because I began to think of times when I may have missed an argument because I just wasn't paying attention. The day flew by which I was kind of wishing for the opposite. I mean who wants to go home to the house I could potentially walking into.

My purpose knew me long before I knew it.

I speak through my pen/keyboard.

More stories from Lionel Speaks and writers in Families and other communities.