by AdunOluwa Laniya 5 months ago in extended family
Report Story

February 11th: On the train, Life could be a dream, Train to subway to Lyft with rain, Toni Shenanigans 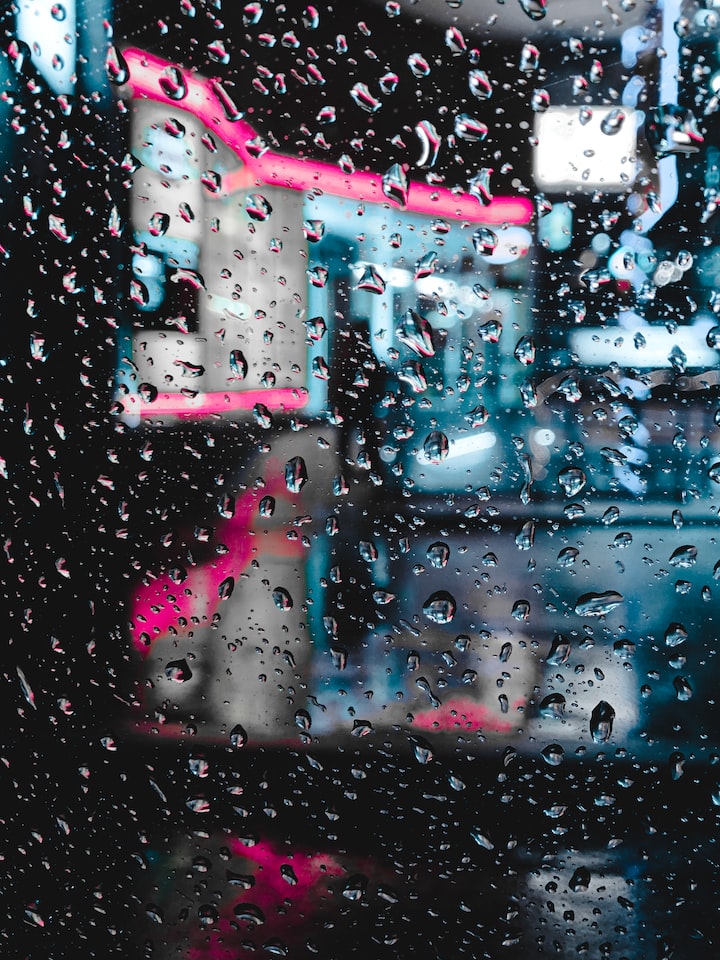 Photo by Phil Desforges on Unsplash

On the train Again, Life could be a dream, Train to subway to Lyft with rain

On the train I played some songs but I don’t remember which specific ones but they vibed with the trap remix of “Life Could be a Dream”. Somewhere, I think between Philly and DC, there were service men on the tracks lighting the rails on fire. Now I had heard that this was common in places like Chicago and it was kinda cool to see. By the time I got to DC, it was dark and I recalled the last time I was here a few months prior. I was with one of my friends from high school -he invited me to a DC museums trip with him, his mom and her friend. I recall thinking that he wanted to get to know me more -I then remembered the day when I was planning my current trip was the day of his exhibition opening. I had worried myself so sick about going on this current trip that I missed the opening. I felt kinda bad and I hadn’t seen him since the museums trip.

I had let my Aunty know I arrived safely after being on the train for 3 hours. I decided to take the subway to get to her house and then catch the shuttle that goes to her place. Getting a transpass/metrocard/buss pass (I’m not totally sure what they call it here) was pretty easy but I had a bit of an issue getting through the turnstile. It was a tap to enter one and I tapped one a few times which yielded nothing, tapped the one next to it and that yielded nothing, so I asked a commuter to help and it worked! Apparently the turnstiles I tried before were broken and had a “Do Not Enter” symbol that I failed to see.

I got on the train and it was nice to see subway cars that were clean, and not stinky like the ones back home. I got to the stop and looked for the signs to get where the shuttle was. I came to a “T” intersection and to one side I saw what looked like a shuttle stop because buses were there. I walked over and waited under a pavilion for about 20 minutes. It was drizzling outside and it felt like ice rain. I called my Aunty because no shuttles came, just regular city buses. She told me there was an area near a parking garage and shops. So I walked back to the “T” intersection and went the other way. I walked for a bit and saw the parking garage, passed by shops and found the place to wait for shuttles. There were three shed-like structures in a parking lot. It was like a shed but had windows for walls -I was cold and tired at this point from traveling and waiting. But shuttles were coming so again I waited. After about 15 minutes and still no shuttle for her place, I called a Lyft (Lyft was cheaper). The ride was about 5 minutes and I got to her place. I later learned (from trial and error) her building’s shuttle was the only one whose pick up location was inside the garage.

I walked inside and sighed a sigh of relief for finally being in a place where I can relax from traveling. I chatted with the adorable person at the front desk and they were expecting me. He asked where I was from, I told him and like most people he didn’t believe I was from Philly. I went up to my Aunty’s floor and was excited to relax with her Yorkie.

I subtly did the electric slide into my Aunty’s condo and was greeted by a lovely spot of pee left by Toni. I assumed he was upset that she left but now he’s got me! I held him and questioned his behavior then proceeded to clean it up. Afterwards I retrieved my bags from the hall and put them in my Aunty’s room. Toni and I went on a short walk around the block and when we got back it was feeding time. I got some chicken and rice out of the fridge and gave Toni his kibble while my food heated up.

Once I finished eating, it was playtime! He had these squirrel squeaky toys that he loved so we played with those. While playing tug of war, I noticed something was going on with his eye. There was a large red bump about the size of a quarter under his right eye. I was a bit worried and wondered if he had gotten stung, something stuck in there or maybe it was allergies? I texted my Aunty and sent a picture of the bump. Then Googled briefly what it looked like so I’d know what to do and called my sister. Her Yorkie has allergies and gets red bumps on his body so I thought she may have some good insight. I facetimed her and she suggested cleaning the area with something antibacterial and a bit of Benadryl. My Aunty sent a few messages and tried to call during the call. So I hung up with my sister and I wiped the area with antibacterial wipes. Toni fussed a bit but I was able to wipe the area. Before giving him Benadryl, I facetimed my Aunty and she picked up. I was holding him so she could see his face and the first thing she said was “Duuuuude, what happened?” I brought him closer to the camera so she could see the bump up-close and asked her what she thought about giving him some Benadryl. She said to give him a third, so I gave it to him and topped off his water bowl.

After the important stuff was done I put the camera on Toni and my Aunty called out to him. His moody self left my arms and walked away. He sat down about five feet from me -still in view of the camera and faced away. My Aunty laughed and said “Are you mad that I left?” He stayed in the same position and we both laughed. I put the camera on me and told my Aunty about how I ended up catching a Lyft because I was turned around and tired. We talked a few more minutes then hung up so we could get some sleep. I drew the curtains of her floor to ceiling windows, turned the lights out and then got in bed. Toni’s bed was along the wall, but he used his super jumping skills to leap onto the bed -I had to help him a bit but I only did that the first time. I thought to myself “This dog really has hops and he’s 11”. He slept near my legs and eventually got down. A few hours later I got up to get some water. I noticed there was a light still on and Toni was walking around. So I got some water, turned the light off and went back to sleep. Toni jumped back on the bed –this time unassisted.

Artist..on occasion?, foodie, and lover of naps. Giving vocal creators a try to get back in the habit of writing to release creative energy as well as for my mental wellbeing ^_~