by augu beal 4 months ago in advice 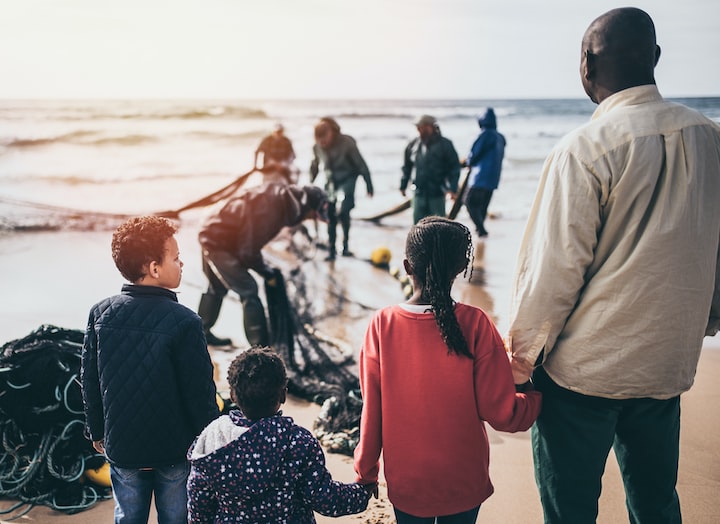 Photo by pixpoetry on Unsplash

On January 28, 2017, there was a protest at JFK International Airport protesting the implementation of President Trump's current decree (# 13769,) While hopeful immigrants were being deported, I remembered my three years of impatience in that area, waiting to pick up my new brother who was flying from Vietnam on a plane full of other refugees. An airplane for orphaned children and children was kept in Paris for nine hours, and people feared that their children would be sent back. More than 40 years later, the place where we once welcomed these immigrants was now turning our hopes and dreams into new ones.

As a child, I knew that my nation was involved in war. I learned about Vietnam from my parents and from Walter Cronkite. Kindly, my parents introduced me to the idea that more people were injured and killed in Vietnam, and that more people needed help. They told me about babies who had lost their families in the war. Finally, they explained that they wanted to have a baby - and that they especially wanted to have an injured or sick baby because not many people wanted those babies. As a kindergarten student, I was taught that we should help people who need it most. As a three-year-old, I was taught love and compassion for people who had been victims of foreign wars - even the wars that our country was involved in. I was just taught that helping was the right thing to do.

So we packed our tithe UNICEF boxes, said our prayers, and in 1973, when I was three and a half years old, we flew to New York to pick up my baby brother. I had seen a small black and white 1 x 1 ”passport photo. I knew his mouth wasn't growing yet. My parents had found an encyclopedia and showed me pictures to prepare for me. I was scared. I didn't care. I was so happy to have my baby! When I think about it now, I can't imagine what a plane with more than 200 orphans must have looked like. They flew from Vietnam to New York by a gas station in Paris - where they were detained for more than eight hours. As I got older, I discovered that this was normal. By the time I was three, I knew something was wrong. People were crying. People were talking about the child of their friends who had died while waiting. People said they could be turned away and sent back. Families with flowers, clothes, carts, blankets and stuffed animals were waiting, looking terrified. I was three years old. I ran around the airport shouting "Where's my baby?!?" and urging my father to lift me up to see the wonderful Christmas windows, displayed at terminal 4 at JFK International Airport.

My favorite part of the wait that seemed to last forever, was the pay-TV television my parents finally stopped letting me watch. You put a quarter in a box, which makes the green light shine, giving you 15 minutes of broadcasting, black and white television. As your time was running out, the light would start flashing to warn you that you need to add more money overtime. I remember lying on a large molded plastic chair, looking at Mary Tyler Moore in a small box. I shudder to think what it would have been like for those parents - fear, stress, a very tired school! The small TV gave them relief for 15 minutes, but the wait was hard, and lasted more than a dozen hours.

Eventually I curled up in a chair like this and fell asleep - giving a break to my tired parents.

Finally, we were told that the plane had landed, but we waited a long time for the orphans to pass through the customs and other lands. Finally, we were told where to meet, the door opened, and someone started calling out names on a sticker and likened the families concerned to the knowledge of the wrists and ankles of children and young children walking for days. A family we met was called while we waited. I remember my picture of Polaroid, smiling and relying on looking at a little girl. Finally, our name came up. My parents showed me the papers, and we got my baby. Maybe because I was young, maybe because it was too late and I was so tired, but I remember waiting longer than remembering the time when we found him.

I remember he was young. She is small. But the children should have been younger, wouldn't they? I did not realize it until many years later that when she arrived, our eight-month-old baby weighed less than 20 pounds [8 kg]. A pound and a half less than my own son was weighed at birth. My brother was starving at an orphanage where a few nuns cared for hundreds of children and young children. No one had time to pay special attention to a child who did not have a cup above, and who could not breastfeed. She had to be fed a can or cloth so she could swallow a little milk or formula. She was young, crippled, malnourished, and, at eight months old, my brother flew home with us wearing a little Santa suit that my mother had bought in size NEW-fit.

Receive stories by augu beal in your feed
augu beal
Read next: Almost a Catfish