by Yvvy 7 months ago in children
Report Story

Our First Forray into Homeschool 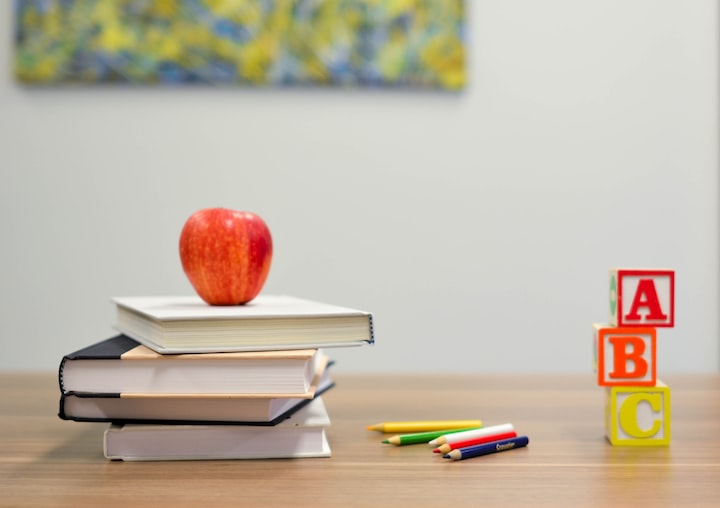 Things like Math, Science, and even Social Studies tend to be far over my head. It's a bit of a wonder that I ever graduated anything, though I have a GED tucked under my belt with a "college ready" score slapped across all the subjects.

I'm not convinced I'm prepared for this. I never really was convinced. The decision to homeschool my children was one made out of necessity. Safety for my oldest child, who was going through a phase of lying, falling into the wrong crowd, and making poor decisions. Security for my twins, who were being bounced in and out of in-person schooling and virtual schooling with public schools that had absolutely no idea what they were doing.

My children needed consistency. They needed people who knew what they were doing, lessons that were planned specifically for virtual learning, and an atmosphere that was safer for them with Covid running rampant, bullying a huge issue in their school, and my disability keeping me from attending school functions for them.

I had a choice of two schools (Yes, I know there were others, but two stood out to me) and originally had chosen k-12 academy because I knew my niece had attended the school and had done rather well. I was pleased when my son got in rather quickly, it didn't take a whole lot to get him in, and I didn't have to fight much over it. The school seemed well planned, with regular lessons, many live classes over cam and mic, and they even sent him several boxes filled with school supplies, a laptop, headset, and school books.

The other school was more central to our location. Connexus Academy was recommended by quite a few sites and bloggers, and I was becoming increasingly frustrated by the issues I was coming across with my girls and k-12.

While my son got into the program, his twin, who had basically the exact same paperwork submitted for her, was denied because someone checked the wrong date off on the proof of address form. This caused a huge set back with her. I tried contacting them repeatedly, opened chat and phone calls, and was repeatedly told it 'was being handled'. It was nearly three weeks of no school for my eleven-year-old daughter before someone finally found the issue, and, by then, she was waitlisted instead of simply being accepted.

In the meantime they had closed enrollment for my teenager, meaning she could no longer get into the high school classes I needed her to take. This was done out of the blue, with no warning, and no explanation. One day enrollment was open, and the next it was closed and she wasn't allowed to join in.

So I turned to Connexus. I knew Connexus was going to be a lot more work. They did fewer live lessons, more reliant on what they called "learning coaches" (that's me) for scheduling classes, lessons, and keeping attendance. This meant actually homeschooling my children. Sitting down, doing lessons, learning with them in most cases, and doing what I could to walk them through everything as it came.

I didn't have a choice, however. I wasn't willing to turn around and put them in public school when the school itself didn't even know if they would be doing live schooling, staying virtual, or attempting some funky mix between. This was important to me, and I was going to push forward.

I will say that the process for enrolling the girls into Connexus was considerably smoother. I had little to no resistance, they worked with me when I couldn't get ahold of their end-of-year report cards, scheduled assessments to place my teenager in the appropriate classes for her age and grade, and were extremely helpful and welcoming on the phones and in chat. In no time I had both girls enrolled in their classes, and ready to go.

They only provided me with one laptop for the whole house, which meant giving up my computer for my oldest when it came to lessons, but that was something I was willing to figure out. There was also a distinct lack of school supplies and books, though I have noticed much of the material is online, so the lack of books made sense.

Now the struggle to keep up was what I faced. Scheduling lessons, making sure they were on top of things, monitoring grades, taking attendance, sitting through lessons in order to help, monthly meetings with their teachers, and being the main source of schooling is something that sometimes feels incredibly overwhelming.

This is more noticeable when grades dip, there are eight lessons to get through each, and I don't understand the math assignments. It's hard not to feel like it's too much. Or like I've made the wrong choice in schooling them from home.

This, however, is a normal thing for any parent, isn't it? Am I doing it right? Did I make the right choice? Where do I go from here? These are all questions we face on a daily basis, especially as they grow up and wander into ages, situations, and emotions that we are not prepared to handle. I think it's not just normal to feel in over my head, but would be worrisome if I felt like I had it all under control.

Or, maybe that's just something I tell myself when I'm sitting in between three laptops, three math assignments open, and six eyes staring at me like I have all the answers. I suppose only time will tell from here on out.

I am a single mother of three! My largest passions is creating worlds within the written word. I'm so excited to begin sharing this love and passion with the world. Talk to me and follow me on Instagram @thatchickcharliesl !

More stories from Yvvy and writers in Families and other communities.