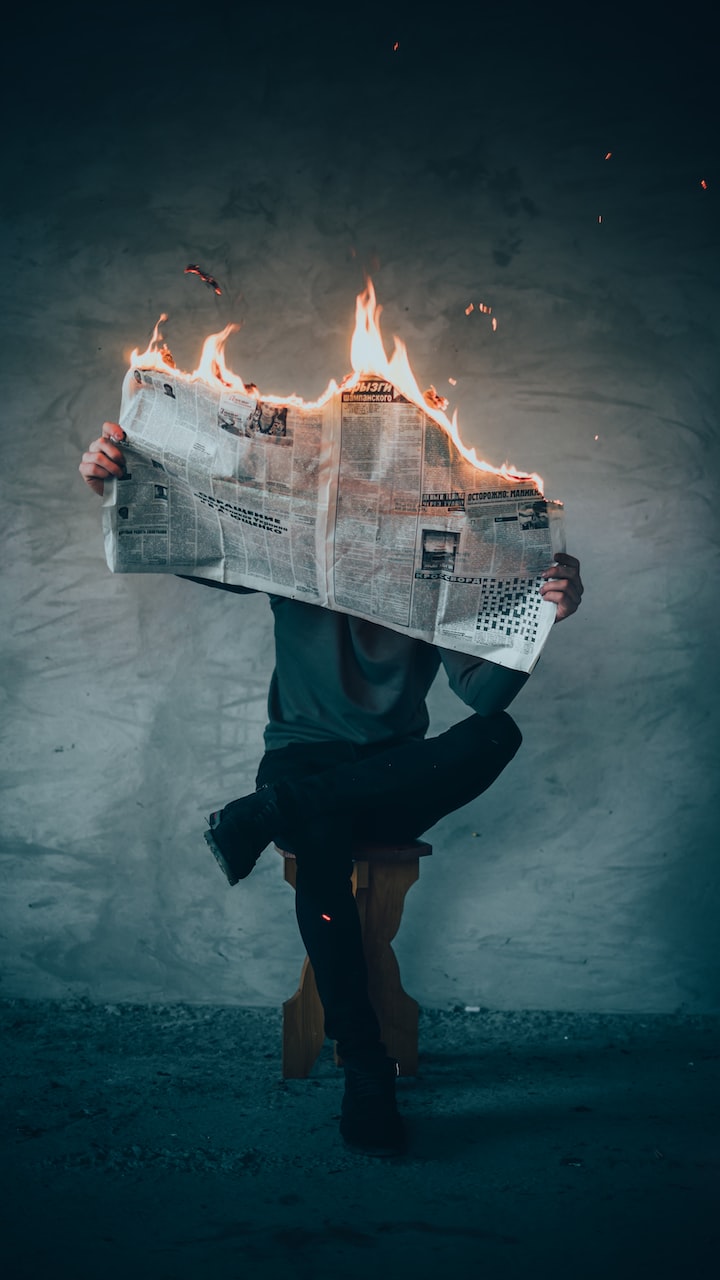 Photo by Elijah O'Donnell on Unsplash

This will go on from Crazy Life, so if you haven't read that first you should check it out. If you already read it, continue on

I left off where she made new friends and dad was in and out of our lives. Her going to work was supposed to help her feel better about herself and bring back the happiness that was lost. It only made things worse, they were divorced, yes that was true but she was still having him over to the house and confusing us all. She got a new boyfriend. He made sure there was plenty of alcohol and drugs to go around when he came over.

The story gets a little fuzzy here because somehow my mom convinced my grandparents that she was in AA and needed a car, she was doing great changing her life. That was far from the truth, but she got the car she asked for. It was nothing fancy just enough because it was hers and no one could take it from her.

She started staying out later and later, we had a babysitter that lived across the street from us. Their family was new to the neighborhood and the woman was trying to help out a single mom. The woman knew our dad was around from time to time, so when he came by to see my mom no one was there. The neighbor went across the street and talked to him. We ended up going with him to his dad's house for the night. The next morning my mom showed up without an excuse or anything and we went home, of course, they argued for a few minutes until his dad told her to leave before he called the cops on her.

We didn’t see dad for a while after that, she did stop us off at our grandparent's house and told us she would be back after she got out of work. The first couple of nights went fine and grandma was happy, that doesn't last long. She dropped us off the day after her day off and didn't come back for us that night. There were no cell phones at this time, grandma drove to her house a couple of times and called my aunt to see if she had seen or talked to her. That was negative and she had no choice but to sit and wait after we went to bed. Mom left us without a word for a week and decided it was time to go home.

They got into an argument but in the end, we had to do with her. She was a mother and had legal custody of us. The weeks go by with her drinking and partying then all of a sudden doing nothing. She would sit at home with us and watch whatever on television, and we would laugh. It was a great time that never lasted long, but we loved her. She was our mother and what else did we know?

She loved the summer and being outside whenever possible. There were two friends' houses and she would jump back and forth to drink. One drank as much if not more than my mom did and the other didn't drink at all. Jason was awesome, he didn't have a lot of money but he took care of us when we were over. He tried to get my mom to stop drinking so much though she didn't want to hear it. He had two brothers and a sister, none of them would drink but they were all close friends. We would stay the night at his when my mom couldn't get us home or she needed him to watch us, and we felt safe. Tim the other friend that drank, he was okay but he didn't like kids much and we didn't like him either.

He had a nice house and car, which the way he drank and being an adult now, I don't understand how he could afford it. The best explanation I can come up with is the lawsuits. The whole time we knew him there was a cast on some part of his body. It was such a long time ago but I think he fell off a roof, it wasn't very high thankfully. He broke his wrist, knee, and ankle in that one, and since it happened on the job, he sued and quit. He was in a car accident and it was the other driver's fault and he ended up in a leg cast. He fell down some stairs and was in a whole-body cast.

My mom liked to go to the lake and Tim would take us. Jason didn't like to go because he was overweight and felt people stared at him. So, Tim would go out there cast and all. He would drink along with my mom while we played in the lake. Thankfully we made it home every night. Neither of them thought about driving while drinking. My mom still has her car at this time but Tims looked better. She could drink more while he drove her all over the city.

Now it will get a little more interesting here for you guys reading. By this point, my parents have been arguing whenever my dad could catch her at home and she answered the phone. We knew sometimes by the things she would say it after she hung up, she would take the anger out on me. I don't know how many times after that my dad tried to catch us at home, but when he did finally see us on the road on our way home. He busted a u-turn in the middle of the street and followed us back to the apartment. My mom was drunk and she was angry that he was following her and he was angry that she was driving after drinking. He snatched the keys from her hands and threw them.

It was night time and it was winter, we were cold but tried to search the snow for my mom's keys. They stood there arguing back and forth, mom yelling that we better find her damn keys and dad telling her to shut up. See we were stuck outside since the apartment key was on the key ring he threw in the snow and refused to help look for. The neighbor let us in her apartment where I could call my grandma to bring the spare key. This was going to be the first time that she witnessed that she does drink and drive. By the time I got back outside because I didn't want to wait inside with the neighbor, dad was gone.

Mom was yelling at my sisters about the keys, she already forgot that our dad threw them in the snow. I mean where would we put the keys? It was too cold to play like that. She didn't seem to hear very well when she was drinking. We sat in the car as we were told to my mom as she sat in the driver's seat to wait for grandma. She didn't know what was going on, the alcohol took over and she was ready to pass out now.

Grandma let us inside and stood outside with my mom, we could hear their voices but not what was being said. After that night I do know my mom couldn't call my grandma for any help because she would refuse. If my mom would lie and say the kids needed something my grandparents went and bought it and brought it to us. It wasn't anything that she could take back for money either.

We all have our own opinions on this but she got worse at that point. She stopped caring about what the house looked like or if we had food or not. We spent more time away from home and that maybe because of my dad. I am not a hundred percent on that one. But I want to share one more thing with you before I end it for being too long.

My dad knew where her friend Jason lived to be they have been friends for a long time. She didn't see or talk to him for a while, so not sure how this went down.
My dad was on his way or driving in the neighborhood close to where he lived. He spotted us in the car with her and Jason and knew right away she was drunk. He decided to chase the car we are in and Jason decided to drive at high rates of speed to get away from him. Jason ended up going back down a back street where the road was a lot smaller and my dad drove over the curb and parked in front of him. When he tried to reverse quickly, my dad did the same thing over the curb and parked behind him. This time he didn't say a word to my mom but got us out of the car. We stayed the night with him that night and overheard how mad he was they were driving the way the both of them were.

Have a great day everyone and thank you so much for reading.

More stories from Kimmy Dexter and writers in Families and other communities.