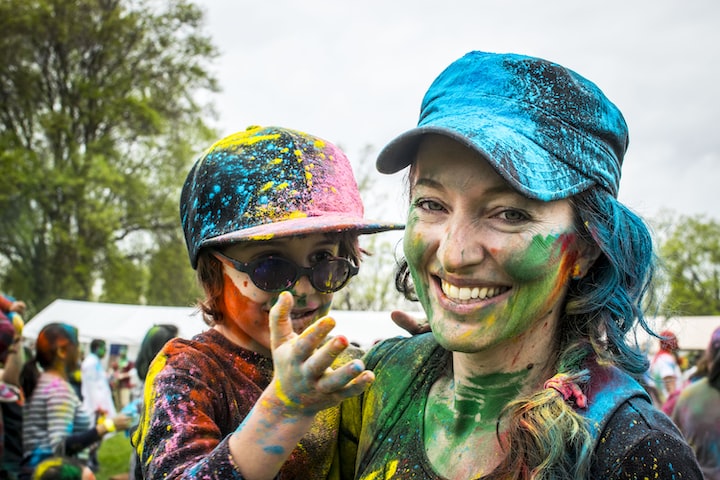 Photo by ketan rajput on Unsplash

“What could go wrong?” She asked the young girl, looking into her mother’s eyes. These were some of the last words Megan could remember her mother had spoken to her.

Thinking about all the fun moments she spent with her mother. Remembering the early years as we would sometimes sit on the pale brown sink in coach with her mother’s arms gently around her neck, she laid into her soft body as if resting on a bed, with the television sounding off in the distance with the Saturday morning cartoon ringing in our ears.

There was security having her mother around. She begins to touch her mother’s narrow face. “What are we going to do today?” Megan asked, “Well, what do you want to do today?” Mother questioned. Megan begin to wriggle her teensy body, with a childish sniggered on her face. “I want to go to the mall,” she replied, “What, the mall, but you went there last week,” she retorted. “But, I want to go again, I want the cabbage pact doll, you promise me will go this week,” petitioned Megan. “Oh, ok, you win,” she announced.

Megan abruptly headed to her room like a flash of light, while her mother staggered walked behind her. “What, am I going to wear?” asked Megan. “What about the pink pantsuit you got last week,” mom suggested. “Megan begins moving from side to side singing silently to herself, “I wanna be the one who walks in the sun, Oh girls wanna have fun,” Megan took her mother’s pale hands and began to sing to her, “Oh, Megan stop,” snickered mother, Megan continues to embrace her soft pale hands and start to strode slowly around her mother’s chestnut slender body. They both started to sing the chorus, they rhythmically with steps of dancing in the rhythm of the music, while her bitty face lies on her chest, hearing the rhythm of her heartbeat like a drum.

Following this, Megan remembered her friend. She had mentioned to her about going to the mall earlier. “Mom, can I call Brianna to go with us, please…please …please?” She prayed, with her hands folded in a prayer motion, “Go ahead,” she said, gesturing with her hand. She raced to the phone and called Brianna, “Mom, said you could come with us.” “Hold on,” she gulped, she could hear her in the background, “Mom, could I go to the mall with Megan?” echoed Brianna. “Yes, but be home by 6:00 p.m.,” her mom said.

In the meanwhile, she started getting ready. Megan was in such an ecstatic moment. She had forgotten to ask Brianna what she was wearing. Megan always likes it when she and Brianna look like sisters. Meanwhile, her mother started to look through her closet. Megan then walked into her mother’s room, “What are you putting on?” Asked Megan. “I don’t know,” she replied. “What about the pink blouse with the green strips in the front?” asked Megan. “It would look good with your black jeans pants.” Her mom pulled out the black jeans pants along with the pink and green blouse to wear. She escapes into the bathroom to take a shower and get dress. In the meantime, Megan sat in the front room watching “Bugs Bunny” “the rabbit has so many tricks,” thought Megan, she started to giggle to herself.

Soon after, her mother emerge from the room. She looked beautiful for a mother, as she stands before me with her long slender body, my mother could have been a model if she wanted to.

Finally, pulling into Brianna driveway. Brianna stepped into the vehicle. Megan was so excited to see her friend as always. As we sat in the back seat of the car, Megan mom turn on the music, “I wanna be the one who walks in the sun, Oh girls wanna have fun!

Charlene Dawkins holds a Bachelor of Arts in Social Studies in Nashville, TN. She teaches at a primary school in the Bahamas, Charlene writes short stories, non-fiction, and poems. Some of her work has been published.

More stories from Charlene Dawkins and writers in Families and other communities.